Pindad PT is an Indonesian state-owned arms company, producing a wide range of weapons for the Indonesian military, police and security forces, and exporting to a number of other countries in the region. In 2016 the company had just over 2000 employees and revenue of around £100m.

The company produces a wide range of weapons for use by armies and security services, including small arms such as handguns, rifles, machine guns, as well as grenade launchers, mortars in a range of calibres, armoured vehicles, and tanks.

The company has a number of agreements to manufacturer weapons under license, meaning they were originally designed and produced by other companies in other countries. Examples of this occurring include the STK 40 AGL 40mm grenade launcher, which was originally designed by a Singaporean arms company called Chartered Industries of Singapore, and the SS1 assault rifle and SM-2 machine gun, both produced under license from the Belgian company FN Herstal – itself owned by the regional government of Wallonia.

Pindad has callobrated with the Turkish arms company FNSS Defense Industries Company to develop and manufacture the KAPLAN MT Modern Medium Weight Tank. The KAPLAN is armed with a 105mm Cockerill 3105 turret, built by the Belgian company CMI Defence, and went into production in 2017. The company has also signed an agreement to collaborate with South African arms company Paramount Group on weapons such as the Harimau tank and the X18 “tank boat” fire support vessel. The memorandum of understanding was signed at the D&S arms fair in Bangkok in November 2019.

Unsurprisingly, most of the weapons produced by Pindad are in use by the Indonesian Armed Forces. Weapons made by the company are also used by militarised police units such as the BRIMOB, a paramilitary wing of the Indonesian Police Force, such as the SS1 and SS2 assault rifles, P1/P2 handgun, SPR-2 sniper rifle, and the SPG1 grenade launcher.

Pindad also produces a range of weapons used to counter protests, such as tear gas, rubber ball grenades, and smoke bombs, designed to be thrown or fired from grenade launchers. Twitter users have shared photos of spent cartridges from the MU24AR grenade after police units fired tear gas at a protest outside the House of Representatives. The tear gas appeared to be three years out of date.

The company also advertises vehicles used by riot police units on their website, such as water cannons and militarised 4x4 armoured personnel carriers.

Pindad has exported a range of weapons to other countries, such as the PM2 submachine gun to Timor Leste and the SPR-2 sniper rifle to Fiji. In 2017 the SS2 rifle was licensed for production in the United Arab Emirates by the local company Continental Aviation Services, among other weapons included in the technology transfer.

A large number of companies, including Brunei, Bangladesh, Iraq and Malaysia have expressed interest in purchasing the Anoa armoured personnel carrier.

In December 2019 Pindad announced the signing of a memorandum of intent with the government of Ghana, covering the supply of equipment, establishing maintenance, repair and overhaul (MRO) and after-sales services including training and facilities.

In February 2020 Indonesian media sources covered an expression of interest from the Philippines in purchasing combat vehicles from Pindad in a memorandum of understanding which include procuring equipment and developing the arms industry in the Philippines. 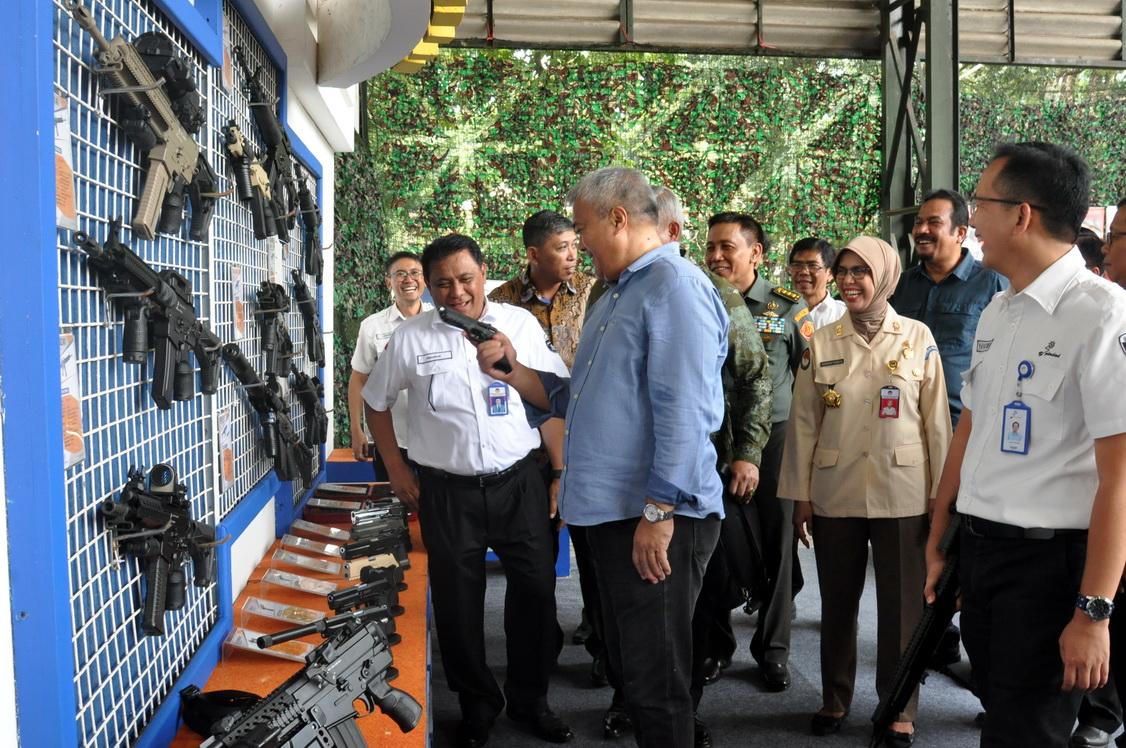