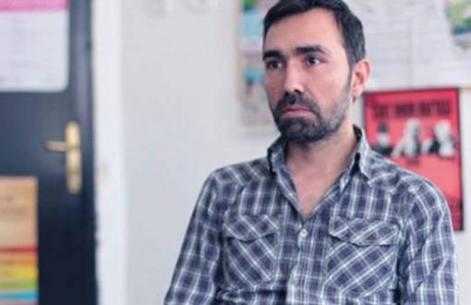 Conscientious Objector Mehmet Tarhan was detained in Aydın province and then was released on probation. Tarhan commented: “Civil death started for me.”

Conscientious Objector and LGBTI activist Mehmet Tarhan was detained in Aydın province and then released.

Tarhan talked to bianet that he was placed a charge of being deserter in March 2015 and a warrant was issued.

Tarhan was taken to prosecution and then to recruiting office in Aydın province in Aegean Region of Turkey:

“They granted me two days to be enlisted and then released me in the recruiting office. It means the time of “civil death” started for me.

Tarhan objected to wearing military uniform and to performing compulsory military service and so he was sent to Sivas Military Prison.

Conscientious objector went on a hunger strike since his hair and beard were cut off without his permission and he was battered there by other soldiers because he refused to perform his military service. Tarhan resorted to the European Court of Human Rights (ECtHR). European Court ordered Turkey to pay 10 thousand Euros for the penalty.

In February 2015, Sivas Criminal Court of Military sentenced Tarhan to 15 months in prison with insubordination charges and ordered him to pay 2,647 Euros. Tarhan said he would resort to the Supreme Court. (EKN/BD)