Lessons from the Arab Spring 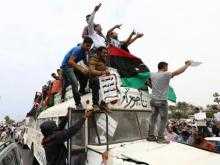 The popular unarmed uprisings in the Arab World early in 2011 took the world by surprise, both because most observers did not expect demands for human rights and democratic choice to become central in Arab states, and because they did not expect mass protest to be predominantly unarmed. However, in retrospect there are many reasons why initially the 'Arab Spring' took the forms it did in Tunisia, Egypt, Bahrain, Syria, Libya and other states. Moreover, as scholars of nonviolent civil resistance pointed out, in the first months the most significant movements displayed some of the classic characteristics of such resistance. In the longer term, however, many of the movements have failed to fulfill their initial promise, overtaken by armed civil war (as happened quickly in Libya and more gradually in Syria), or failing to achieve their initial democratic promise - most notably in Egypt. The impressive protests at the 'Pearl Roundabout' in Bahrain were quite quickly crushed, and preemptive offers by rulers of Morocco and Jordan to make reforms to meet public demands have so far only diluted royal power. This article briefly elaborates on the points made above, and then raises some questions about the future.

Why the Arab Awakening Was Likely to Happen

Internal factors were important in sparking the uprisings, for example the growing number of well-educated young people combined with restrictive economic conditions, and growing anger at regime corruption and repression. But global factors are especially relevant both to demands for greater democracy and the initial choice of primarily nonviolent methods. Since the 1980s there has been a dramatic rise in the number of states around the world adopting forms of electoral democracy, often in response to people power uprisings, combined with various international pressures. Even authoritarian regimes increasingly derive legitimacy from supposedly free elections, and many examples of people power since 2000 (for example in Sub-Saharan Africa and the former Soviet states) have challenged rigged elections. The idea and strategy of nonviolent resistance have also been promoted widely by some individuals and activist groups. Some activists in Egypt, for example, learned from the tent city resisting the rigged elections in the Ukraine in December 2004, and had read Gene Sharp's writings. Arab activists may also have been attuned to the significant (if partial) role of unarmed resistance in the Palestinian struggle, and to the Green Movement in Iran 2009-10. The role of the internet in spreading news, and enabling rapid organisation of protests, has clearly been significant, and well documented, especially in the case of Egypt.

How Far Did the Initial Uprisings Conform with Nonviolent Strategy?

The Arab uprisings, which began in Tunisia and then Egypt, were never strictly nonviolent, but the methods used of strikes, civil disobedience and in particular occupation of key symbolic spaces and mass demonstrations were typical of nonviolent resistance, and many of the demonstrations did reflect an ethos of self-discipline, mutual friendliness and cooperation between many different sectors of urban society. Women were quite prominent, students and intellectuals mixed with workers and artisans, and in Tahrir Square in February 2011 Coptic Christians were welcome alongside Muslims. Even in Syria, where the regime rested on support from religious minorities - notably the Alawites, but also the Druze and the Christians - the nonviolent protesters tried in their slogans and symbolism to create links across religious divides (Bartkowski and Kahf, September 2013). The unfolding of the uprisings also initially achieved a key goal of nonviolent resistance strategy: refusal by the security services to implement a crackdown (Tunisia and Egypt) and defections by members of the armed forces (Nepstad, 2011).

But it soon became clear that religious and political divides would undermine prospects for a smooth transition to more democratic regime. Even in Tunisia, the first and most successful movement for regime change, tensions between the more secular liberal groups and Islamists. seeking a more Islamic state, have created problems for the new 'democracy'. In Egypt the lack of agreement among the secular opposition groups and their deep division with the Muslim Brotherhood (together with the unconstitutional actions by the elected President Morsi) have proved disastrous, opening the way in 2013 to a reassertion of de facto military rule. The refusal of the Egyptian military to crush the 2011 uprising and save Mubarak, ambiguous at the time, now suggests a long-term commitment to maintain underlying military control of the regime through tactical adjustments.

Defections by sections of the armed forces before the uprising had developed sufficient societal unity and leverage for nonviolent change led to civil war in Libya and western military intervention. In Syria soldiers did begin to flee Syria, and to cross over to the rebels - at risk of execution, but Nepstad, writing in 2011, argued that because only a very small proportion of the military had defected, Assad was able to block the uprising. Some officers and soldiers who changed sides formed the Free Syrian Army, which over time has turned the conflict into an armed struggle, and given the intransigence of the Assad regime and their recruitment of Hizbollah fighters from Lebanon, created conditions for external forces to turn the conflict into a destructive war between ruthless extremists. By now most observers have forgotten the months of brave unarmed protest in 2011 and are unaware of continuing protests by the nonviolent resisters, and the fate of Syria seems to depend on external powers (Iran and Russia backing Assad, and the West supporting the moderate opposition.)

Ironically, those movements that suffered initial defeat or failed to gain momentum may now have better prospects than some that overthrew their dictators. Although the Bahrain government, backed by the reactionary Saudi Arabian government, quickly crushed the uprising, protests there continue, including celebrations of the anniversary of the uprising in both 2012 and 2013, and there have been some signs of possible regime concessions. Not only regional but international power relations have been unhelpful to the Bahrainis, as the USA has a large naval base there and gives more weight to its strategic interests than to its professed ideal of democracy in this context. Nevertheless, the factors that encouraged the 2011 uprisings still create a context for further popular pressure, not only in Bahrain but in Jordan and Morocco, where protests on both political and socio-economic issues continue.

Unfortunately, however, the fallout from Libya - which remains politically very unstable and is now exporting Islamic extremism to Tunisia - and the even more worrying prospects of Syrian disintegration, do not bode well for prospects of peaceful democracies in the region. When 2011 started, the mass unarmed displays of people power and calls for greater political freedom, democratic choice and governmental accountability took the initiative away from violent jihadists committed to an authoritarian Islamic future. The fighting in Syria has brought Al Qaeda and similar groups back into the political frame. As a result the need for creative nonviolent solutions, most notably in Egypt, has become more acute.

Maciej Bartkowski and Mohja Kahf, 'The Syrian Resistance: a Tale of two Struggles', openDemocracy, 23 and 24 September 2013