West Papua is an Indonesian colony with an active independence movement.  Before the fall of the Indonesian dictator Suharto in 1998, the military and police formed a single unit under a single chain of command.  They were separated from each other in reforms aimed at demilitarising the police, a process which the ‘war on terror’ has brought to a definitive end.

Police brutality is common and a growing problem with the Mobile Brigade Corps (Korps Brigade Mobil or BRIMOB, armed paramilitary police) and Special Detachment 88 (Detasemen Khusus, Delta or Densus 88, US-armed counter-insurgency special forces) being notoriously violent.  In the first half of 2016 alone, over 4,000 nonviolent activists supporting West Papuans’ right to self-determination were arrested by the police, beaten and tortured.  The police also kill and in all this they act with impunity.

Paramilitary groups train openly and are backed by the police.  In July 2016 in Yogyakarta (Java), the police beat and humilitated a group of West Papuan students whilst others were being threatened by a militia for singing freedom songs in their dormitories.  Militia include Lembaga Missi Reclassering Republik Indonesia (The Institute with the Mission of Reeducation for the Republic of Indonesia) and Barisan Rakyat Pembela NKRI (BARA NKRI, the Unitary Republic of Indonesia People’s Defenders Front).  In a manner reminiscent of what was seen in East Timor, the state, through backing the militias, is trying to create a conflict on the ground so that this is no longer a case of militarised actors persecuting those who want self-determination but an internal conflict.  It is indicative of a move towards further militarisation and violence.

The ‘frontline’ role that the Indonesian police are seen as playing in the ‘war on terror’ garners them international support and means that the world is content to turn a blind eye to their repression of political activists in West Papua.

The context of policing in West Papua is one of military occupation.  Militarised policing is used to maintain the occupation and colonial exploitation of West Papuans’ land and resources.  Policing is militarised and more than merely violent or brutal because it is born from the military logic of conquest and subjugation, of war, but where this time the police, along with the paramilitary groups, are the actors, the occupying forces.

Militarised policing does not just target those who dare to voice their demands for independence; it is a direct response to them.  The racist logic of colonialism is integral to the way in which it operates.  Its function is to uphold an occupation which allows for the exploitation of the resources of West Papua through mining, oil and gas projects, logging and palm oil plantations.  In doing so, it must ensure the removal of indigenous nations from the land in favour of timber, mining and gas interests and the framework within which it can do so is one in which the indigenous West Papuan population is the object of hate and fear and so treated with racist contempt and abuse.

An international campaign is being mounted to condemn foreign support for the Indonesian police which includes training and the supply of weapons by the USA, UK, Australia, Japan, Germany, Denmark and the Netherlands.  West Papuans also call for Indonesian voices to speak out as it is dangerous for them to do so themselves. 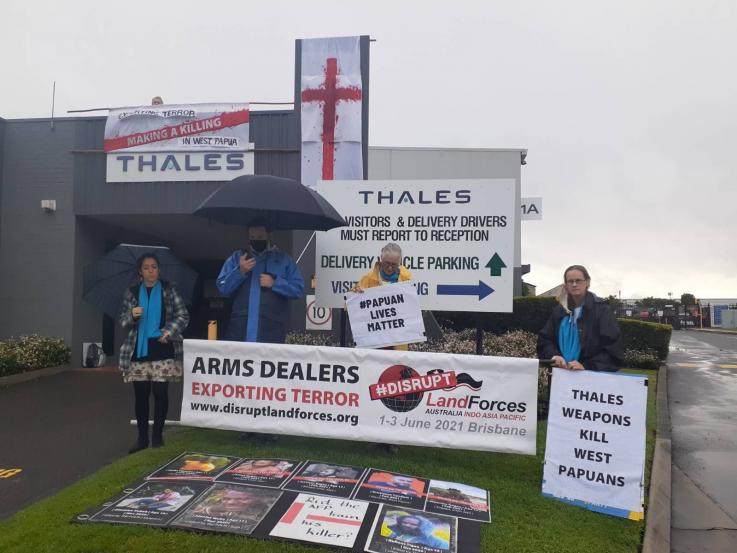 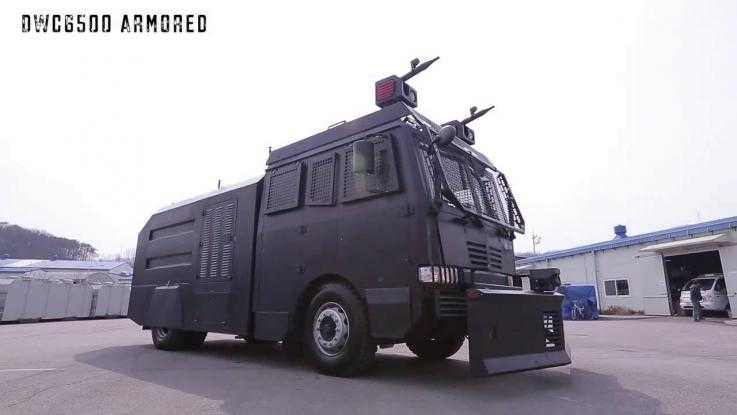 Daeji P&I is a company based in South Korea builds a number of vehicles designed for use by police units, including water cannon and armoured personnel carriers. 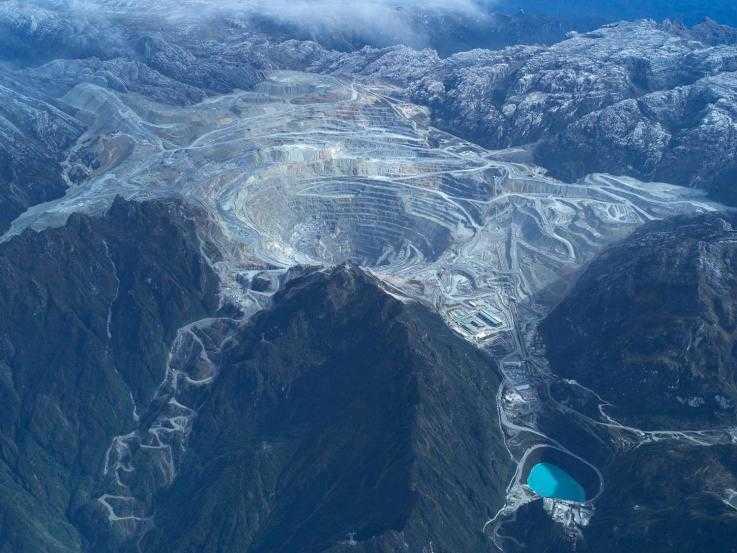 A former Dutch colony, West Papua was occupied by the Indonesian military in 1963. The international framework that allowed this occupation to take place was based on the economic and political interests of the United States and supported by its allies the…

Raising the flag (without getting arrested or killed)

On November 28, East Timorese celebrate the anniversary of the day in 1975 when their country was declared an independent nation and they raised their flag for the first time. On December 1, West Papuans also remember the day in 1961 when they declared independence and their flag, the Morning Star or Bintang Kejora, was first raised. However it is likely that any celebrations there will be broken up with brutality by Indonesian security forces.

The newly independent nations of East Timor and West Papua were both crushed by Indonesia shortly after declaring independence.  Australia turned a blind eye on both occasions, and continued to ignore the brutality by which Indonesia sought to keep control of both countries...

Visit: Raising the flag (without getting arrested or killed)

West Papua protest: Indonesian police kill one and wound others

Indonesian paramilitary police have shot and killed one person and wounded a number of others at a protest in a West Papuan village, according to human rights groups and local witnesses.

If You Cared About Standing Rock, You Need To Know About West Papua

This week, activists across the world celebrated as the Army Corps of Engineers announced that it would not grant the permit for the Dakota Access pipeline to drill under the Missouri river. This followed campaigning efforts from local Standing Rock Sioux tribe and thousands of Native American supporters from across North America and further afield, who argued that if the pipeline was approved, their spiritual lands would be compromised and local waters would be contaminated, threatening their livelihood. With a message that resonated with indigenous rights activists and environmentalists everywhere, campaigners were successful in forcing officials to back down...

Visit: If You Cared About Standing Rock, You Need To Know About West Papua

This report analyses political developments and human rights violations in West Papua by the Indonesian state in response to the West Papuan people’s aspirations for self-determination.  It covers the period between January 2014, when a delegation of Melanesian Spearhead Group Foreign Ministers’ visited the territory, and 15 July 2016, the day after Melanesian Spearhead Group Special Leaders meet in Honiara and decided to defer a decision on the United Liberation Movement for West Papua’s application for full membership. That decision will now be made by MSG leaders in Port Vila, Vanuatu before September.