Elbit Systems is one of the world's largest defence electronics manufacturers and integrators. Established in 1967, and based in Haifa, Israel, Elbit employs 11,000 people worldwide. It supplies the military, navy and air force in the occupation of Palestine, and has profited greatly from Israel's numerous attacks and assaults on the Palestinian and Lebanese people. Gaza and southern Lebanon in particular serve as testing grounds for Elbit's weapons and technology, as it continually develops and enhances its products based on the expertise gained by the attacks on the people in this area. 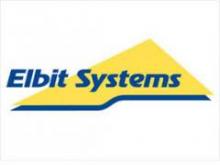 As Israel ruthlessly destroys the besieged Gaza Strip, its largest developer of military technology, Elbit Systems, is benefiting from the bloodshed.

US-traded shares of Elbit have climbed 6.1 percent since 8 July, when Israel began its latest offensive against the Gaza Strip.

According to Bloomberg BusinessWeek, Israel’s three-week long massacre of 1,200 Palestinians in Gaza, including nearly 300 children, “has pushed [Elbit’s] stock close to the highest level since 2010 while its valuation on a price-to-earnings basis is near the most expensive in five years.”

The rising stock is driven by speculation that the Haifa-based company will see increasing demand for its products from both the Israeli and foreign governments impressed by the performance of Elbit’s blood-soaked performance in Gaza.

Palestine is a laboratory

Like most Israeli military contractors, Elbit benefits from Israel’s decades-long brutal occupation of Palestine, which serves as a laboratory for Israel’s ballooning “homeland security” industry to test and perfect methods of domination and control, with Palestinians as their involuntary lab rats.

Israel’s suppression technology is then exported to regimes that are similarly invested in subjugating the poor and marginalized, like the United States, where Elbit was recently granted a lucrative $145 million contract to provide surveillance technology at the Arizona-Mexico border.

This is the same Elbit surveillance technology used to construct and maintain Israel’s apartheid wall in the occupied West Bank, which the International Court of Justice has deemed illegal under international law.

Experimenting on Palestinians has paved the way for Israel, a country the size of New Jersey, to become the world’s number one exporter of unmanned aerial vehicles (UAVs), more commonly known as drones.

Elbit’s Hermes drone is one of the most widely used by the Israeli army, particularly in the Gaza Strip, where the Hermes 450, outfitted to carry two medium range missiles, has been heavily deployed against civilians in Gaza.

Marketed as “combat-proven” on the company’s website, the Hermes 450 drone boasts “300,000 operational flight hours and a class-leading safety and reliability record,” a bold declaration for a product that, according to Human Rights Watch, was used by the Israeli army to deliberately target civilians in Gaza during Israel’s 2008-2009 onslaught, which killed 1,400 Palestinians, including at least 400 children.

The Hermes drone was also used to kill civilians in Israel’s war on Lebanon in 2006, including Red Cross workers, ambulance drivers and dozens of people fleeing their homes in a desperate and futile search for safety from Israeli bombardment.

Apparently impressed by the aircraft’s capacity for bloodshed, the Brazilian government purchased a fleet of Hermes drones to help crush the massive protests that erupted across Brazil against the recent World Cup.

In a deal worth $280 million, the Swiss government last month purchased the Hermes 900, a surveillance version of the more deadly Hermes 450.

Elbit is also involved in a $1.6 billion joint venture with Thales, a French weapons company, to develop a drone similar to the Hermes 450 for the UK defence ministry.

Palestinian children whose tiny bodies are torn to shreds by Elbit’s equipment are central to the company’s advertising strategy.

In June, Elbit secured a $20 million contract to supply the Philippines armed forces with, among other things, unmanned turrets, remote control weapons stations and fire control systems. All of these systems furnish various models of the Israeli army’s most widely-used Merkava tank, several of which are currently inside the Gaza Strip, shelling hospitals and UN-designated shelters and reducing entire civilian neighbourhoods, like Shujaiya, to rubble.

The company similarly markets its remote-controlled weapons station as “field-proven,” adding that it “incorporates over thirty years of development in stabilization systems.” As for Elbit’s fire control systems, they have “repeatedly met the test of combat.”

Decades of “field-testing” its killing machines on Palestinians is a selling point for Israel’s “homeland security” industry, and judging by the anticipation for profit that prompted Elbit’s shares to grow, it is a strategy that works.

This is one of many reasons Palestinians have demanded an immediate and comprehensive military embargo on Israel.

Gaza is a ghettoised open-air laboratory of death and destruction. Equipment tested there is being exported to other parts of the world.

It is long past time to heed the Palestinian call to sever ties to this oppressive system at the source.