Every Thai male is required to enlist in the military reserve force at the age of 18 years. At the age of 21 years, they are screened for physical disabilities and recruited on a demand basis for two years of military service as private soldiers2. All men aged 21 to 30 are liable for a two years' military service, with reservist duties applying afterwards. Buddhist monks, students in certain technical studies and naturalised students are exempted. The exemption of naturalised students is meant to exclude Chinese from joining the armed forces3.

It is possible to volunteer for military service from the age of 18, in which case military service will be between six and 18 months, depending on ones education level. Volunteer soldiers with a bachelor's degree are in service for only six months and those who have diplomas or have completed the second year of the army's territorial defence training serve only one year4.

Call-up takes place once a year. Each is given a quota of the number of recruits needed by the armed forces. As the number of liable conscripts is far higher than the number needed by the armed forces, recruitment is by ballot: those drawing a red ticket had to perform military service; those drawing a black ticket did not. In the 80s and 90s the recruitment system increasingly became subject to public debate. Obviously the system was likely to lead to favouritism on the hands of influential or rich people. As a result most of the conscripts in the armed forces had a poor and uneducated background5.

Military service can be postponed for males who are studying in higher education institutions, but for no longer than five years.

Alternatively, young males can engage in an extracurricular course for students of upper secondary and higher education. The course is offered by the Territorial Defence Department, Ministry of Defence, requiring five years to complete. The minimum requirement for this course is the participation for three years as a reserve officer training corps (ROTC) student. Titles of provisional second sergeant, first sergeant and second lieutenant are granted to those who complete three, four and five years of ROTC respectively.

ROTC graduates are exempted from military service as private soldiers. They form part of the reserve forces without having served in the army. Some are later called to join the army when needed, but only a few are recruited each year. Males and females aged 15 to 22 years, with Grade 9 education are eligible to participate in the ROTC programme6.

There are several paramilitary forces who compose the defence force of a territory and may be considered as the reserve forces. Thailand, in fact, plans to increase the strength of its reserve forces as it regards it as a way to enhance defence capabilities at a lower cost9.

The recruitment methods of these paramilitary forces are not known.

More than 60% of the Thai Armed Forces is comprised of professional soldiers. However, not much is known about recruitment practice and service conditions.

There is no known legal provision for conscientious objection10.

The rules for terminating a service contract prematurely are not known.

Draft evasion has been a widespread problem. In 1999, it was reported that an estimated 30,000 persons, most of them sons of rich and influential people, evade conscription11. Corruption is widespread to avoid military service, according to anecdotal evidence12.

According to section 25 in conjunction with section 44 of the Military Service Act, failing to report oneself upon notice, can be punished with not more than 3 months imprisonment or a fine of 300 Thai Baht (£5.50) or both.

Not attending military service selection can be punished with imprisonment of not more than 3 years, under section 27 in conjunction with section 45 of the Military Service Act13.

Details of punishment for avoiding military service are not known.

2Economic and Social Commission for Asia and the Pacific: Youth in Thailand: A Review of the Youth Situation and National Policies and Programmes, United Nations, New York, 2000, http://www.unescap.org/esid/hds/youth/youth_thailand.pdf, page 49, accessed 28 September 2009

6Economic and Social Commission for Asia and the Pacific: Youth in Thailand: A Review of the Youth Situation and National Policies and Programmes, United Nations, New York, 2000, http://www.unescap.org/esid/hds/youth/youth_thailand.pdf, page 49, accessed 28 September 2009

10Eide, A., C. Mubanga-Chipoya 1983. Conscientious objection to military service. report prepared in pursuance of resolutions 14 (XXXIV) and 1982/30 of the Subcommission of Discrimination and Protection of Minorities. United Nations, New York.

Thailand: charges dropped against Netiwit and his fellow protesters

The latest issue of our newsletter CO Update is out! In this issue, you'll find stories on conscientious objection and conscription from Ukraine,Turkey, Eritrea, Germany, USA, Azerbaijan, Thailand, among others.

Thailand: Conscientious objector blocked NGO board membership by the Thai Ministry of Interior

On 7th May, student activist and conscientious objector Netiwit Chotiphatphaisal shared an internal police report from 2018 on his Twitter account, according to which he got engaged in ‘unsuitable behaviour’ and he cannot be in the Youth Board of Amnesty International Thailand.

If the subtitles do not load automatically, click 'CC' at the bottom of the viewer. 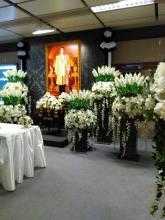