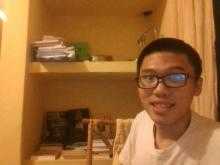 Thailand: Thirty nine people who took part in a peaceful protest on Sunday 27th January are expected in court this week, charged either with sedition, violating the ban on public assembly, or violating the 2015 Public Assembly Act which prohibits assembling within 150 meters of the boundary of the Royal Residence.

Two days after the nonviolent protests the National Council for Peace and Order filed police complaints against these pro-democracy activists, including Netiwit Chotiphatphaisal, a conscientious objector who War Resisters' International have been working with closely for over a year.

In his statement made on his website, Netiwit said

Being bullied by the authorities this time does not fear me. At least I did something meaningful for our country. It honestly makes me proud to be one of the alleged activists.

The rally was protesting military rule and the postponement of general elections planned for later this year. The elections, which have already been postponed several times since the military took power in a 2014 coup, were slated to take place in November 2018, but lawmakers then changed election law resulting in the vote being pushed further back, possibly to January or February 2019. Read Human Rights Watch's story on the events here.

The protests were a rare sign of dissent. Since taking power, the military-led government has outlawed peaceful "political" gatherings. Hundreds of people have been harassed or jailed for speaking out or challenging the government's militarism. This has also affected conscientious objectors. Last year Netiwit Chotiphatphaisal was sent call up papers as part of a list of celebrities annually targeted for conscription. He avoided this because he is still a student, which grants temporary exemption from the draft.

Send an email to the Minister of Foreign Affairs through using our template email here asking that the charges be dropped. Please also consider sending a separate email to Thailand's embassy in your country (find a list here).