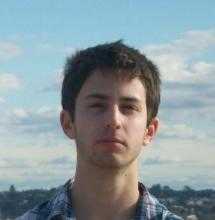 His first three prison sentences were 10, 20 and 14 days long respectively.

Since the prison authorities often block mail from reaching imprisoned objectors, we also recommend you to send them your letters of support and encouragement via e-mail to Natan at nathanbl@walla.com.

War Resisters' International calls for letters of protest to the Israeli authorities, and Israeli embassies abroad. An email letter to Israel's Minister of Defence Ehud Barak can be sent at /node/21007.