War Resisters' International is concerned about the upcoming trial of South Korean conscientious objector Yoonjong Yoo on 4 April 2012. It is likely that he will be sentenced to 18 months' imprisonment and arrested at the end of the trial, or soon after, to serve his prison sentence. 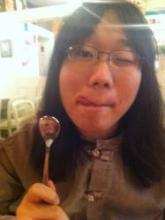 In his declaration of conscientious objection, Yoonjong Yoo wrote:

"I asked myself at what time I decide to become a conscientious objector. It was at the age of fifteen, when I started to develop a critical view of nationalism and totalitarianism. It began at school when they forced the uniform on me, forced me to have the same hairdo, provided a standardised education, and ignored individuals. I thought that the state exists for the people, and that the demands of the state to its citizens should be minimised. It is just weird to compel me to sacrifice myself or to demand acts of patriotism from me when I am not willing to do so, and do not agree. We are not accessories of the state."

As of December 2011, 810 conscientious objectors were serving prison sentences in South Korea, usually of 18 months.

War Resisters' International calls for letters of protest to President Lee Myung-bak.
A protest email can be sent at http://wri-irg.org/node/14943.