Conscription is enshrined in Article
139 of the 1992 Constitution, which says: “Citizens of the
Republic of Lithuania must perform military or alternative national
defence service according to the procedure established by law”1.
It is further regulated by the 1996 Law on National Conscription
(1593/1996).

Conscription has in fact been
suspended on 15 September 2008. The last conscripts left the
Lithuanian Armed Forces on 1 July 20094.

For those called up before 15
September 2008, the length of military service was 12 months, and 6
months for university and college graduates.

All men between the ages of 19 and
26 are liable for military service, should conscription be enforced.
Reservist obligations apply up to the age of 35.

All male citizens of the Republic of Lithuania, upon reaching 16 years of age, enter in a military
register at the local territorial military office and are issued a draftee’s certificate.

According to the announcement on the
suspension of conscription, no medical examination of those
registered will take place. It can therefore be assumed that
potential draftees, upon reaching 19 years of age, no longer have to
appear at a local territorial military office within a 45-day period,
which starts 30 days prior to the draftee’s 19th birthday
and ends 15 days after the birthday5.

The number of young men being
drafted into the military was already going down. In 2007, only 2,738
men joined the military as conscripts (compared to a total strength
of 7,170 professional soldiers)6.
This number was to go down to only 2,000 by 20117.
The announcement of 15 September 2008 brought the suspension of
conscription forward.

According
to website of the Lithuanian Armed Forces, all Lithuanian citizens
under the age of 35 who did not stand trial in the past can join the
Armed Forces. The initial service period is four years, but can be
renewed9.

There is also the option to join as part-time volunteers. During the course of
service volunteers master a military profession, are sent to
exercises and international missions. Volunteers annually spent the
average of 20 days and nights on exercise10.

The right to conscientious objection
is enshrined in Article 139 of the constitution. Article 4, paragraph
3, of the Law on National Conscription governs substitute service for
those who do not wish to bear arms on the grounds of religious or
pacifist beliefs. However, the scope of the accepted beliefs is
unclear, and the United Nation Human Rights Committee repeatedly
asked for clarification on the matter11.

According to the available
information, a special commission composed of representatives of the
military, doctors and priests decided on applications for
conscientious objection and appropriate “alternative military
service” before the suspension of conscription. The phrasing
“alternative military service” makes it doubtful that this
substitute service was a genuine civilian substitute service.

The Law on National Conscription does not specify if there are time limits for submitting CO
applications. However, the absence of clear legal provisions implies
that serving conscripts and reservists cannot apply for CO status.
Moreover, the Lithuanian government has stated in the past that
applications can only be made before starting military service12.

Lithuanian representatives declared
at the meeting of the UN Human Rights Committee in March 2004:
“However, new draft regulations were being prepared which would
make it possible to do alternative service outside the framework of
the national defence system”13.
If these new regulations have in fact been passed, and what they
include, is presently not known.

In 2006 and in 2007, the US State
Department reported that “conscientious objectors may petition
for alternative military service within military structures, but
there is no option for alternative non-military service, despite
requests by members of Jehovah's Witnesses. Persons enrolled in
alternative military service must follow military regulations and
reside on military installations. They receive assignments to work in
nonviolent military roles, such as grounds maintenance, or can work
as unskilled labourers in government health or social care
institutions”15.
These reports make it appear unlikely that any new regulations have
been passed, or if so, then that these new regulations led to
substantial changes.

Ms. Milašiūte, a member of the
Lithuanian delegation to the UN Human Rights Committee session in
March 2004, “noted that there had been one recent case in which
two Jehovah’s Witnesses, after being denied the right to perform
alternative service, had appealed to the courts and won their case”16.

Lithuania does not recognise the right to conscientious objection for
professional soldiers17.

Draft evasion and desertion are
punishable under the criminal code18.

Evasion of the regular draft or alternative (labour) service is punishable by up to two years'
imprisonment; up to five years' if a conscript deliberately injures
himself, fakes illness, forges documents or avoids performing his
duty in any other way. (article 79)

Evasion of the mobilisation draft for national defence service is punishable by two to five years'
imprisonment. (article 80)

In June 1993 parliament amended the
criminal code, increasing fines for ignoring call-up notices to 80
Litas and increasing the penalty for repeat offenders to up to a
year's imprisonment19.

No information on practice is available.

1Constitution
of the Republic of Lithuania,
http://www3.lrs.lt/home/Konstitucija/Constitution.htm,
accessed 30 April 2008

11In
2004, the Committee reiterated “the concern expressed in its
concluding observations on the previous report about conditions of
alternative service available to conscientious objectors to military
service, in particular with respect to the eligibility criteria
applied by the Special Commission and the duration of such service
as compared with military service”, Concluding observations of
the Human Rights Committee : Lithuania. 04/05/2004. CCPR/CO/80/LTU,
http://www.unhchr.ch/tbs/doc.nsf/(Symbol)/CCPR.CO.80.LTU.En?Opendocument,
accessed 30 April 2008

12Tannert,
C. & R. Bachmann: Military service and conscientious objection
in Central and Eastern Europe in view of the extension of the
European Union towards the East, Brussels, 1997.

On 7 June 2022, the European Court of Human Rights issued an important judgement (Teliatnikov v. Lithuania) in relation to the protection of the right of conscientious objection to military service under Article 9 of the European Human Rights Convention.

HISTORY: Lithuania seceded from the Soviet Union in 1991, and was granted UN membership the same year.

Having reintroduced conscription temporarily (for a span of five years) last year, the State Defence Council decided in March that mandatory military service would be enacted indefinitely. The council's decision now have to be approved at the Seimas, the country's parliament. Conscription had been abolished in 2008, but was reintroduced - and defence spending also increased - citing security threats in Eastern Europe.

Lithuania's plans to extend military conscription after 2020. Conscription was reintroduced earlier this year, planned to be only for five years. But due to the “threats from the east” they have already decided to prolong it at least by another year.

A new survey, shows that more than 50% of the population backs the re-introduction of conscription in the country. The survey also shows that the majority of those that oppose conscription belong to the 15-24 age group, the age group closest to conscription age, which is 19-26.

Portraits of men explore conscription and gender in Lithuania

Two women in Lithuania have created a series of photos, exploring the issue of conscription in Lithuania. Tiskevic-Hasanova and Neringa Rekasiute created the photo series after conscription was reintroduced in March 2015. The first call-up took place May 11th, when 2/3 of the 3,000 spaces to be filled were met by volunteers. 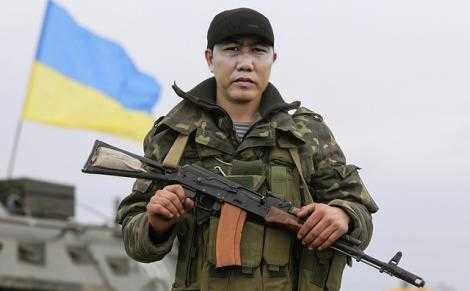 In this presentation I will give an overview of the right to conscientious objection, its
legal practices and frameworks in the 27 European Union member states. Before I do so, I want to step back a bit and have a brief look at the existing international standards about the right to
conscientious objection, as these standards allow us to put the practices in the EU member states into a perspective.