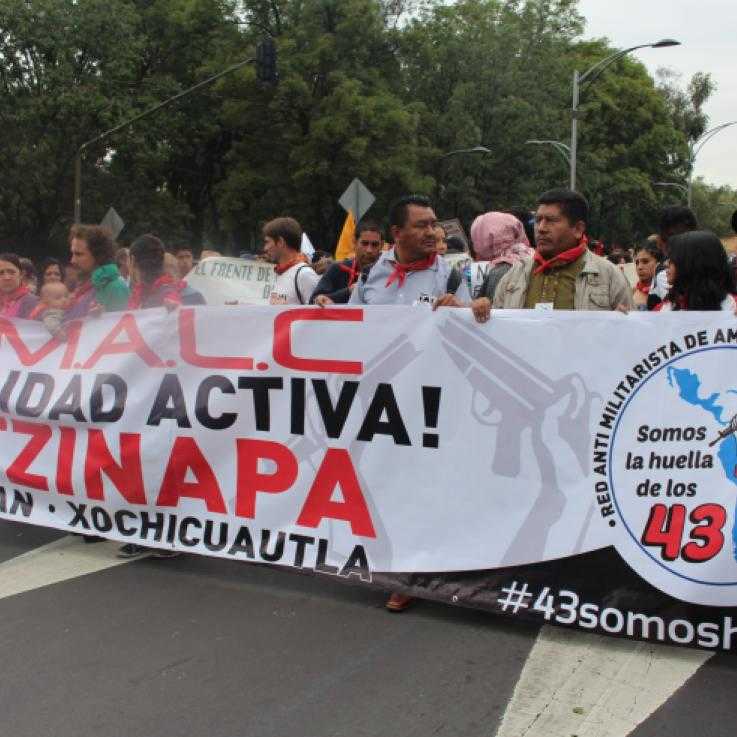 The relation between militarisation and extractive industries: antimilitarism and the right to peace from a Latin American standpoint

The relation between militarisation and extractive industries. A view from Latin America.

Between 2003 and 2013 - while the rest of the world experienced a wave of economic crises - Latin America showed good economic indicators. The continent benefited from the “boom of price in raw materials”; historically, the region's main export products are energy resources like oil, gas, coal and other minerals, and this continues today. In 2011, for example, 13 of the 20 biggest companies in Latin America belonged to the oil, gas, mining and iron and steel sectors. The money that entered the region managed to reduce poverty; in 2012, the Economic Commission for Latin America and the Caribbean (ECLAC) affirmed that the continent showed the lowest percentage of poverty (28.8% of total population) in the last 30 years.

However, the high economic incomes were not only destined to reduce levels of extreme poverty, they were also intended to modernise the armed forces of Latin American countries by a significant increase in arms purchases. In a study carried out by Peace Laboratory, based on figures from the Stockholm International Peace Research Institute (SIPRI) it was revealed that Latin America had increased it's weapons purchases by 150%, spending $13.624 million between 2000 to 2010. Military spending worldwide in 2012 reached $1.7 billion, or 2.5% of global Gross Domestic Product (GDP). In Latin America, defence spending was about 4% of its total GDP, above the world average.

Statement from the Latin American and Caribbean Anti-Militarist Network (RAMALC), in solidarity with the Ayotzinapa victims and all the disappeared in Mexico

The Latin American and Caribbean Anti-Militarist Network (RAMALC) with the antimilitarists from Mexico, Colombia, Ecuador, Venezuela, Chile, Paraguay, Brazil, Bolivia, Serbia and United States issued a solidarity statement with the mothers, fathers and relatives of the 43 students of the Ayotzinapa Rural Teachers' College disappeared in the State of Guerrero last year in September.

Statement from the Latin American and Caribbean Anti-Militarist Network (RAMALC), in solidarity with the Ayotzinapa victims and all the disappeared in Mexico

Members of the RAMALC in solidarity with the victims of Ayotzinapa The Latin American and Caribbean Anti-Militarist Network (RAMALC), in the city of Mexico on September 23, 2015, with representatives from Colombia, Ecuador, Venezuela, Chile, Paraguay Brazil, Bolivia, Serbian anti-militarists and United States, together with their peers from Mexico, would like to express our solidarity with the mothers, fathers and relatives of the 43 student teachers of the Ayotzinapa Rural

Mining, militarization and criminalization of social protest in Latin America 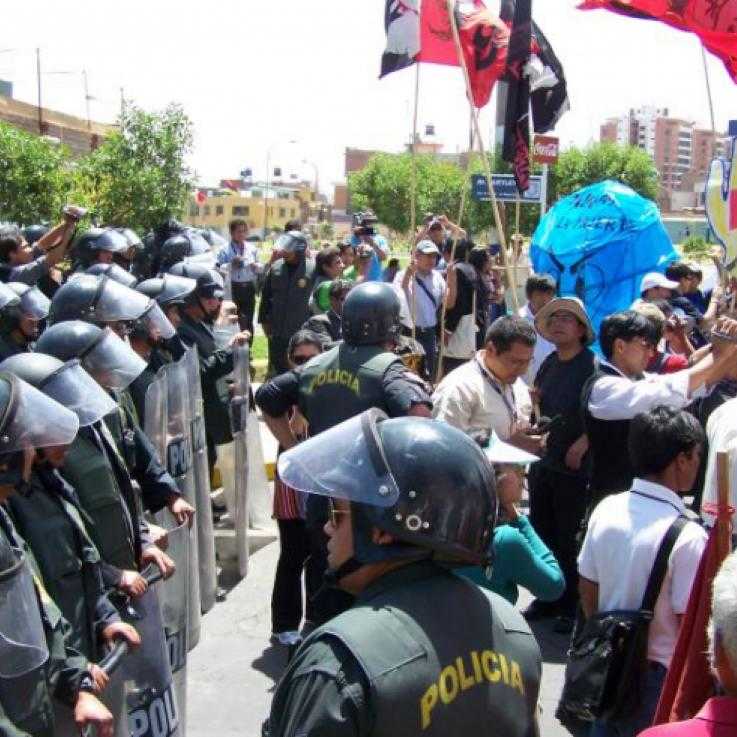 It is not news to say that extractivism in Latin America has been imposing an increasingly deeper model of extraction and export. The competition to be a destination of mining, oil-reserves, forestry or fishing investment is a characteristic of the majority of the countries in the region.

However, extractavism is receiving increasing criticism from broad sections of society including academia and social movements.

Global Day of Action on Military Spending: report and declaration

Find below the report of an action against the Las Palmas Naval Base, and see here some photos of the evening action in Athens.

Today is the Global Day of Action on Military Spending!

The Latin American antimilitarist network have written a declaration as part of today's Global Day of Action on Military Spending: No queremos más armas para Latinoamérica and read here (in Spanish with English info here) about an action in The Canaries. If you want to show your support for the day of action on social media, use #movethemoney and find out events are happening near you here.