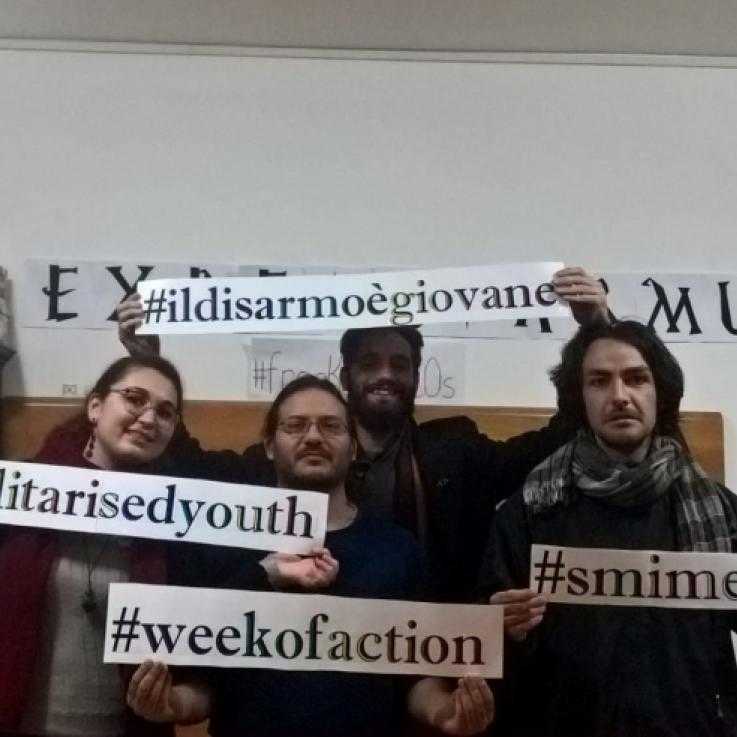 This November, many activists from around the world took action against the militarisation of young people in their countries, cities and towns. This was part of a global action: the International Week of Action Against the Militarisation of Youth. Initiated by War Resisters' International, the week was held for the 5th time this year.

International Week of Action Against the Militarisation of Youth 2018: Events across different countries 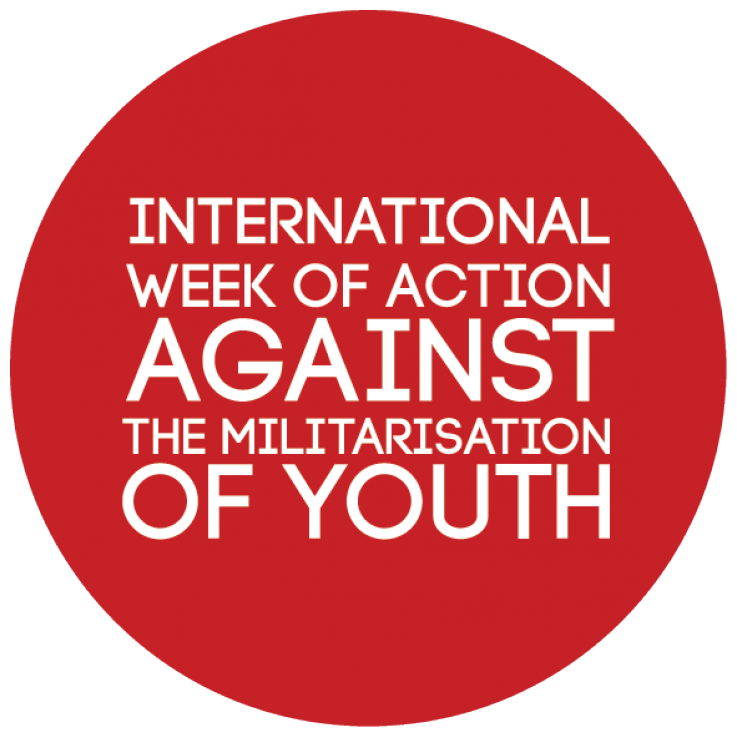 Next week (12-18 November) is the International Week of Action Against the Militarisation of Youth. For the fifth time, activists from across different countries will be organising events to raise awareness on how the military and military values are promoted to young people, and how we can challenge it.

Former Maoist child soldiers in Nepal, discontent with the Communist Party of Nepal (CPN or Maoist-Centre) for discarding them unceremoniously during the peace process, locked party leaders at the CPN office in Kathmandu. During their action, at least seven party leaders were locked in the building when the main door was padlocked.

The Antimilitarist Kollective of Medellín, Colombia: an affinity group that promotes antimilitarism and conscientious objection to war as a way of life and as a way to fight for political and social advocacy. We fight for the transformation towards a more just, inclusive, equitable and humane society which promotes autonomy, self-determination and the freedom of people.

The Centre for Peace Studies, Zagreb, Croatia, is a non-profit citizens’ association whose mission is promoting non-violence, human rights and social change through education, research, public policies and activism. CPS grew out of various direct forms of peace-building activities in the region of western Slavonia during the 1990s war in Croatia (community projects such as The Volunteer Project Pakrac and The Croatian Anti-War Campaign - ARK). It was established in 1997, formally in 1999.

The Community Self Reliance Center, Nepal whose vision is to see a Nepali society where everyone enjoys a secure, free and dignified life. Their mission is to empower land-poor women and men enabling them to claim and exercise their basic rights, including right to land resources, contributing to eradicating poverty and injustice.

The National Land Rights Forum (NLRF), Nepal whose vision is to see a self-reliant farmer community in Nepal, and whose mission is to empower the land-poor people by organizing and conscientizing them to enable to launch struggle against discriminations and claim their farmers’ rights.

We welcome all of them and look forward to working together.

The Kathmandu Post reported on 19 May on a concept paper of a sub-committee of the Constituent Assembly of Nepal which recommends the introduction of conscription. According to the recommendation, all able Nepali citizens will be conscripted into the Army at the age of 18. The conscripts will have to undergo compulsory military training for a period of two years.

Conscription has never existed in Nepal.

There are no known plans to introduce conscription, as voluntary applications to join the armed forces are sufficient to achieve the requisite number of recruits.

There are no known laws to provide for conscription in time of emergency or wartime. [2]

The government stated in 1994 that recruitment into the Royal Nepalese Army service is carried out with the consent of the concerned person and that forced recruitment is not allowed by law in Nepal.

Women constitute half of Nepal’s total population of 10.7 million but are backwards in comparison to men in every way. In education, women are only 12% of the 33% of people who can read in Nepal. Various data show that in agricultural and household works, it is women that occupy 60 to 80% share, but they do not have any hold in the property. The legal right on the ancestral property has not yet been secured. Similarly, women lag behind compared to men in employment opportunities.