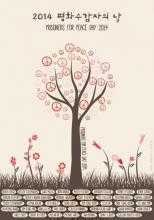 Each year on 1st December War Resisters' International and its members mark Prisoners for Peace Day, when we make known the names and stories of those imprisoned for taking action for peace. This day is a chance to demonstrate your support for them.

There are some changes in this list from previous years. In October, all but one Jehovah's Witness conscientious objectors in Turkmenistan were freed from Seydi Labour Camp. This is great news for those people. However, it does not mean that COs who are not Jehovah's Witnesses will not be imprisoned in future, and conscription itself is still in full flow.

On this list are also those who have been part of the military, and either blown the whistle on abuses, or found through direct experience the inadequacy and horror of war.

Most conscientious objectors work to demilitarise society. In the same way, nonviolent resistance against militarism lands people in jail. This list includes many people who took part in direct actions to disrupt preparation for war. WRI stands in solidarity with them.

Please note there are some changes on this list from the Prisoners for Peace list distributed by post. This is due either to new information, or to changes in the prisoners' situation in recent weeks.

We invite you to put aside some time on December 1st, or a day close to it, to send cards that express your solidarity. You can find the names and address here: /inprison

Edinburgh, Scotland: The Edinburgh Peace and Justice Centre will organise Letter Writing to Peace Prisoners on Saturday 6 December from 11am - 3pm

Seoul, Republic of Korea: Card-writing event on 6th of Dec. There will be songs, poems, a short video and letters from prison as well as from here to prison.