In Germany, activists have staged protests and blockades at the factory of arms company Rheinmetall, a huge international arms company, as part of a week long disarmament camp in Unterluss, in the north of Germany. The Rheinmetall site in Unterluss is the largest private weapons testing site in Germany, covering 50km2, and is used by both Rheinmetall and other international arms companies to test components and systems. In the past, the site has been used to hold infantry symposiums, including live fire demonstrations and displays from other weapons manufacturers.

Despite resistance from the police and authorities, the camp established on the 29th September, and provided a space for workshops, lectures, meetings, and socialising. A critical mass cycling protest delayed deliveries to the factory, and campers also visited the site of a former forced labour camp, where Jewish people were brought as forced labour for Rheinmetall, among other companies, during World War II. Other actions included covering the fences in large pink crosses - a symbol of the "War Starts Here" movement.

On Sunday 2nd September, over 500 people took part in a noisy and colourful march that had been called by a coalition of more than 70 organisations. The protest was attended by peace activists, trade unionists, politicians, feminists, and representatives from Kurdish groups, and the route included a rally at the Rheinmetall factory. Peace activists called for creative direct action against the company, while trade unionists highlighted how the company could shift from military to civilian production, avoiding job losses.

On Monday 3rd September, 50 activists from the camp successfully blockaded the entrance road to the factory. After announcing the plan to blockade the plant, the company minimised the number of workers at work and deliveries were rescheduled, but at least one truck visibly carrying parts for tanks was not able to reach the factory. 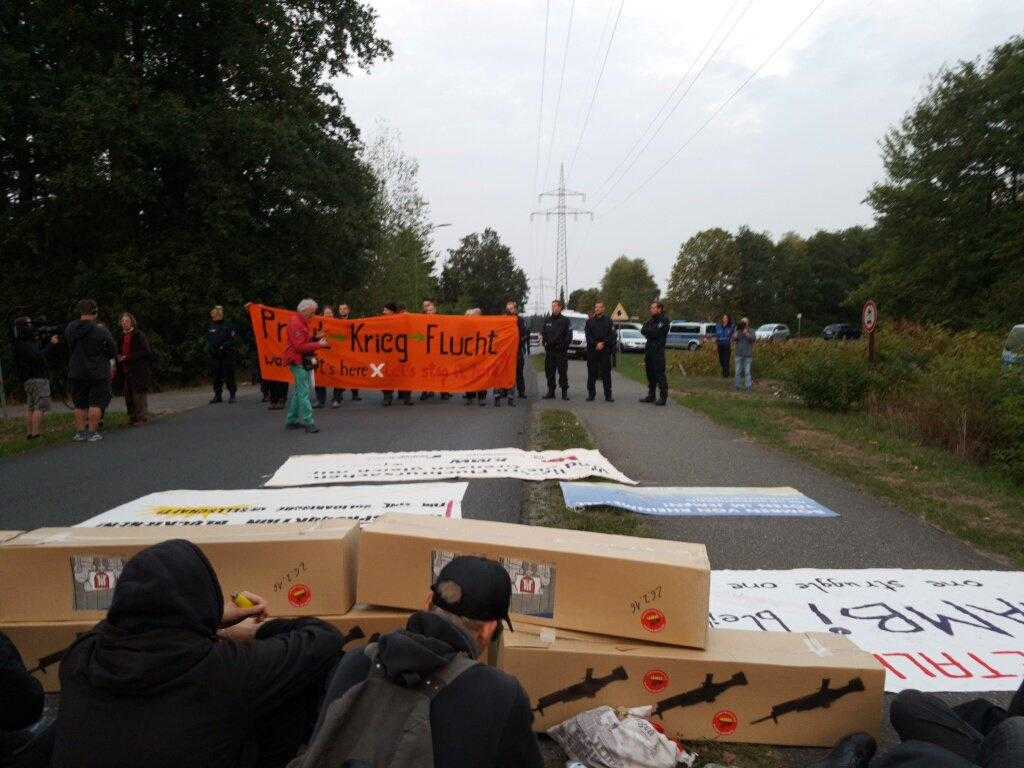