Tahoe Resources is a Canadian mining company. In mid-2010, Tahoe acquired the Escobal mine in southeast Guatemala from Goldcorp; Escobal is a 'high grade silver' mine, and also contains gold, lead and zinc. Some analysts believe it to be one of the biggest silver mines in the world. The Escobal mine is approximately 40km southeast of Guatemala City, and 3km from San Rafael los Flores.

Tahoe Resources hired International Security and Defence Management (ISDM), (a company set up and run by veterans of the US military) to develop a security strategy, and with ISDM's help Tahoe hired the Golan Group to administer security at the Escobal mine. Golan Group was founded in 1983 by members of the Israeli special armed forces. Luis Solano, a local investivgative journalist writing in 2015, said “From the outset, Tahoe Resources hired a US security and defence contractor that boasts experience with corporations working in war zones like Iraq and Afghanistan to develop a security plan that treated peaceful protest and community leaders as if they were armed insurgents."(Mining Watch Canada). 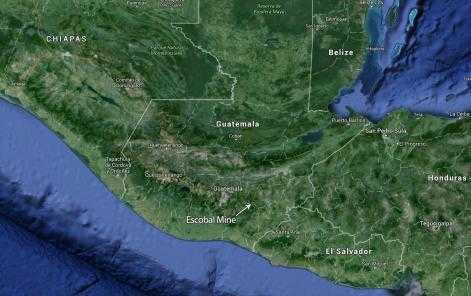 The mine has been met with community resistance and protest since from the outset, and several local referenda have demonstrated wide-scale opposition to it's construction. 55,000 people from seven different municipalities have voted against the silver mine. All of these ballots were dismissed by the Guatemalan government, and the project was forced on the communities using private security, police and the military. In 2013, the Guatemalan government commenced a pilot initiative in San Rafael Los Flores called an “inter-institutional project" which framed opposition to mining as a threat to national security. Guatemalan activists called the initiative “a military intelligence operation”.

Protests and repression escalated in April 2013, as the Guatemalan government granted Tahoe it's final mining permit. A peaceful protest camp was evicted from private property close to the mine, leading to 26 arrests (all of whom were released due to lack of evidence.)

On 27 April 2013 security guards at the entrance of the mine shot at a group of men holding a protest, injuring at least ten people. Albert Rotondo, Tahoe's head of security, was arrested trying to flee the country a few days later, accused of attempted murder for his role in the 27th April attacks. Though Tahoe claim only rubber bullets were used, a local activist pointed to the fact that one of the men still has a bullet inside his body that doctors felt it was safer to leave rather than attempt to remove it as evidence that more lethal ammunition was used. 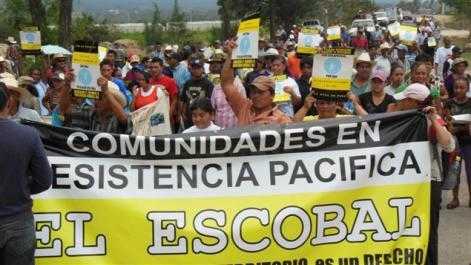 In May 2013, a 30 day state of siege – similar to martial law – was declared by the Guatemalan government in four municipalities surrounding the mine, under the pretext of combating drug trafficking and organised crime. Over 3,000 police and soldiers were brought into the area, and prominent community activists were targeted with house raids and arrests. The state of siege meant constitutional freedoms and rights were suspended, including the right to assembly and movement. Ramírez Juárez, a local anti-mining activist, said “When the state of siege was established here, for us it wasn’t a state of siege; it was a state of war.” As the military mobilisation in the area began, local activists from the Xinka People's Parliament released a statement saying “We fear for the lives of our leaders. We’re returning to the 1980s, with the persecution of leaders, extrajudicial execution and forced disappearance.”

In 2014, a year after the imposition of the state of siege, thousands of residents of Mataquescuintla marched in opposition to the ongoing militarisation of the region. A few days later, Topacio Reynoso, a 16 year old girl and leader of the youth movement against mining was murdered in an armed attack – it is believed that the motive for the attack was her opposition to the mine.

Though many soldiers left after the 2013 state of siege, some remained; two military outposts continue to flank the community of San Rafael Los Flores.