For anyone concerned with militarism, news of the terrorist attacks in Brussels brought a familiar sense of dread. We ache as we hear the stories of more innocent lives lost, and we feel foreboding from the knowledge that the bombings will predictably fuel new cycles of violence and horror in targeted communities at home or abroad. It creates the binary world that neocons and terrorists seek: an era of permanent war in which all our attention and resources are absorbed – and the real crises of poverty, inequality, unemployment, social alienation and climate crisis ignored. 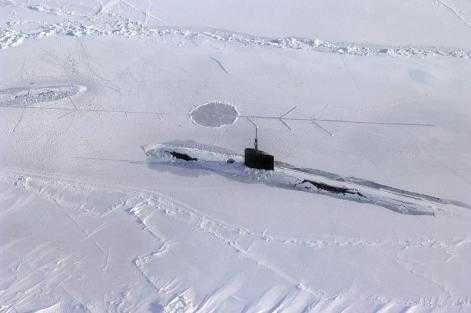 It was unusual, therefore, in March 2016 to hear President Obama in an interview with the Atlantic magazine, repeat his warning that “Isis is not an existential threat to the United States. Climate change is a potential existential threat to the entire world if we don’t do something about it.” While predictably ridiculed by the reactionary US Right, it seems to epitomise Obama’s seemingly more strategic approach on foreign policy – the so-called ‘Obama doctrine’ that seeks to entrench imperial power by firstly, in his own words, “not doing stupid shit” and secondly not ignoring the long-term challenges to US interests.

President Obama’s emphasis on climate change has also been a feature of his foreign policy priorities during his final term in office. While initially couched in lofty rhetoric of ‘healing’ the planet, Obama has more consistently framed climate change in terms of ensuring US national security. Addressing coastguard cadets in Connecticut in May 2015, Obama argued: “Climate change constitutes a serious threat to global security, an immediate risk to our national security and, make no mistake, it will impact how our military defends our country. And so we need to act— and we need to act now.” In doing so, Obama has set a tendency that has been picked up by US allies worldwide. UK Prime Minister, David Cameron has also said that climate change is “not just a threat to the environment. It is also a threat to our national security”.

Within the US, the framing of climate change as a ‘national security’ issue is typically understood as a political tactic. As one Washington insider told me, it’s one of the few ways to get policy in the corridors of US power moving faster than glacial speed. It has also been seen as a way of getting climate-denier Republicans to stop blocking action on climate change, even if this has clearly failed. (The most enthusiastic US supporters of climate as a security issue have been progressives: Democrat left hopeful Bernie Sanders has been vocal in defining climate change as the number one security threat to the US).

Regardless of the advocates and detractors, climate change is being entrenched into US military policy; a process that will almost certainly continue regardless of who is elected in the next US presidential elections. This is because ultimately the military concern with climate change is about ensuring its future ‘operationability’, rather than because it has become enlightened and decided to ‘go green’. A Department of Defense Directive, agreed in January 2016, that requires climate change considerations to be at the heart of all military strategic planning, says as much: “The DoD must be able to adapt current and future operations to address the impacts of climate change in order to maintain an effective and efficient U.S. military.”

For the US, integration of climate change into military planning is being enacted in three significant ways. The first is in ensuring that US’ vast military infrastructure – made up of at least 800 bases in more than 70 countries - continues to function in the face of hotter temperatures, rising seas and more extreme weather . A US Government Accountability Office (GAO) report in 2014 showed that climate change was already affecting military assets. One Alaskan radar station faced issues of accessibility after roads and runways were destroyed when the coastline receded by 40 feet due to a combination of melting permafrost, disappearance of sea ice, and rising oceans.

The second is the US development of ‘green’ fuels to power its vast military arsenals. This is often sold as evidence of the military’s environmental commitment, but again is ultimately rooted in concerns about operationability. The Pentagon is the world’s single largest organisational user of petroleum: one of its jets, the B-52 Stratocruiser, consumes roughly 3,334 gallons per hour, about as much fuel as the average driver uses in seven years. The transport of this fuel to keep its hummers, tanks, ships and jets running is one of the biggest logistic headaches for the US and was a source of major vulnerability during the military campaign in Afghanistan as oil tankers supplying US forces were frequently attacked by Taliban forces. Alternative fuels, solar-powered telecommunication units and renewable technologies in general hold the prospect of a less vulnerable, more flexible military. US Navy secretary Ray Mabus puts it frankly: “We are moving toward alternative fuels in the Navy and Marine Corps for one main reason, and that is to make us better fighters.”

The third and probably most significant way in which the US is preparing for climate change is through its planning for ‘security’ threats. These are typically done through war-gaming scenarios, the most famous of which was the Age of Consequences: The Foreign Policy and National Security Implications of Global Climate Change. Published in 2007 by a coterie of former Defence ministers, security analysts and establishment think-tank researchers, the report sketched out three potential climate scenarios. The ‘severe’ and ‘extreme’ scenarios paint visions of state meltdown, civil conflicts, scramble for resources and mass migration in the kind of dystopian colours you would expect to see in a bad Hollywood B movie. But the dominant theme that emerges is that climate change is a “threat multiplier”, which “will aggravate stressors abroad such as poverty, environmental degradation, political instability, and social tensions – conditions that can enable terrorist activity and other forms of violence.”

These scenarios have been followed up with ever-more detailed plans by the many different arms of US military and intelligence. The U.S. European Command, for example, is making preparations around potential conflict in the Arctic as sea-ice melts, and oil and shipping in the region increase. In the Middle East, U.S. Central Command has factored water scarcity into its campaign plans for the future. While the US is ahead of the game, where it leads, its allies tend to follow.

US climate security planning has encouraged similar efforts elsewhere, particularly in the UK, the EU and Australia. All have adopted the same framing of climate change- seeing it as a catalyst of conflict and also a cause of potential further terrorism. Notably they are all Western countries with significant militaries; attempts to make security the framing for climate change at the UN have met with short thrift from developing countries that rightly see climate change as an issue of responsibility, one in which the most polluting nations have an historic debt to the Global South.

This military planning for climate change is paralleled by ever-growing numbers of national risk strategy assessments, critical infrastructure protection planning and emergency power planning – in part in response to climate change but also reacting to ever-more complex emergencies and awareness of the systemic vulnerabilities of a hyper-connected globalised order. Major corporations are also in on the game – developing risk and resilience strategies – notably developing long-term scenarios that in some cases mirror the dystopian visions of the military.

Suddenly risk is everywhere and control is everything. The UK Civil Contingencies Act 2004 – drawn up in the aftermath of 9/11 and the fuel crisis 2000 and the outbreak of Foot and Mouth Disease in 2001, allows the UK government to declare a state of emergency without a parliamentary vote. These grant the executive powers to "give directions or orders" of virtually unlimited scope, including the destruction of property, prohibiting assemblies, banning travel and outlawing "other specified activities." The UK emergency powers review – and many elements of the subsequent legislation - were mirrored in Australia and Canada and share much in common with US emergency powers statutes.

In the wake of the war on terror and in military plans for a climate-changed world, what we see emerging is a maximum security state, one that goes beyond Eisenhower’s warning of a military-industrial complex to a broader military-industrial-security complex – one which security expert Ben Hayes calls a “new kind of arms race, one in which all the weapons are pointing inwards.” Certainly Blacks Lives Matter protestors in Ferguson or indigenous protestors in Peru– along with many other frontline communities worldwide – would recognise this arms race as they face off against ever more heavily-armed police.

And for some the new arms race is proving very lucrative indeed. As if the record heights of global military spending ($1.8 trillion in 2014) wasn’t enough, it has been accompanied by a massive expansion of the homeland security industry, which since 2008, has grown at 5% annually despite a worldwide recession. Many involve the same well-known arms dealers: US defence contractor Raytheon openly proclaims its "expanded business opportunities" arising from "security concerns and their possible consequences," due to the "effects of climate change" in the form of "storms, droughts, and floods".

The merging (and blurring) of military and police, state and corporations, along with the emerging dominance of security as the framework for so many issues nowadays – think food security, energy security, water security and so on - carries its own logic and consequences. It soon becomes clear from studying security strategies that while protecting human lives and supporting social needs are the declared objectives, some needs and some lives are clearly worth more than others. Migrants, frequently posed as threats, are clearly disposable people – as we can see so visibly in Europe today. The frequent references to shipping routes and supply chains in Defence strategies also unveil that ensuring the smooth flow of commerce of capital is an overriding priority. Moreover the expanded search for threats all too easily encompasses any group that seeks to resist injustice. It is hard, for example, to envisage that a US Department of Defense Minerva Initiative, which funds US academics to uncover “the conditions under which political movements aimed at large-scale political and economic change originate” is anything other than an attempt to forestall such necessary radical social change.

Of course, this is the reality of nearly all security policies, particularly national security policies. They see seek to secure those who already have wealth, and in the process often dispossess those without, turning victims into threats. Which is why turning climate change into a security issue is so disturbing. It creates a double injustice. Not only are those who had the least to do with causing climate change suffering the most from the consequences of climate change, but they are now being targeted with security responses to those very climate impacts.

It is why it will be critical that peace, civil liberty and climate justice activists and movements join together to oppose the securitisation of our future. A climate-just world will not be possible if our response is based on security, and a peaceful world will not be possible if we don’t fight for climate justice. For a long time, there has been a tendency for our movements to operate apart in different arenas, but this is starting to change as movements realise the need to link our struggles and confront the same power structures. At the Paris climate meetings – in which environmental activists were also swept up under the state of emergency laws in the wake of the bombings – the beginnings of a network emerged bringing climate and peace activists together. As environmental and peace activist, Tim DeChristopher, cogently argues, “Our challenge has changed. It is no longer about just reducing emissions. We have to work out how to hold on to our humanity as we head to increasingly difficult times.”