Reaching across the great divide of differences

The bright smile. Contagious laughter. Her sunshine drew others to her, to debate and argue, to learn and ponder. Energetic resolution, a passion for justice, for constant giving define Kayla Mueller; not her capture by ISIS, her torture and tragic death at age 26. 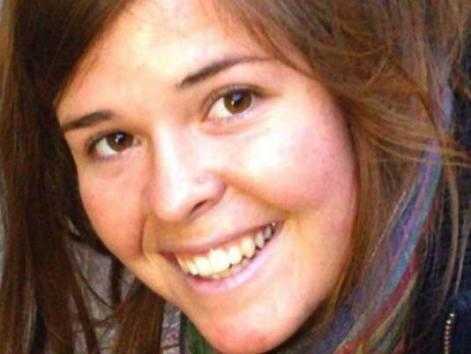 Kayla’s decision to work for Turkish aid agency Support to Life, receiving Syrian refugees streaming across the border, came as part of her journeys to learn and share, from visiting rural communities in Guatemala, to assisting in an orphanage in India, working at an African refugee center in Tel Aviv, and joining vigils against Israeli settlements in Hebron, Palestine. She taught English to Tibetan refugees in Dharamsala, India, while learning from the practices of Tibetan Buddhism. As Kayla explains in letters to her parents (2010, 2013):

This reality is my life’s work, to go where there is suffering. I suppose, like us all, I’m learning how to deal with the suffering of the world inside myself…to deal with my own pain and more importantly to still have the ability to be proactive.

…any struggle for greater freedom and justice is my struggle and any time innocent civilians are being slaughtered, they are my people and anytime the world is not responding to such things because it’s not their concern, it becomes my concern.

Who she was not also defines Kayla: she was not the itinerant tourist nor was she a naïve ‘girl’ just out to see the world. Her motivation was to gain knowledge across multiple cultures from those who continued to resist while profoundly suffering. She worked, ate and slept with those who sustained their resistance to violence and injustice.

While working in Turkey, Kayla briefly crossed the border into Syria and was captured by ISIS, in August 2013. The first email by the hostage takers only came to her parents the next May and in July 2014, they received a death threat, to be carried out in 30 days if ransom were not paid. In August we learned of the beheading of James Foley, followed by Steven Sotloff (September), and then Peter Kassig (November); it appears they were all held in the same hostage prison as Kayla in Raqqah, Syria. There is no official word verifying how Kayla died in February 2015. ISIS said she was killed by Jordanian aerial bombs, and we may never know the truth of how she died. These peacemakers all worked to stop the killing in Iraq and Syria, trying to amplify the voices of those outraged by the lack of international action, given the magnitude of the violence against civilians.

Kayla’s life teaches us that reaching across the great divide of difference is necessary to increase understanding, and this reach is most difficult when the disparities are vast. Kayla's antimilitarism (‘I would never stake claim to such a barbaric thing as war, any war anywhere.’), led her to work with the local peace center, to listen to veterans returning from the wars as they enrolled in her university. These programs responded to veterans’ requests and needs for their next difficult journey of reintegration into communities and classrooms. 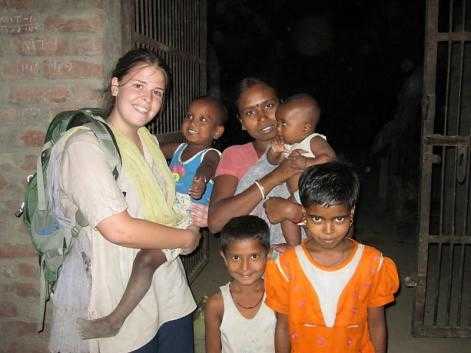 A peacemaker cannot sustain her work, and will burn-out quickly, without compassion. The two parts of the word are equally important: com – passion. ‘Com’, resting in its Latin origin of ‘with’, signals connection, relationships. Although peacemakers can be very alone—as Kayla was for many of the 18 months in the darkness and cold of an ISIS prison—relationships direct their actions. As a young activist, Kayla decided to work with many different organizations to understand their diverse approaches; she found her experiences better than any university studies. Highly resourceful, she paid for her international travels (Guatemala, India, Palestine/Israel, France, Turkey) through her own earnings, such as working at an HIV/AIDS center in her home town while volunteering at a women’s shelter.

The spiritual journey for peace-making continued as Kayla joined a discussion seminar in Plum Village in southern France, summer 2010. Compassion in the Buddhist traditions involves ‘seeing yourself in everyone you meet’. Founder of Plum Village, Thich Nhat Hanh, explains, ‘Our method of practice should be non-violent. Non-violence... is the insight that everything is interconnected.... Doing violence to others is doing violence to yourself.’ (Anger, pp. 69-70)

Kayla paraphrased Hanh’s metaphor of taking garbage from within yourself to make compost to nourish the flower within you. In 2011 Kayla wrote, ‘The gardener knows how to turn garbage into compost. Therefore our anger, sadness, and fear are the best compost for our compassion.’ Kayla practiced compassion when she herself was under brutal physical and mental assault; two teenage Yazidi girls were being held with her (all raped regularly) and planned escape; Kayla declined to go with them, saying that as an American she would attract ISIS’ pursuit and revenge. The Yazidis successfully escaped.

Thich Nhat Hanh’s remembrance of Kayla connects to the hundreds of thousands of others: ‘...a beautiful flower and many other flowers have been stepped on and withered by bitterness and violence. Such a big pity for humans in the 21st century!’

The ‘passion’ side of ‘compassion’ gives the goals of the connections, of trying to learn how to ‘see yourself in everyone you meet’. For Kayla, those passionate goals directed her life’s journey, again, best summarized in her own words: ‘For as long as I live, I will not let this suffering be normal, something we just accept.’ Kayla was speaking out, because, as she said, 100,000 Syrians had died (2012). The Syrian Observatory for Human Rights now estimates 300,000 deaths; the UN estimates more than 4.8 million Syrians have fled abroad, and 6.5 million are displaced within the country. When about half the country’s pre-war population, more than 11 million people, have been killed or forced to flee their homes, tormented suffering has become all too ‘normal’.

Kayla gave up her privileged safety not just to name the problem, but to act on her ‘speaking truth to power’. She would not stay silent about the violence of the status quo in the United States, which she linked to the ability of Americans to accept the violence rained down on ‘terrorists’, in the name of freedom. Peacemakers work not only to end wars, but to reduce economic oppression, the root cause of so many conflicts. Kayla worked equally at home and abroad for those suffering from economic inequalities, finding the struggles the same. She protested in an orange jump suit at Fort Huachuca, a military base engaged in training for ‘enhanced interrogation’, knowing full well that various forms of torture are also practiced in local prisons.

Kayla taught us all to ask questions, but most important to ‘question the answers’. She learned French, and was studying Arabic and the Koran. She read widely about the political economy of West Asia, never fooled into thinking the wars were about Sunni versus Shia. As early as 2012, she advocated for a ‘no fly zone’ to be enforced over Syria and condemned the drone bombings, finding them as vicious as any ISIS tactics. She organized during her short life to change U.S. policies of militarism and violence. Kayla chose to work with those who suffered from its consequences: ‘We are all too busy with our everyday routines, our work and our families. But because of my privileged American life, I’ve been able to purposefully build my life in such a way that this idealism [struggle for greater freedom and justice] can be my life and my work.’

Kayla’s words echo the famous ones of Daniel Berrigan during the Vietnam War (No Bars to Manhood, p. 49):

Kayla Mueller gave up normalcy, to help us see that the worst humanitarian crisis in a century across West Asia is not normal. Her life as a peacemaker calls us to action. My choice, your choice may not be the same as Kayla’s, but we all can choose a concern, a passion and dedicate much thought and countless hours in that struggle for peace with justice.