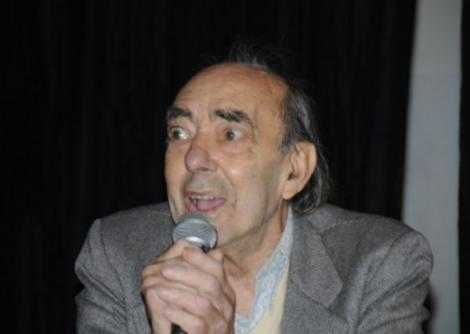 Today Pietro's death has called us together, pulled us together. He has done it many times, in 1962 with the foundation of Movimento nonviolento, in 1963 and 1964 with the creation of Azione nonviolenta group and magazine, from 1968 to 1975 with antimilitaristic marches, in 1978 with the second Perugia-Assisi1 March, in 1983 with Catania-Comiso2 march and again in 2000 with a specific nonviolent march in order to put together all the people that believe in Nonviolence as a political alternative. All of us have been really impressed by meeting him In some way getting to know him has changed all of us.

Everybody thinks that leaders never die. This is because we think we need their advice, their example, we need to be comforted. Today we feel like orphaned children.

You have been a lot of things for each of us: friend and a cardinal point not only in political sense, above all you have been an educator in nonviolence for many young people that found in you some words of Truth and recognise your consistency from what you say and what you do. You have always encouraged young people that come to you (first at the headquarters in Perugia, and later in your home in Florence) to examine in depth the theory, studying nonviolence and behaving in this method as a consequence. (It seems to me I hear you saying again: “thought without action doesn’t work, action without thought doesn’t work… let’s create a small group and go in the street… who knows how many broken rifle pins you might count and spread in your life).

You have plenty to sow and likewise you will reap. Many generations have been inspired by you: your pioneering objection to military service has prepared the way for the universal civil service that we are talking about nowadays.

These days a lot of people bear witness to their meeting with you, I choose a funny one that you would certainly appreciate: “I like to think about you in Heaven absorbed in a talking about nonviolent resistance; I used to know you very well and you could convince Saint Barbara to stopping protecting depots, and to become the unilateral disarmament protector”.

With you at the helm, Movimento nonviolento has never given up to the temptation of a generalist pacifism and has stayed true to the roots of nonviolent History from Gandhi to Capitini.

You have often quoted Gandhi, who believed that refusing to collaborate with the Evil (starting with the greatest one: war) was a duty bigger no less than doing the right thing.

Capitini used to say “We have to say stop the war and be hard as nails”. Today we could say “to be hard as Pietro…3

Tenacity, simplicity, frugality, coherence, firmness, perseverance, toughness, humility, kindness… these are the values that you have been able to embody during your entire life. You were unwilling to embrace formalism, hypocrisy, outward appearance, publicity...features that are fashionable in politics at the present time.

But it could be wrong to speak of only the public sphere of Pietro. He has lead an intense and hard life that he dealt with with in good frame of mind. From his humble beginnings in a Sardinian family to which he has always been close to, through the formative youth in Ferrara city, to the decisive encounter with Aldo Capitini.

And his family: beloved Birgitta’s husband and Anna and Peer's father. I want only to touch upon the tragic loss of his two sons. Precisely in order to sooth the sorrow, Pietro has decreased his political work in Movimento nonviolento. He knew well when it was the time to draw back without imposing himself, nevertheless he has never stopped following Movimento, and has always given his advice. In this way he has taken care of Movimento’s fate (you used to say “to taking care as a child”). And you have done right to the end and you haven’t showed it off. On the contrary you had wanted to remain anonymous.

You have had a productive cultural and intellectual life: art lover, interested in literature, classical music, poetry, especially Giacomo Leopardi’s life and letters.

During the last years you have had a lot of aches and pains, but you didn’t want to worry anyone. How are you, Pietro? As usual, I get a little bit worse… but I don’t complain about it, I pretend to have nothing to do with this pain. However, your senectute4 has been softened first of all by your fondness for your grandson Michel. You have been proud of being a grandfather and when you spoke about him your face shone with emotion; and also by the tender loving care of Giovanna, she has taken care of you until the last days, until you, a smart and upright man, have passed away.

1 Assisi and Perugia are two central Italy cities, the first one is S. Francesco city and the second one has been the first headquarter of Movimento nonviolento.

2 Catania and Comiso are two Italian cities situated in Sicily, in particular the second one was an American military base.

3 This is a play on words: in Italian it says “to be hard as stone” and stone is “Pietra”, a word that sounds similar to the name “Pietro”.