Venezuela: The veins are still open 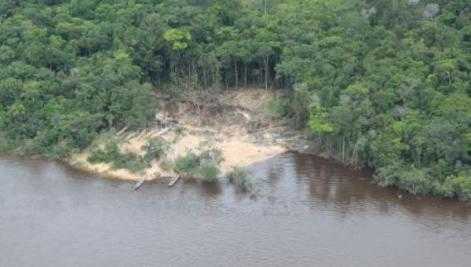 In Venezuela, the left and the right agree on one thing – it is a country which is very rich in oil and mining reserves which must be sold as quickly as possible, ignoring the social and environmental consequences of further using the development model based on extractivism.

Despite being the country with the biggest oil and gas reserves in Latin America, there is no debate in Venezuela about the pollution of the energy industry or the presence of multinational companies as there is in the rest of the continent. The recently-published “Informe sobre el exctractivismo en Venezuela” (Report on extractivism in Venezuela), produced by the initiative Laboratorio de Paz (Peace Laboratory), is the first document which tries to systematically acknowledge the different problems created by the industry which sustains the country’s economy.

The programme of President Nicolás Maduro’s government, entitled “Plan de la Patria 2013-2019” (2013-2019 Homeland Plan), contains the objective of doubling the amount of oil and gas extracted and sold to reach 6 million barrels of oil and 12 million square feet of gas per day. The same proposal is among those put forward by the political parties in opposition to the Bolivarian project.

Mining activity in Venezuela is carried out by the state. In the case of oil and gas, this is coordinated by the company Petróleos de Venezuela (PDVSA), which according to its website is the world’s fourth biggest company, and the leader in Latin America. PDVSA is associated with other energy companies (for example, Chevron, Repsol, ENI, BP, etc.), for the exploitation of the different mineral deposits, by means of a category of businesses called “mixed companies”, in which the State holds the biggest shares – at least 51%. Since 1999, mining operations have been expanding, without complying to two of the requirements of the Constitution – firstly, carrying out and disseminating studies into environmental impact, and the prior, free and informed consultation of indigenous peoples and communities. A third right affected has been the demarcation of indigenous territories to be handed over to communities. Last November, the Coordination of Organizations of the Venezuelan Amazon (COIAM) denounced the fact that barely 12% of the territories had been demarcated and handed over.

In Zulia state, land of the Wayuu ethnic group – which represents 52% of the country’s total indigenous population – a militarisation process has been developing since December 2010, as a consequence of the creation of the so-called “Distrito Militar numero 01” (Military District number 01). The indigenous people, who have been practicing binational trade for decades, are being accused of smuggling. The DDHH committee of La Guajira - an organisation which has been working in the area for 15 years – has recorded 13 alleged executions, 15 cases of torture, and 60 illegal raids carried out by military personnel. Moreover, regional organisations told Laboratorio de Paz that 760 indigenous Wayuu people are being prosecuted in court, accused of being “smugglers”, and detained in overcrowded conditions in a prison with capacity for 300 people. According to indigenous leaders themselves, militarisation seeks to create conditions favourable for building infrastructure for mega-mining: “The State is governing us militarily for one reason: Pararú, which is part of a deep-water port with which less will be spent on the transport and shipping of coal.”

Soldiers also directly carry out mining operations in indigenous territories. In Gran Sabana National Park, soldiers from the Bolivarian National Armed Force used to extract gold illegally, leading to resistance from the Pemon indigenous communities. On two occasions, in December 2011 and February 2013, military personnel were disarmed and detained by a large group of indigenous people, in one of the most inspirational non-violent direct actions that have taken place in Venezuela in recent years.

The COIAM has reported that illegal “garimpeiros” from Brazil, along with irregular groups from Colombian and Venezuelan guerrilla groups, carry out illegal mining, destroying one of the areas with the greatest biodiversity in the world, in search of gold, diamonds and coltan. Survival International estimates that as many as 4000 illegal miners operate in the area. The Governor of the indigenous state of the Baniva ethnic group stated that, in a sense, gold is being exploited illegally with the consent of the Armed Forces – when the indigenous people complain, they are immediately repressed. Deforestation caused by illegal mining in the Venezuelan Amazon is estimated to be 1,100 km² per year.

In December 2014, the Organisation of Indigenous Women of Autana (OMIDA), in the Amizonas state, reported the presence of members of Colombian guerilla groups in their territory, who “protect the illegal miners, using coercion, threats and intimidation as a tactic to generate fear and to contribute to the displacement of indigenous communities.” In their declaration they also reported that groups identified as members of the Revolutionary Armed Forces of Colombia (FARC) recruit indigenous children, and that their presence prevents them from going to their sacred places. Similar stories have been reported by indigenous organisations in the state of Bolivar.

In February 2013, without discussion, consultation or announcements, the National Executive approved the exploration and mapping of mining reserves all over the country with state-owned China Citic Group. The Chinese company announced that, in addition to the exploration agreement, it had received a licence to exploit the ‘Las Cristinas’ gold mine, located in what was, until 1997, the Imataca Forest Reserve. The president Nicolás Maduro himself announced via his Twitter account @nicolasmaduro: “The meeting with the Citic company has been very important (…) We agreed to agro-industrial development and oil investment, along with mine mapping and the exploitation of Las Cristinas.” On 18 November 2014, the National Executive published decree 1.425 which authorises the creation of so-called “Special Economic Zones” to attract Asian investment, with a focus on extractive operations.

If you wish to consult the “Extractivismo en Venezuela” report (in Spanish), go to http://laboratoriosdepaz.org/