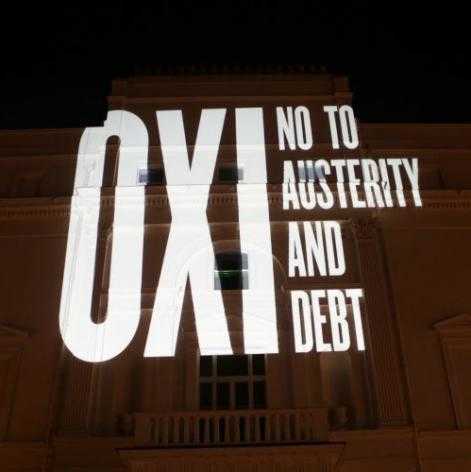 I write this as the results from the Greek referendum on the bailout programme proposed by the Troika (EU, IMF and European Central Bank) make headlines in newspapers and bulletins (July 2015). The resounding NO (oxi) to austerity that the referendum results returned may seem somewhat detached from the concerns of this TBR issue –and yet they are not, in a number of ways.

First, while the referendum was often framed as a way to re-assert Greek sovereignty and democratic principles against the impositions of a finance-driven European order, political claims associated to the OXI campaign had little to say about migrants and the militarisation of Greek borders. Indeed, the anti-austerity platform of the Tsipras government rests on a coalition between his own party, Syriza, and ANEL (Independent Greeks) a party from the right of the political spectrum, which advocates for a reduction in the number of migrants to be hosted on Greek soil. Syriza itself had little to say about migration, other than calling for an increased redistribution of migrants who arrived in Greece between the EU members. Clearly the financial crisis may have put austerity and the negotiations with the Troika at the top of the agenda. The point however is: can we say NO to austerity within Europe without linking this "no" to the other side of the coin, i.e. to what happens outside Europe or at its borders? Can we say NO to neoliberalism without, at the same time, saying NO to border-related deaths? 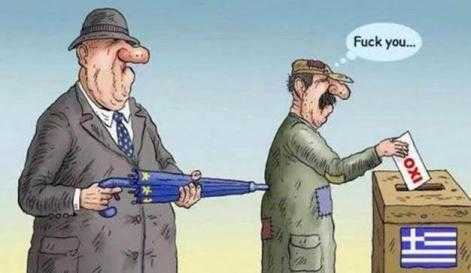 Greece has been at the frontline of the recent “migration emergency” across the Mediterranean, with more than 50,000 migrants arriving at its shores through irregular means since the beginning of 2015 (i.e. since the elections that brought Syriza to power). While couched in a humanitarian narrative, European countries’ responses to the harrowing scenes of unseaworthy boats full of people and to the accounts of their wrecks have effectively resulted in a (further) militarisation of its external border, with Greece a crucial site for implementing these responses. Poseidon Sea and Poseidon Land are two of the more than 20 FRONTEX Operations “hosted” by Greece since 2006, which aim at controlling irregular migration flows towards the territory of the Member States of the EU with “a desired prevention effect, and to tackle cross-border crime”1.

According to the EU, border surveillance (read militarisation) helps saving lives2 , and yet the border minefields on the Greek side of the river Evros (marking the border with Turkey3), the unlawful push-backs in the Aegean Sea, and the shipwrecks never reaching shore, have turned Greek borders into cemeteries for thousands of people attempting to seek a better life away from their place of habitual residence. Greece is not to be singled out in this respect. A recent IOM report suggests that the number of deaths in the Mediterranean in the period January to 1st July 2015 amounts to 1,875 (one thousand eight hundred and seventy five), which make 70% of the total border-related deaths across the world during the same period. Since the year 2000, in excess of 30 thousand people have died trying to reach Europe, and over 40 thousand across the world4. Fences, walls, drones, and various military techniques and technologies have become the norm across the world in matters of border security and, as a consequence, a concrete aspect of migrants’ everyday life -and death. 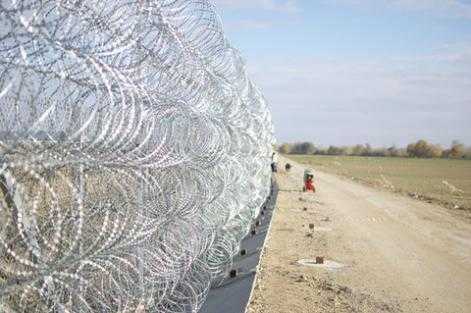 Second, while the 100 million Euros or so secured for and spent in FRONTEX operations every year, or even the USD2.2 billion that, according to an Amnesty report5, were spent by the EU to secure its external borders between 2007 and 2013, are certainly dwarfed by the billions in financial debt at the heart of discussions between the Greek government and the Troika, this money is but one indicator confirming that, even in times of austerity, resources for military operations are not scarce. Can we say NO to (our!) money being spent in this way? Can we say NO to budget allocations that privilege deterrence and surveillance to integration and solidarity?

Finally, institutions like the IMF do not operate in Europe alone. Indeed, the Structural Adjustment that is currently being negotiated with Greece has been "imposed" to developing countries for over four decades, with devastating consequences. The privatisation of land, the reduction of state provisions to its citizens and of agricultural and other subsidies, the selloffs of national assets, the mining concessions granted to transnational corporations, and the many other measures associated to the neoliberal agenda (in other words, the establishment of market sovereignty across all domains of social life) have disrupted the livelihood mechanisms of millions of people around the world, and defined the material conditions pushing them to roam around in search of opportunities for a life in dignity. Can we say NO to recipes for economic growth that have produced so much poverty and have so much increased inequality? Can we say NO to the wars in the Middle East, Afghanistan and across various regions in Africa, which force people to leave their homes and seek refuge in Europe and which are, at the same time, a testimony of the historical and contemporary responsibilities of those same countries who prevent (through border militarisation) the possibility for these peoples to seek asylum?

Sadly, we may well answer NO to all of the above questions, but we are never really asked. And this is not even the beginning of the problem.

By the time I write this last paragraph, more than a week has passed since the Greek referendum. The resounding OXI it expressed does not seem to have produced the desired effects (or at least the effects that many of us outside Greece were hoping for) vis-à-vis the impositions of further austerity measures, the privatisation of state assets, and further reductions in state provisions. Is it all possible to address the second democratic deficit without tackling the first one head on? It is in that question, I believe, that our democratic future hinges upon.

Paolo Novak teaches in the Development Studies department at SOAS. His research is concerned with the relation between migra­tion, borders and development, with particular reference to Afghanistan/Pakistan, India/Bangladesh and the Mediterranean. His re­search appears in Transnational Legal Theory, Journal of Refugee Studies, Geopolitics, Development in Practice.