The Business of Militarized Borders in the European Union 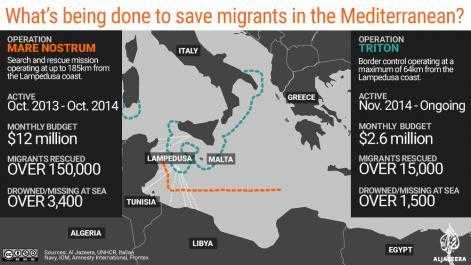 A number of scholars, journalists, and activists have argued that we may be witnessing the development of a ‘security-industrial complex’ in Europe which resembles the earlier ‘military-industrial complex’ of the Cold War. The border security-industrial complex refers to the relations between military, security, and private industry within a global market for the design and implementation of border security technologies. The main actors are governments, suppliers of security technologies, and security forces demanding use of new technologies for controlling and managing state borders. The types of industrial actors which supply border security technology range from general and specialized equipment providers (small and medium enterprises primarily) to larger systems integrators (transnational defence firms such as Thales, Finmeccanica, Sagem, Airbus, Indra Sistemas, BAE Systems, among others). The larger companies have experience as defence firms working to develop military and aerospace capabilities. Customers are primarily governments (and their associated security apparatuses), as the industry is dependent on economies of scale (from smaller, local economies of police or gendarmerie units to larger, regional economies such as the European Union). Many companies re-purpose military technology for use in border control and surveillance, even when the effect of such ‘dual-use’ technologies on civilian mobile populations is unknown.

The global market for border management (including only land and maritime borders) was worth approximately 29.33 billion USD in 2012, with North America possessing the highest expenditure.2 The European market for land border security had an estimated value of 4.5-5.5 billion EUR in 2009, while the aviation and maritime security sectors of Europe have a market value of approximately 1.5-2.5 billion EUR each.3 The scale of the market for border security is expanding in Europe and the world, with total growth expected to exceed 56.52 billion USD for land and maritime borders by 2022.4 Even with the growth in markets for border security, the social effects of such practices and technologies are underexplored, raising a number of political and ethical concerns.

As the industry for border security expands, and EU integration continues, relations between the EU institutions, EU Member States, academia, consultancies, industry, and industrial lobbyists are being forged into policy networks. Security industrial lobbies such as the European Organization for Security (EOS) are expending resources to influence the EU institutions, and large defence corporations may be having an impact on migration politics in ways which we must be critically aware of.

A major political question surrounding the border management industry has been the question of transparency and accountability of democratic institutions tasked with designing security, establishing norms, and executing law. With recent accusations that Airbus has engaged in corrupt dealings in their border surveillance contracts in Romania and Saudi Arabia, we must be attuned to the lack of transparency of industry in their dealings with states and the potential distortions this causes to democratic politics and European integration.

In parallel, a number of questions are raised concerning the accountability of private industry when abuse against migrants is committed. The functions of deterring migration at the border, interning migrants in detention centers, and deporting migrants have each been partially or fully privatized. A number of abuses involving private contractors have been recorded in detention centers (e.g. Yarl’s Wood in the UK) and during deportation (the case of Jimmy Mubenga and G4S).

Militarizing and privatizing EU borders has little effect in deterring migration, but has important consequences for human rights. In an environment of limited transparency and emerging legal norms, it may be difficult to hold abusive actors accountable for abuse. The privatization of migration control means distancing the state from liability for harms and abuse against those subject to control functions. “Lifting the corporate veil,” by creating institutions tasked with monitoring corporations and holding them to account for human rights abuses, may provide us a first step at increasing accountability for harms and abuse.5

Other abuses may occur at the border – such as push-backs and violations of the principle of non-refoulement – which may involve technologies or practices of military defence firms – raising questions about the accountability of private companies who produce technology for border control but may be distant from abuse at the border. Recent missions in the Mediterranean (such as Mare Nostrum or Operation Triton) and ongoing anti-human smuggling operations raise some of these questions.

Militarizing the Prohibition of Migrant Smuggling

In early May 2015 the European Union asked the U.N. Security Council (UNSC) to approve a multi-phase military mission to ‘combat’ migrant smuggling networks in Libya. The so-called EUNAVFOR Med mission is modelled on anti-piracy missions in the Gulf of Aden, which is a strategic error: migrant smugglers are not pirates, and are not organized nor act as such. Both of Libya’s competing governments (the Tripoli-based General National Congress and the Tobruk-based Council of Deputies) are opposed to the EU’s proposal. The Libyan Air Force (controlled by the internationally recognized government in Tobruk) has even warned that EU vessels entering Libyan waters will be targeted by airstrikes.6 Rather than search for protection solutions or peaceful alternatives to migration, the EU is trying to heat things up through aggression.

In mid-June 2015 the EU launched the first phase of EUNAVFOR Med, which involves surveillance and does not need approval from the UNSC, but sets the stage for future combat. The shared costs of EUNAVFOR Med are around 12 million EUR for the first two months and lasting for a 12 month mandate.7 A number of military assets will be used, including five warships, two submarines, three reconnaissance planes, three helicopters, and two drones.8 Militarizing anti-smuggling operations is unprecedented, as most anti-smuggling operations are led by civilian police forces. Actively engaging smugglers with military practices and technologies will have unknown and paradoxical effects which will likely be harmful to migrants and local fishing communities on the Libyan coast, and may escalate into outright conflict with the two Libyan governments.

The EU’s response to increased migration in the Mediterranean has been to prevent migration and attack migrant smugglers with the support of technologies and systems designed by a robust and growing border security industry. However, those displaced by conflict or climate change will continue to be forced to migrate to safer areas, and the militarization of migration control will only serve to exacerbate problems of forced displacement rather than ameliorate them. Rather than investing in new security and surveillance technologies or taking an aggressive, militant stance against migrant smugglers, the EU should devise new legal avenues for migration and create innovations in protection solutions which value human dignity, rights, and sustainability over surveillance, industrialized control, and aggression.

Theodore Baird is a post­doc at VU University Amsterdam. He currently researches issues of border security and surveillance in Europe as part of the project "The Human Costs of Border Control." You can read his current commentaries published at openDemo­cracy here: https://www.opendemocracy.net/author/theodore-baird

5 Gammeltoft-Hansen, T. (2013) “The rise of the private border guard: Accountability and responsibility in the migration control industry,” in T. Gammeltoft-Hansen & N. N. Sorensen (eds.) The Migration Industry and the Commercialization of International Migration, Routledge: Abingdon and New York.