Global Day of Action on Military Spending: report and declaration 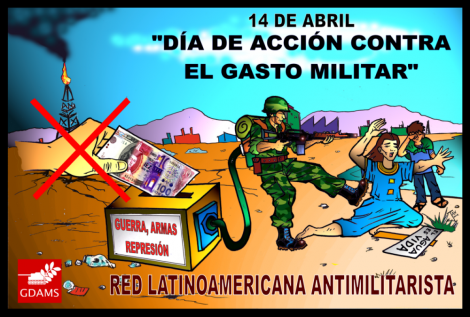 Find below the report of an action against the Las Palmas Naval Base, and see here some photos of the evening action in Athens. 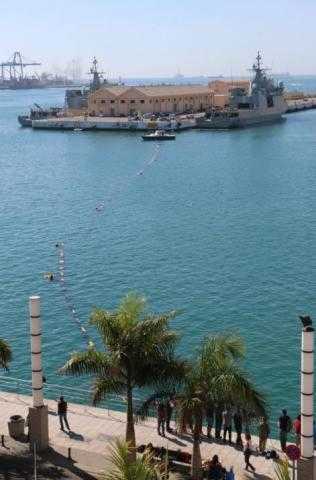 International activist enter water of the Spanish military to denounce military expenditure and infrastructure, pointing out that “War starts from here: let's stop it from here!”

Today, on 14 April, the Global Day of Action on Military Spending (GDAMS), 40 antimilitarist activists from groups coming from Britain, Germany, the United States, and from several Spanish cities and the islands of Tenerife and Gran Canaria, took part in a nonviolent direct action at the Navy Base (Arsenal Militar) of Las Palmas de Gran Canaria. They visualised the global threat posed by military spending with a huge banner marked with yellow marks along which to “cut” definitively military spending and military infrastructures, penetrating military water by 200m. The activists approached a quay where the war ships Tornado and Meteoro of the Spanish navy where moored, in front of which they let two helium balloons of a diameter of 2m rise marked with antimilitarist symbols.

“Las Palmas Navy base forms part of an infrastructure put at the disposition of a policy of military aggression. Spain, France, the European Union, NATO, the United States, etc make use of the Canary islands as aircraft carrier and logistics base to serve the military conflicts in different parts of the world such as Africa, Afghanistan, etc. Their geostrategic interests have nothing to do with human security, and are in themselves a threat”, explains UK peace activist Angie Zelter of Trident Ploughshares, who took part in the action. 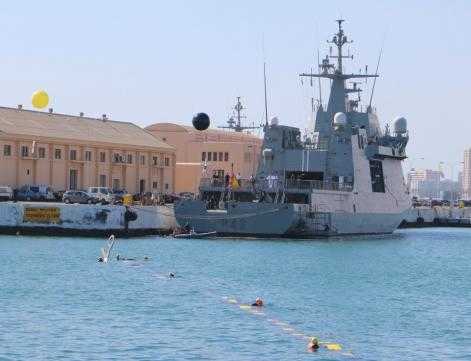 This nonviolent action (organised after the seminar “War starts here. Let's stop it from here!, which took place during the previous week) was organised by the network Alternativa Antimilitarista.MOC as part of their campaign “Recortar lo militar” (Cut the military), which aims to make visible and question the present social remilitarisation and the increased social control necessary to impose on the population a policy of capitalist “adjustments”. While the majority of the population is suffering a worsening of their living conditions, the different governments cut labour and social rights, and social services. At the same time they maintain, if they don't increase it in a covert way, the military apparatus and the one needed for social control with all the expenses this requires. 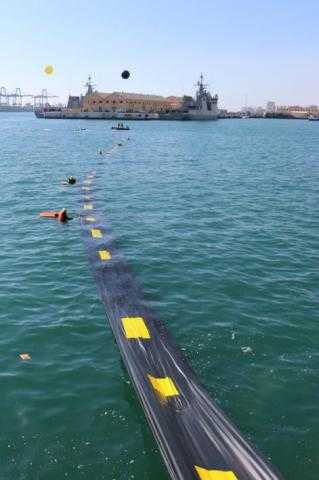 The actions of the Global Day on Military Spending, which during these days take place all over the world, denounce that the present amount of global military spending has increased to 1.75 trillion dollars, according to the Stockholm International Peace Research Institute (SIPRI).

“We denounce these immense and immoral expenditures. We demand that military spending should be reduced to zero, and that the so freed resources should be invested into the people, in their development and in satisfying their basic needs”, says Andreas Speck, a German peace activist. 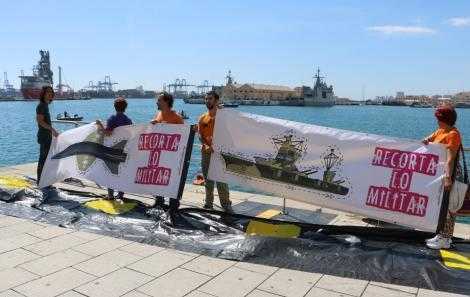