Resisting War and Preparation for War: Taking Back Militarised Spaces 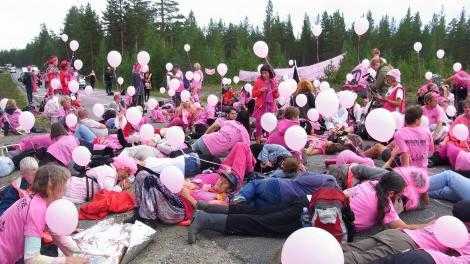 This issue of The Broken Rifle looks at actions against sites such as military bases, weapons production plants and state borders, and the role that they play in the preparation and implementation of war and militarism.

In July 1934, Bart de Ligt proposed to the International Conference of War Resisters' International a Plan of Campaign Against All War and All Preparation of War. The proposal included a long list of actions to undertake against war and preparation of war, divided into two main sections: actions in peace and actions in wartime, with the subdivisions of individual and collective action. More than 50 years later, in 1987, it was a central focus for a WRI seminar - Refusing War Preparations: Non-cooperation and Conscientious Objection. I think it is about time for WRI to update this list.

I am writing as we prepare for an international action in the UK as part of the Action AWE campaign, which focuses on campaigning against Britain's renewal of the Trident nuclear weapon system. As Angie Zelter says in her article, these are crucial times for campaigning against nuclear weapons in the UK as “In 2016 the UK government will finalise the decision to build a new nuclear weapons system to replace the present Trident system”. A disarmament camp will take place at AWE Burghfield which is responsible for the complex final assembly and maintenance of the warheads of nuclear weapons while in service, as well as their decommissioning. This campaign resonates with one of de Ligt's proposed actions:
“On the occasion of parliamentary decision or special governmental measures (such as a vote for the increase and the modernization of war material, manoeuvres, dispatch of military naval forces to a place where a strained situation has arisen, dispatch of military forces to some colony), to prevent such measures from being carried out by demonstrations and strikes.”
Action AWE is primarily about carrying out direct action against the establishments where nuclear weapons are developed and produced.
De Ligt's proposals also include action
“To disorganize as much as possible the great mechanism of war, chiefly by seeking to paralyse transport” and “Wherever it is possible to do so without the risk of endangering human life, arms, munitions and all war materials should be destroyed, etc., etc.” and for the
“Organization of international itinerary peace crusades”.
On 2 September there will be a big blockade of AWE Burghfield with activists from several European countries, building on international cooperation of war resisters.

War resisters have developed over the years a rich and diverse repertoire of actions against war and its preparation. Many of these actions fall under the list proposed by de Ligt, however, as times and warfare change, so does how we carry out our actions. When de Ligt presented his proposal there was nothing like an online petition or social media campaign. As communication was slower, calling for immediate international solidarity actions would reach very few people compared to today. The sophistication of some of today's direct actions would have been unthinkable at the time, and that these actions could be reported and broadcast live as they are happening to the whole world was just science-fiction. These are times of immediateness and overload of information. Nowadays the message you want to convey has to fit within the 140 characters of Twitter, and if you can catch one moment of someone's attention, that's already success. It is time that as war resisters we come up with a 21st Century Campaign Against All War and Preparation of All War.

However, even though warfare is changing (in particular with the robotisation and privatisation of war) the military still depends on some basic pillars that support it. You need people to fight (fewer and fewer though), a war infrastructure (bases, equipment)¸ a war economy (money for war from taxes, private investments, etc.) and a war discourse (war propaganda). As war resisters we try to tackle all of these pillars, but we also know that some are easier or more effective to target. Over the course of the years, carrying out actions at particular places has been a common approach, as it is something tangible you can target. It is likely that if you have a military base, a weapons factory or any other military related place near you, it has seen some form of protest.

As you will read in this issue of The Broken Rifle the impact of places such as military bases, weapons factories, barracks, and also militarised state borders are immense. Not only are these the places from where wars are fought - and an essential part of the them-versus-us war discourse - but also the devastation caused to the areas where they are situated is also immeasurable. Once again in this issue, we look at Diego Garcia, where a whole population was displaced so that the could island be used as a military base, and Okinawa, whose people and their environment have suffered from decades of militarisation. In this issue we also include an article on the so called “war on drugs” in Mexico and the militarisation of the US-Mexico border, where violence has reached unprecedented levels. However, in all of these cases you find people resisting the violence and militarisation and working for peaceful alternatives. 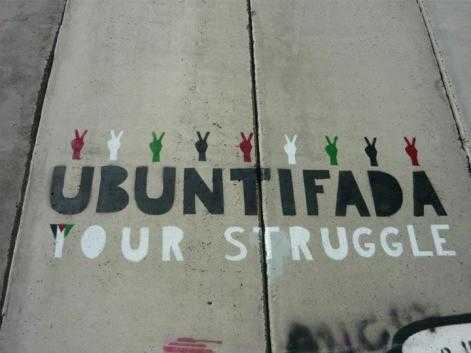 One aspect not properly covered in this newsletter is the one of conversion. It is important that when resisting sites like military bases that there is also a proposed alternative on how these places should be used. There are many examples of old military barracks converted into schools, museums, public houses, etc. If you are ever in Ljubljana, visit Metelkova Autonomous Social Centre - formerly the northern headquarters of the Yugoslav People's Army but, at the initiative of then WRI Council member Marko Hren, taken over 20 years ago and converted into a centre with performance spaces, craft workshops, and studios. With good visual imagination and materials - bright paints, balls of wool or thread - you can easily carry out actions where you can change the meaning of an existing military sites. In 2011 as part of the War Starts Here antimilitarist European campaign, many groups painted tanks and other military equipment in bright pink. Or think of the images on the Israeli Separation Wall (and not just those 'copyrighted' by Banksy).

There are many actions you can do against war and preparation of war. Blockading - as we will do on 2 September - an establishment for nuclear weapons production is just one of them. Let's continue expanding our repertoire and jointly come up with a new plan against all war and all preparation of war.