Mining is one of the most important economic activities in South Africa. With the inequalities that Apartheid perpetuated, the distribution of mineral wealth and the unrest within the labour force have increased. The Mineral and Petroleum Resources Development Act of 2002(1) was an attempt 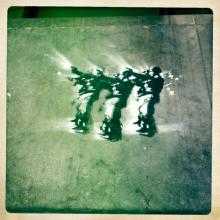 to redress these issues. Misinterpretation of this Act was one of the factors that led to the demand from workers for a living wage of R12 000.(2) To offer an explanation of what happened in August 2012 (including the Marikana Massacre), one must acknowledge that the massacre occurred not just because of a wage dispute but because of many other factors underpinning the worker’s struggle in South Africa. There has been a great increase in mining demands since the Platinum boom in Rustenburg in 1994.(3) This has resulted in a further disparity between mining companies and workers. Whilst mining companies continue to generate copious amounts of wealth, this is at the expense of workers who, through systems of labour brokering, continue to be divided according to Apartheid-generated categories of separation.

In June 2012, workers at Lonmin in Marikana began organising towards a system of collective bargaining, demanding a salary adjustment.(4) By this time, however, Rock Drill Operators (RDOs) from the same mine had already started mobilising towards action outside of the collective bargaining system. These RDOs were not willing to enter into a space for negotiation. Despite this, their employer had decided to begin engagement with these workers, even though it was outside the formal negotiation space. By July 2012, these engagements had begun. Unfortunately, however, this did not solve anything as, at the most crucial point, Lonmin rescinded their offer to negotiate outside the formal space and declared that it would only negotiate with the National Union of Mineworkers. Then, as almost a pre-emptive measure, Lonmin granted a shift allowance to RDOs. This was done outside the collective bargaining system and could be seen as a reflection of the “pressure exerted on it…” (5) Again, despite this, workers demanded substantially more than they were being offered, citing that the amount offered was “inadequate, arbitrary and irrational”(6). In the following weeks, workers developed strong networks and, at a meeting of RDOs in August, sans the NUM, it was decided that a more militant stance would be taken and a march to senior management was to take place on August 9th 2012. Chinguno articulated the proceedings of the march: On 10 August, workers converged again at the same venue for their march to management. The management offices were cordoned off when they arrived. The workers demanded to be addressed by management and were initially promised this by security personnel. However, moments later a NUM representative announced to the agitated crowd that management would only address their demand through NUM as the recognised union. The workers left dejected and resolved to reconvene the following morning to map a way forward.(7) Workers reconvened the following day with a change in strategy: they were going to march to the NUM offices and make the intention clear that they were going to engage directly with their employer, outside of the formal system of collective bargaining. What is important to note is that this march proceeded just like any other march in South Africa, with workers carrying sticks and singing revolutionary songs. The sticks and knobkerries that were carried were symbolic, in the sense that, in African culture, a protest is akin to a war and so people ought to arm themselves. At this juncture of the march, workers were ambushed by NUM officials who fired live ammunition at them, reportedly killing two RDOs. Workers then attempted to retreat and regroup in a nearby stadium, but were denied access by security, who said their gathering was illegal. They retreated to an elevated piece of state-owned land, adjacent to, but not in close proximity to the community in which they lived. This was done for a number of reasons, as a worker explained: We did not want our community affected by the strike. We did not want criminals to take advantage of the strike and attack shops. We did not want the children in the informal settlement to be affected by the police.(8) This was part of the lessons learnt from the Impala strike in which violent looting and attacks on shops occurred. The next day, workers marched back to the NUM offices, this time to demand answers into why their own union attacked them only this time, the workers were armed. This was done as a reaction to the events of the previous day and to further protect themselves against violence that may occur on that day too. Mine security blocked off access to the NUM offices. When workers attempted to force their way through, they were stopped with rubber bullets. Workers fought back and killed two security guards. This action continued the next day, August 13th 2012, when workers rallied to stop production by subcontracted workers, having absorbed members of the community and non-Lonmin workers as well. On their way back to their meeting place (the koppie, another symbolic structure in African culture as a place where problems are solved), they were stopped by police who demanded that they dispose of their weapons. Workers refused, saying that they would only disarm themselves once they have reported back to their leaders. A clash ensued, with police opening fire at the crowd. During this clash, two policemen and two workers were killed.

The Massacre occurred on August 16th 2012. The day before, union leaders attempted to speak to workers, asking them to retreat and go back to work. This was done from behind the guard of a security detail and police vehicles. Workers demanded proof that it was their union leader representing them but were refused. “The refusal by the NUM president to get out of the police vehicle when addressing workers has the symbolic meaning of illustrating the alienation of the NUM from its membership and its subsequent rejection by them.”(9) Avoiding emotive verbosity, different narratives of how the massacre occurred are presented, but all have the same result: police shot and killed 44 striking miners. 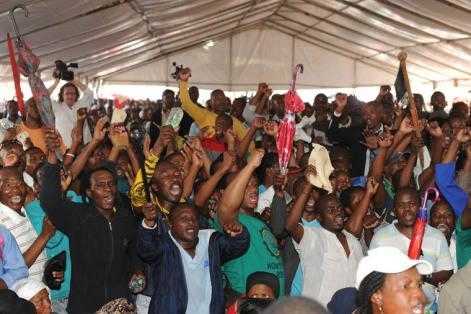 Since the massacre, there have been a number of civil society movements who have rallied together in an attempt to show solidarity with the affected families, as well as demand justice for the killed miners and an end to the oppressive conditions under which miners in South Africa work. Citizens 4 Marikana is one such movement. This movement seeks to act as a link between the public and those present at the Farlam Commission (the commission set up to investigate the events of that week) as well as mobilise funds and support to those affected by the massacre, in particular, making contributions towards legal representation. What is important to note is that the commission was formed at the instruction of the president of South Africa, and was given a mandate by him as a matter of public enquiry. This commission is a public one, allowing for public viewing of hearings in which evidence is presented and accounts of the events of that week given. This speaks, quite broadly to the issue of the inclusion of civil society movements in commissions such as this one. The commission does not include members of civil society, nor does it allow for participation from them. All it does, instead, is allow civil society to peer into its dealings and report to its subsequent constituency. Discussions must be formed around issues of representation on these platforms. Civil society can be said to be accurate representations of people who are deeply affected by societal ills, yet they aren’t given space on platforms that are in a position to affect substantial change. Spivak wrote widely on the fact that in many cases, the sub-altern cannot speak and representation is often misconstrued to sway in favour of the privilege. These cases are no exception. Pearl Pillay Notes 1. Twala.C., “The Marikana Massacre: A Historical Overview of the Labour Unrest in the Mining Sector in South Africa”, in Southern African Peace and Security Studies, Vol1, No.2, p.61. 2. Loc cit. 3. Ibid.p.62 4. Chinguno.C., “Marikana and the Post-Apartheid Workplace Order”, Society, Work and Development Institute Working Paper, April 2013, p.23. 5. Loc cit. 6. Loc cit. 7. Ibid.p.p.23-24. 8. Ibid.p.24. 9. Ibid,p.26.