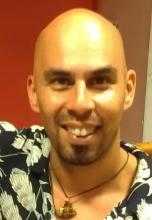 International war in the 21st century is less about conscription, and more about 'smart' technology and highly trained mobile forces. In the past, war resisters tried to make conscription unworkable – and they sometimes succeeded. Now, War Resisters' International carries on the struggle against preparations for war and against changing forms of militarism throughout the world, because one aspect of war has not changed: it continues to indiscriminately wreak death and destruction. Please consider supporting WRI by a regular or a one-time donation. You can also ensure the continuation of our work by leaving a gift in your Will.

No longer able to rely upon a stream of conscripts to make up these highly trained armed forces, the military must present itself as an attractive option for young people. Recruitment publicity increases in scale and sophistication: being in the military is presented as a means to travel, keep a steady job in difficult economic times, and protect your country.

The military’s public visibility generally also increases. This might be through advertising on TV, billboards, magazines and newspapers, through use of public space for military parades and ceremonies – and especially, through the presence of armed forces in schools, colleges and universities. This way, the military creates a culture favourable to recruitment, as well as justifying their activities more generally.

As the head of the UK's army recruitment strategy put it: 'Our new model is about raising awareness, and that takes a ten-year span. It starts with a seven-year-old boy seeing a parachutist at an air show and thinking, “That looks great.” From then on the army is trying to build interest by drip, drip, drip.' (Colonel David Allfrey, New Statesmen, February 2007)

Countering the militarisation of youth

Antimilitarists need to respond to changes in military recruitment: away from conscription, and towards “voluntary” recruitment through militarising society, particularly young people.

A new WRI initiative – Countering the Militarisation of Youth – will challenge this.

Our international study conference in Germany in June 2012 brought together sixty-five participants from four continents to discuss the ways in which young people encounter the military and how these can be challenged. Since then, we've been producing a book based on the themes explored at the conference. We are also creating a multi-lingual website of resources that challenge the military's engagement with young people around the world.

We are supporting individuals and groups to take action: we will to make an upcoming day for Military-Free Education and Research in Germany this June into an international event. WRI is uniquely placed to become the hub that brings together antimilitarist groups working on this issue.

There are inspiring groups raising awareness of the militarisation of youth, and publicly challenging it. Several schools in Germany have declared themselves 'Military Free', denying the Germany Army (“Bundeswehr”) access. Here in the USA, limiting recruiter access to high schools and universities has been one of the main 'battlegrounds' between the military and the counter-recruitment movement.

I want to make sure WRI is able to bring together these streams of activism, and amplify them into the future.

So, I've decided to support this work by leaving some money to WRI in my Will. Could you think about doing the same?

If you are not at this stage in your life of planning for the future, please send a donation to WRI so that you can support the work to counter the militarisation of youth right now.

Oskar Castro
Youth and Militarism Analyst in the USA

Programmes & Projects
Militarisation of Youth From the office