On being an observer 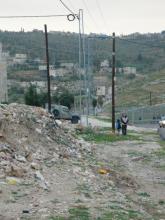 Earlier this year I lived for three months in Bethlehem, in the Occupied Palestinian Territories. I served as part of the Ecumenical Accompanier Programme in Palestine and Israel (EAPPI). Ecumenical Accompaniers (EAs) are human rights observers that seek to monitor and report violations of human rights and international humanitarian law; offer a 'protective presence' (more on this later!); stand in solidarity with vulnerable communities; and do advocacy work. We work to build respect for international law and to end the occupation of Palestinian territories.

I'm going to talk about three types of fear that I experienced as an EA:

1) Physical fear felt by people in close proximity to people with guns
2) Fear that your work will be inhibited
3) Fear that you're not making a difference
and how I dealt with them.

Firstly, there's the fear that comes from being around weapons (it's interesting, though perhaps uncomfortable, to remember that these same weapons make other people feel safe.) This can be a physical fear, felt on the back of your neck, in your stomach, and in a thousand other ways.

I experienced this when providing ‘protection by presence’: occasions when our presence was requested by local Palestinians or Israeli activists, because our visibility as international observers was likely to reduce the risk of violence. Taking photographs, filming, and making notes enhances this protection, because it sends out a message: if you do something wrong, someone is watching you and the world will find out about it. Of course, this isn’t always successful – some soldiers or radical Israeli settlers, living in the West Bank illegally, are immune to international criticism (as, of course, are some militant Palestinian groups) – but we were still invited.

In Bethlehem, we used this presence regularly at military checkpoints, at nonviolent demonstrations against the building of the separation barrier, and on the ‘school run’ – outside a primary school in the Palestinian village of Tuqu’, where the Israeli military visit twice a day as the pupils arrive at and leave school. A powerful memory for me is the image of standing directly in between the children walking into school and the soldiers, as much as an emotional shield as a physical one.

What's worrying is how fear of weapons dissipates with familiarity. In a militarised society, shock at being near machines that can kill people is tiny compared with communities that rarely see them.

This normalisation happened to me. When travelling in Israel itself, I barely notice the prominence of guns. Regular visits from other internationals that were less accustomed to witnessing live violence – seeing the shock in their eyes when I told them about children held at gunpoint in their homes in the middle of the night because the military wanted to access the roof - reminded me that this behaviour is not OK, and helped me regain my own sense of alarm. It might have become common under these circumstances, but it shouldn’t be normal, and it certainly isn’t humane.

Secondly, there's the fear of repression. Israeli soldiers regularly reminded us that they don't much like 'activists' (a sarcastic understatement), and could be extremely verbally aggressive. More aggressive still were the private security guards employed at checkpoints. They ejected us from the checkpoint, threatened us with detention, and temporarily confiscated our passports to do ‘security checks’. Working for an organisation that works throughout the West Bank, I was aware that my interactions with the military could have negative impacts on people working for EAPPI elsewhere or, worse still, on local Palestinians or Israeli activists. This awareness makes one extremely cautious.

On the other hand, some soldiers were courteous and curious. One, Russian-born, told me how bored he got at checkpoints; another told my colleague that he was a pacifist from Tel Aviv, and said how hard he found it doing this job. Such moments were crucial for me, since they reinforced the humanity of the people inside the military institution.

Finally, there’s the fear that you’re not helping. Internationals who offer solidarity are mostly met with open arms by Israeli anti-occupation activists and local Palestinians, but this welcome can become a pressure, as life under occupation - you might call it desperation – raises expectations to an unrealistic level.

Whilst this fear might sound trivial, it's this worry – of letting people down – that has stayed with me. The only time when I don't feel guilt at being able to leave and live a life of freedom in Europe, is when I am telling other people about what is going on, because at these times I feel like I am making a difference.

It’s important to say that I found the solidarity of my fellow EAs, as well as my friends and family back in the UK, invaluable. Of the latter group, most knew nothing about the conflict; a few knew a great deal. Either way, they were interested and happy to listen to me when I needed to talk. Being in contact with people outside the situation can also maintain your sense of perspective; whilst this situation is urgent and compelling, as observers you also have a life and responsibilities back home .

When talking about my fears it's important to remember that I had privileges: a vest displaying my status as an observer, the support of EAPPI staff, and a British passport.
My fears were nothing like those of many Israelis and Palestinians who are affected by the conflict.

In Wadi Rahal, a village with 1000 inhabitants near Bethlehem, everyone is related. There’s a family atmosphere when you walk through the streets. From there you can see the illegal Israeli settlement of Efrat, 50metres from the edge of the village. The proposed route of the 'separation barrier' will separate the villagers from much of their farmland, and will be metres away from the village school.

A few years ago, the young people of Wadi Rahal started a popular resistance committee: every Friday the villagers prayed and protested in the land that was to be taken from them. They were joined by internationals and Israeli peace activists. Anas, a student from Wadi Rahal, was grateful for their support: “I will never forget the Israeli solidarity with us. They came many times to help us, all the way from Tel Aviv”.

Recently, these protests have stopped. Personnel from the Efrat’s private security force told the group that if they didn't cease their activities, everyone from the village with a permit to work in Israel would have these revoked.

Anas doesn’t see this as a failure. He says that this threat is evidence that their campaign had an impact: “Some people say that popular resistance doesn’t make any difference, but I say, why would they come and talk to us if we weren’t making a difference?”. Whilst the Wadi Rahal protests are suspended, people in the village are attending protests in neighbouring villages.

In Sderot, an Israeli town just by the Gaza Strip, I met a Jewish-Israeli lady called Roni. She told me of the alienation she felt from her family when she joined an activist group - with members from Israel and Gaza - who are looking for creative non-violent actions to promote hope in the region. Whilst she shares their sense of panic and dread (her grandson was injured by a rocket fired from Gaza), she said she cannot let them blind her.

These fears - the consequences of losing your work permit, or estrangement from your family – are tangible and debilitating. My life in Bethlehem was nothing like this. However troubled I may have been by things that I witnessed, I tried to keep these fears into perspective, next to the fears faced by people such as the activists of Wadi Rahal, and Roni in Sderot.

So, in response to the fears that I faced when living in the West Bank, I used three tools, which are by no means new, but which were very potent:

These are lessons that I will try to take with me in my future work. 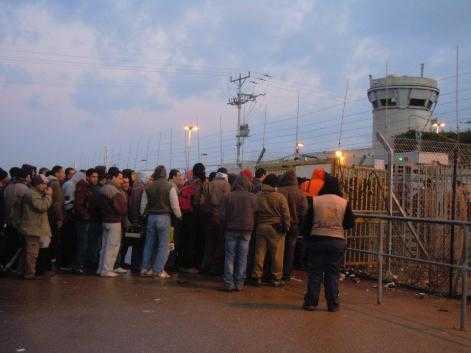