“The CO movement has changed me” 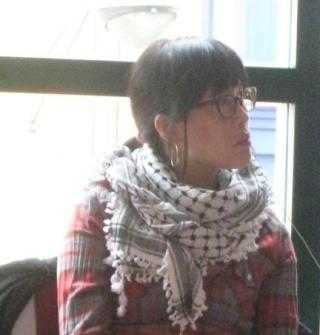 I have an American friend who used to stay in Korea a few years ago. And I remember once he said to me that his family in the USA would often tell him to come back before a war would happen between North and South Korea. After hearing what his family said to him, I realised that people outside Korea thought about a war or a military tension even more than the people living in Korea did. (...)

Yes, we had the Korean War in 1950s, now 58 years ago. I will not explain how catastrophic it was – it was a total disaster as you could imagine about any war. It has divided the Korean peninsula into North and South and there have not been many meaningful approaches to communicate and understand each other since. Rather, there have been severe conflicts and feelings of hatred between the two Koreas, with a lot of propaganda by conservative politicians. It still works in Korea for conservative authorities to arise a fear of war in people’s mind, especially when they want to avoid or hide their own political problems. An ideology that we call ‘red complex’ has been working in Korea to deter any movement from protesting against the government.

I used to write a letter to soldiers in my primary school days, because writing a letter was part of the official curriculum. Can you imagine young children made to write letters to show hospitality to someone who they had never met before? That’s just one episode of what happened in Korea. In that way, many Koreans came to have biased images about North Korea. Here’s another funny story. In the comics I was forced to read as a child, North Koreans were described as pigs, not in human appearance. And I remember when I met North Koreans for the first time, I got really embarrassed because they looked just like me, not like pigs! (...)

The CO movement has some special meaning for me, because it’s been trying to not only make people think about what peace is but also remind people of their lost human sympathy. The CO movement has arisen the people’s memory of shooting human shaped figures in their army, and it’s also been questioning an atmosphere where performing military service is considered natural. In this sense, the movement for the rights of conscientious objection questioned what militarism is and how we ourselves had been tacitly helping militarism keep going. Questioning military and militarism was really sensational to Korean society, because it had been too natural for men to do compulsory military service. (...)

The movement for the recognition of conscientious objectors' human rights in Korea started in the end of 2000. It was strange to realise that there had never been any discussions about conscientious objection, considering the fact that most people who went to the army had seen Jehovah’s Witnesses objecting to taking up arms. At that time, I asked some of my progressive friends if they had seen any people who refused to take up arms while they were performing their military service. The answer was that they did see that kind of people in the army but that they thought of these a very weird persons. I then thought that this is partly due to their bias about this specific religion.

There was a very huge student movement when I was a university student. Quite a few students burned themselves to death as a protest and many other students went out to the street with petrol bombs, shouting slogans for the overthrow of the dictatorial government. Those days, most student activists regarded an army as one of the most important organisations during the period of revolution and they also tried to make soldiers aware of social issues while they were performing their military service. This kind of very militarised students movement has been disappearing but in some ways it still exists. You realise the existence of militarism from some people’s ideas such as considering conscientious objection as a weak or coward way of resistance, or the idea that we need a strong army for the country after the reunification of two Koreas.

With more people deciding to be conscientious objectors, we thought we needed to be more systematic to cope with the people who had some problems when they decided whether or not to object military service. So we decided to produce a guide to help and advise them more efficiently, distributed the book and uploading it on the internet so that people could get information more easily. (...) After seeing the guide, many contacted us to get some more advice. We would tell them to think again about their decision. Normally, we could expect there would be some serious problems between them and their parents who would think it shameful to object to military service. And parents would be worried about their sons’ difficulty in finding jobs after their release. In addition, going through 18 months in prison would never be easy, especially with the poor conditions in Korean prisons. Despite the fact that we approached them very carefully, some people gave up and changed their decision to do military service while getting through their trial and detention. These stories were left a bitter taste for them as well as for us.

Some problems arose, as supporting conscientious objectors was getting more important among our movement. It was about the way we shared the work depending on gender. It was usually women who took the main responsibility for looking after objectors. It was to some extent true that there were more women left than men after the arrests, but it is also true that it was regarded natural of women to take care of objectors – of men. This problem still remains and we have not found any satisfying solution. At the moment, that problem does not seem to be as important as before, as there are less objectors in prison than before.

Before the US occupation of Iraq in 2003, our movement focused on introduction of substitute service. But sometimes this approach limited our own movement. For one thing, conscientious objectors were regarded as poor victims of a state authority in spite of the fact that they were not forced to object to military service but chose to be a minority of their own will. On the other hand, objectors were believed to be a heroes who had opposed directly to a state power. The thing is that both ways of thinking were closely connected with the idea of militarism, which we had been struggling to change. And in this sense, women were easily positioned in a trivial and marginal place. As for me, I remember those days when our movement was just about to receive public attention and I was not given many chances to present my opinions, for example in newspapers or in public debates, just because I am a woman. I was not welcomed as they did not like a woman to talk about the army even though my views were reasonable. That exactly showed and proved what militarism was about in Korea.

In the last presidential election, which was in the last winter (2007), a conservative person persuing neo-liberalism became president of Korea. This new government has withdrawn the policy of introducing a substitute service, which was proposed by the last government. Now many policies suggested by the government remind Koreans of a military dictatorship. People who voted for him last year, obsessed with money and political distrust, have now realised that the election pledges made by the president were not for the people, and they came out to streets to protest.
I’ve never seen such a big crowd on the streets before. I don’t know how people abroad thought of the candlelight rallies that happened in Korea. But, I am sure that in many ways the candlelight rallies have functioned as a school for experiencing democracy. In the candlelight rallies where different groups and arguments coexisted. We were trying to spread the idea of nonviolent direct action and to support any riot policeman if he declared his conscientious objection.

The existence of conscripted policeman shows what nonsense the Korean military system is. (…) At rallies, we were trying to appeal to people to think about how to protect themselves and how to communicate with the policemen, rather than reacting in a violent way to violence from the police. And we distributed our leaflets at the rallies to both riot policemen and people, which said policemen have the right to refuse unjustifiable orders. In the end of July 2008, Lee Gil-jun, who was a conscripted policeman, contacted us during his holiday and told us he did not want to return to his duty. His objection has given rise to hot debates throughout Korean society, because he said he felt guilty when he was ordered to break up candlelight demonstrations. And his declaration has also changed the attitude of many people who opposed the right to conscientious objection and are now in favour of this right.

I think I have changed a lot since I started to be engaged in this movement 8 years ago. I remember when I found it strange to hear the word ‘nonviolence’ coming out of my mouth, because I had experienced the past student movement where a violent encounter with the state was thought to be inevitable. After eight years of working, I now strongly believe in the power of nonviolence, which can not only change certain social systems but also can transform me to be more peaceful. So, now I belief that anybody can change or will change to be more peaceful, just like the way I have changed. I would like to say that this change has inspired me a lot and makes me reflect about myself and our movement. I hope you can get some inspiration from my experience.