“In September 2001, when I demanded that the Serbian authorities recognise my right to CO there were 12 religious COs imprisoned in Serbia. Thanks to the campaign organised by the WRI and other peace groups, not only was I not jailed, but also these 12 imprisoned objectors were released in following months. Once the youth of Serbia lost its fear of being imprisoned for refusing to do military service, the CO movement started to grow rapidly, with more than 50%of the youth opting for CO in 2008. Loss of freedom is never easy, but none of the imprisoned objectors I've met ever said he regretted the decision to say no to the conscription.”

Since its foundation in 1921, the work for prisoners for peace – imprisoned conscientious objectors and peace activists – has been a central part of the work of War Resisters' International. As Igor Seke tells us, this work can be crucial not only for those concerned, but also for a young movement for conscientious objection. The work for prisoners for peace takes many different forms: writing letters to government authorities, organising international solidarity, and mobilising the support of the international human rights system, i.e. the United Nations. 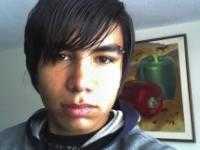 “I was also told that inside this institution one is not obliged to leave his principles aside, but on the other hand, all of them keep on telling me that we “need to maintain our hatred to convert it into a cold, violent and efficient killing machine”. I feel insulted and attacked, I should not be here, I should be assisting my family and studying to be able to do a service that is really necessary to the community, and to give it to those who for the effects of violence and the huge war budget are getting more and more poor and loose all opportunities.”

Presently, War Resisters' International is developing an internet based Conscientious Objection Information System (COBIS), which will go live on 26 November 2008. This system will bring together all our efforts to support conscientious objectors, and integrate them. It will also include a permanent Prisoners for Peace list. This will make our work in support of Prisoners for Peace more visible and more effective.