War is not the answer: resist youth militarisation! A Call to Action

During this, the International Week of Action for Military-Free Education and Research, WRI and other organisations have issued this call to action: War is not the answer: resist youth militarisation! 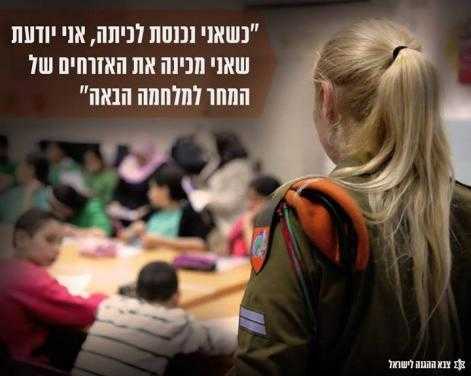 From the moment we are born, children and young people all over the world are exposed to the military and military values around them. They are taught that armed force and violence can solve problems.

We call this the militarisation of youth.

In some countries, this militarisation is visible and obvious: young people (mainly, though not exclusively, young men) are forced to join the military through conscription. This might include forced recruitment, or recruitment of children.

In many more places, even where conscription has been suspended or abolished, governments, arms dealers and other war profiteers have a vested interest in indoctrinating young people to be positive about military actions, so that - now and in the future - they accept war: by taking part in it themselves, by voting for governments that undertake it, by allowing their taxes to be spent waging it. In these contexts, those with power do not conscript young peoples’ bodies, they conscript their minds and their money.

Militarisation of young people includes overt recruitment by the state or non-state forces, so that individuals join armed forces in a seemingly voluntarily way. But it is much more than that. 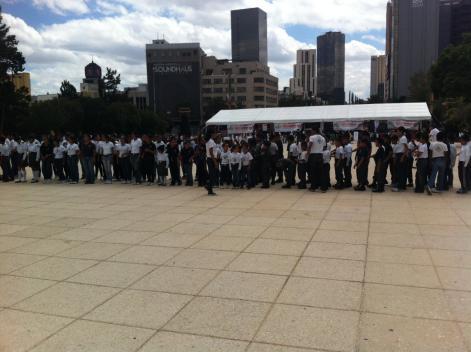 Militarisation is also the presence and influence of the armed forces in education (including compulsory military training in schools), social media, youth groups, public military events such as parades and memorials in the streets. It celebrates the strong, sacrificial masculine warrior, and relies on the idea of an enemy, who our communities (usually identified as women), need protecting from.

Toys and military-themed video games are used by arms companies and military recruiters to entice young people into their career paths. Fashion, and militarised entertainments - 'militainment' – across film, TV and even music play their part in closing down criticism of organised violence.

These various forces lead young people to accept the military as natural, normal, and uncontroversial.

As the head of the British’s army’s recruitment put it,

“Our new model is about raising awareness, and that takes a ten-year span. It starts with a seven-year-old boy seeing a parachutist at an air show and thinking, 'That looks great.' From then the army is trying to build interest by drip, drip, drip."

If we are to ever live in peaceful and just communities, we must break the cycle of teaching war to young people, generation after generation.

Governments know that schools are often open territory for normalising warfare as a way of life and a means to solve problems. This poster from Israel reads ‘When I enter a classroom, I know that I am preparing the citizens of tomorrow for the next war.’

During this, the International Week of Action for Military-Free Education and Research, we call upon young people, their families and carers, teachers, friends and concerned people everywhere to recognise the wrong in allowing young peoples’ minds to be so shaped into believing war is the answer.

We will be resisting and exposing the ways in which the military ‘get at’ young people all over the world.

Will you join us?

If you would like to add your organisations' name, please send it to cmoy[at]wri-irg.org