amar Alon, Atalya Ben Abba and Tamar Ze'evi are facing repeated imprisonment for refusing to serve the Israeli occupation. On 1st December, Mesarvot (a network supporting political refusal and conscientious objectors) called an international a day of action to support them. 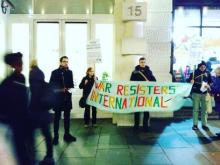 Vigils took place outside arms manufacturing facilities and other locations calling on governments to stop arming the Israeli occupation rather than profiting from it. the day of action highlighted that as young people in Israel are refusing to serve the occupation, we should refuse to profit from it. Because as long as Europe trades with the Israeli weapon industry - the occupation will continue. As long as the US continue to arm Israel and buy its weapons - young Israelis will continue to be imprisoned for refusing to aim these weapons toward civilians. 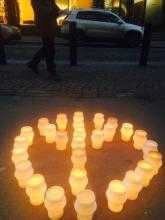 'Tamar and Tamar where visited in prison yesterday and were really excited to see the photos of the different actions. One of the difficulties in refusing military conscription here, is the feeling of isolation and criticism from Israeli society. International solidarity is one of the things that helps to remind the imprisoned refusers of the significance of their stance against the occupation, and encourages them to persist with it.

In organising this campaign, we hoped for the actions to show solidarity with the refusers, as well as be relevant locally. Drawing the lines between local and international forms of direct action against the occupation, in Israel - refusing military service, and internationally - refusing to arm the Israeli occupation' 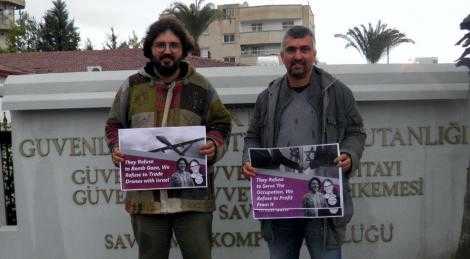 Here are photos of some of the actions that took place. 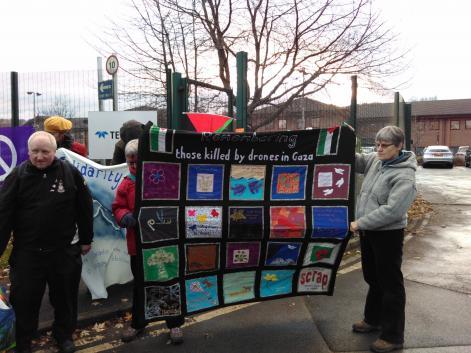 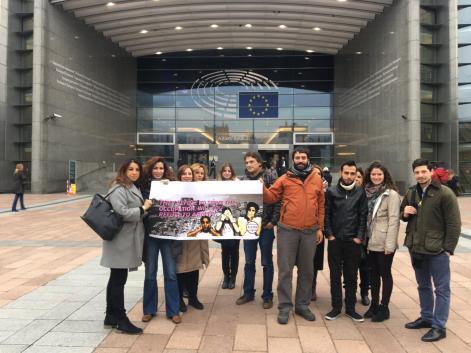 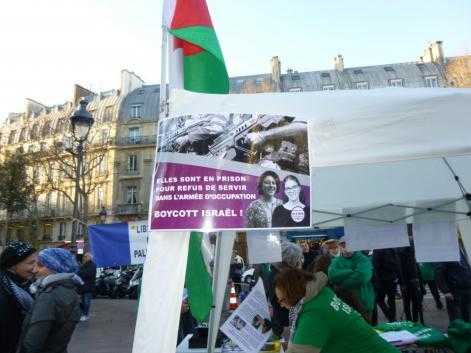 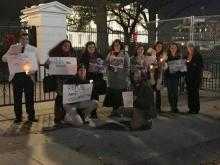