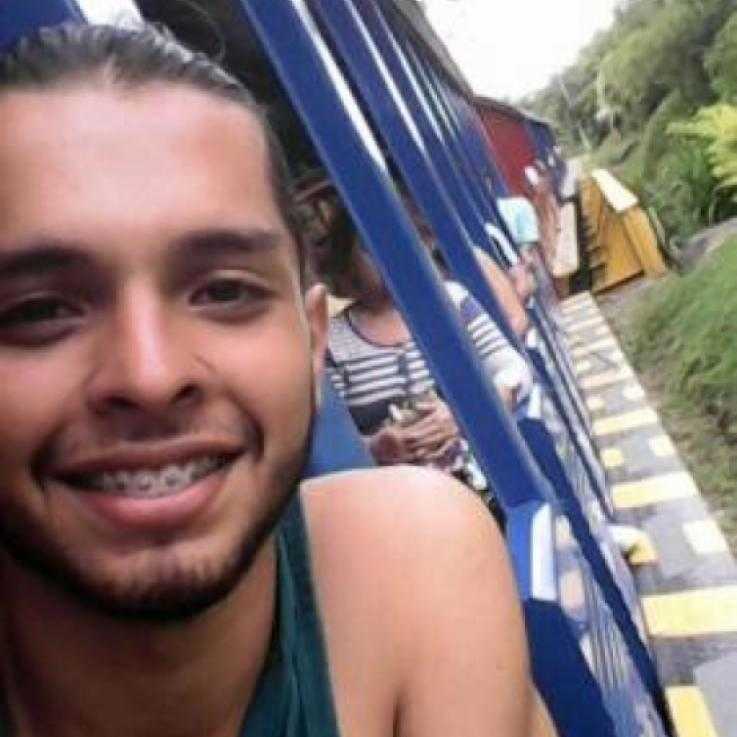 Conscientious Objector Diego Fernando Blanco López from Colombia has been illegally recruited by the Colombian army, despite his right to postpone due to being a student.

A new report from ACOOC addresses recruitment to the military in Colombia, focusing on the phenomenon of arbitrary detention - usually undertaken through batidas (raids). Though batidas are banned, this report shows that, in practice, they are still common.

The report has been produced by the Acción colectiva de objetores y objetoras de conciencia (ACOOC: Conscientious Objectors' Collective Action) based on information collected in conjunction with other organisations and groups in the Proceso Distrital de Objeción de Conciencia.

In January, the Colombian Constitutional Court ruled that the army should release Cristian Andrés Cortés Calderón. Cristian had been recruited last August, whilst he was still in his final year of high school. Students are allowed to postone military service, but Cristian was nonetheless called up. In court, Cristian's father said that Cristian also works at night in a supermarket to financially support his family. The court ordered that he be released from the military within 48 hours.

The Court however also ruled that Cristian would still be liable for conscription when his studies end.

International solidarity and the struggle against militarism in Colombia

Today, Colombia has an historic opportunity to move beyond an armed conflict that has lasted more than 50 years.

I'm part of Acción Colectiva de Objetores y Objetoras de Conciencia (ACOOC: Colombian Collective Action of Conscientious Objectors), and I'm writing to tell you about the progress antimilitarists in Colombia have made — and to ask you to donate to War Resisters' International so that WRI may continue supporting our struggle.

Libreta militar no longer needed to graduate in Colombia

The libreta militar (military card), will no longer be required to graduate from university in Colombia, meaning that those who have not completed military service will now be able to receive their degrees. However, a libreta militar is still required for the enjoyment of many other rights. For example, you still require a libreta militar to work in many jobs. When batidas (forced recruitment raids) occur, it is those without a libreta militar i.e. those who cannot prove that they have completed compulsory military service, including conscientious objectors, who are most at risk. Antimilitarists in Colombia will continue to campaign for the abolition of the libreta, and indeed military service. The campaign: Libre de Libreta (freedom from military cards) that we highlighted in the last War Resisters' Stories continues!

On Thursday 14 August the young conscientious objector, JOSÍAS JOHAN PATIÑO was on his way to work. Around 7 a.m. he was at the Aguacatala station when, under orders from Captain Barrera, members of the national army, Sergeant Peña and auxiliary prison guard Gutierrez from the 6th Division, twenty seventh brigade in the Department of Putumayo, stormed the Aguacatala metro station. They asked for and withheld the identity card of the young man mentioned as a way of coercing him to climb into the truck which the army uses for recruiting young men by force i.e. rather than issuing the appropriate summons to resolve his military situation as law 48 of 1993 states.

WRI: campaigning and networking in Colombia

War Resisters' International have made a submission to the Colombian government, as a law that will regulate the right to conscientious objection makes its way through the Colombia parliament.

The submission will be input to the relevant parliamentary committee through ACOOC (Acción Colectiva de Objetores y Objetoras de Conciencia).

Colombia: legal progress as the reality of daily violence continues

Andreas and Hannah from the Right to Refuse to Kill programme visited Colombia in November 2012 to meet new antimilitarist groups, reconnect with existing contacts, and to plan new ways in which WRI might provide useful forms of international accompaniment. Many of the groups we met are members of ANOOC - Asamblea Nacional de Objetores y Objetoras de Conciencia – a nationwide assembly of groups that work on conscientious objection.