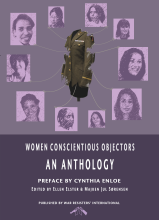 We accept payment by card or Paypal account. If you want to pay by cheque, please contact us.

Shipping costs for multiple products of the same type are recalculated when updating the cart and can be seen before finalising your order.

Can I ship items to multiple destinations? Yes. To ship items within an order to more than one shipping zone, please select the appropriate zone and use the recipient name, address and country fields to tell us where to send this item.

Click below to return to the shop home page