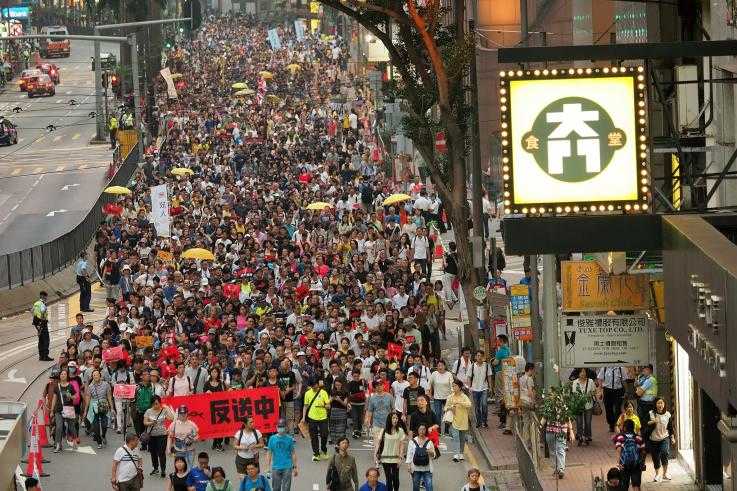 As the showdown between police and protesters in Hong Kong has intensified, officers have used increasing force, deploying an arsenal of crowd-control measures and weapons, including tear gas, pepper spray, rubber bullets, sponge grenades and bean bag rounds.

In a new age of authoritarianism, we need to question the militarisation of the police

It was, at first sight, just an ordinary rush hour scene at Birmingham’s New Street station. Three cops from the British Transport Police ordering flat whites in a cafe, amid a short break on what must have been a busy shift. One was armed with a pistol and kevlared-up, the others were wearing stab vests and bulky tactical clothing. All were equipped with earpieces, tasers, pepper sprays - and all were tense, scanning the busy street intently as they waited for their drinks.

The activist Joshua Wong has called for Germany to stop the export of riot control weapons and equipment to Hong Kong police, as he embarked on a global tour to promote his pro-democracy message.

Hong Kong police were using water cannon manufactured in Germany to suppress the protests against a proposed new extradition bill that flared up on the streets of the city in late March, the prominent activist said. “They [German manufacturers] should not be the supporters of Hong Kong riot police.”

Standards and specifications of arms and ammunitions commonly used by the police during protest dispersal operations state they can cause serious injuries or death when fired at close range or improperly.

Rubber bullets, bean bag rounds and tear gas rounds that are categorised as “low-risk” could also be lethal if fired at people’s heads. At least four reporters have been hit in the head with police projectiles since protests began in June.

Police fired several rounds of teargas at protesters in residential areas of Hong Kong in the third day of mass protests as political unrest in Hong Kong deepens.

Groups of protesters attending an anti-government rally on Sunday defied police orders and fanned out from the sanctioned area in central Hong Kong, streaming west and east, occupying roads and setting up barricades, prompting major roads and shops to close.