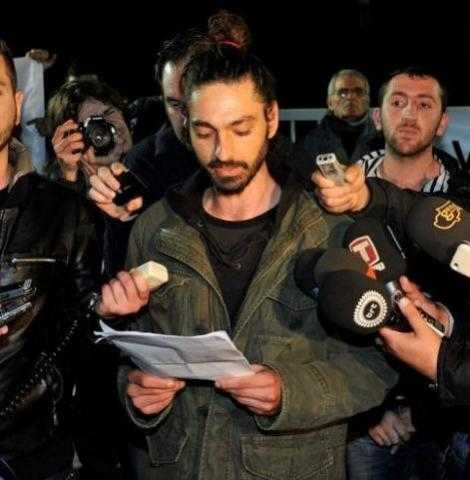 Haluk Selam Tufanli. Please write to demand that Haluk does not face punishment, and that he is not judged by a military court.

Conscientious Objector Haluk Selam Tufanli refused to participate in war preparations (reservist call up) in 2011. A trial was begun against him on 5th November 2013, and has been repeatedly postponed. An announcement of the court's decision will take place on the afternoon of 4th December 2014.

Haluk Selam Tufanlı should not be being tried in a military court at all. A conscientious objector, like any other civilian, should not be tried by the military. This was explicitly ruled by the European Court of Human Rights, as it represents a violation of the right to a fair trial (Article 6 of the European Convention on Human Rights). See Ercep v. Turkey, application no. 43965/04, judgement 22/11/2011 and case of Feti Demirtaş v. Turkey, application no. 5260/07, judgment 17/01/2012, where the principle of not trying a civilian before a military court was extended to the situation of a person who had been incorporated in the military against his/her will. The 2011 the Military Court in Lefkosa withdrew from judging the case of Turkish-Cypriot conscientious objector Murat Kanatli and to refer it to the Constitutional Court, following a request of the defence to deem the military court incompetent to try a civilian.

The Initiative for Conscientious Objection in Cyprus has called upon the international community to express its solidarity with Haluk Selam Tufanlı. A list of Turkey's's embassies abroad can be found here: http://embassy.goabroad.com/embassies-of/turkey

Supporters in Cyprus can show their solidarity by meeting outside the Military Court at 14.00 on Thursday 4th December.