TURKEY: CO Onur Erden denied asylum in Cyprus, detained in a military prison on his return to Turkey 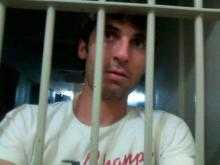 After his demand for political asylum was rejected by the Republic of Cyprus, Turkish conscientious objector Onur Erden was deported back to Istanbul via Jordan on Thursday, July 11th. He was arrested after his appearance in the court and transferred to military prison in Kasimpasa Naval Base in Istanbul. On 17 July, he was transferred to the 2nd Army Corps Command Military Prison in Gelibolu, Çanakkale. He remains in custody.

You can send a protest email here.

Background information
Onur Erden declared his conscientious objection in March 2011. He said that he refused to continue with military service because “I don’t want to be a party to the ongoing war in our country and because of my humanitarian values”.

Previously he served in the military for 3 months in 2006, after which he deserted and was imprisoned several times. During these detentions, Onur says that he was ill-treated.

According to his lawyer, Onur Erden has over nine months left to serve from his first two sentences for desertion. On each occasion, he was released on the condition of presenting himself to his army unit within one day, but did not. He is expected to be tried in a military court in Gelibolu and the remainder of his previous sentences are likely to be added to any new sentence he receives.

Take action
War Resisters' International calls for letters of protest to the Turkish authorities, and Turkish embassies abroad. An email letter to Turkey's Minister of National Defence Ismet Yılmaz can be sent at /node/22076.

A list of Turkey's's embassies abroad can be found here.