Turkish conscientious objector Halil Savda (TK14682), who
had been arrested while attending trial at the Corlu Military Court on
7 December, is to remain in custody, the Military Court decided at a
session on 22 December. 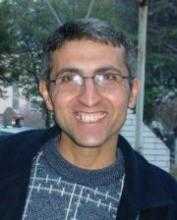 Halil Savda has a complex
story. He spent several years in prison, sentenced on charges of
"supporting an illegal organisation". After serving his sentence, he
was released from prison on 18 November 2004, and was sent handcuffed
from prison to Antep Gendarmerie Station because of his desertion from
military service. On 25 November 2004, he was transferred to "his"
military unit in Corlu-Tekirdag. There he declared that because of the
torture he had to endure in 1993, he cannot serve as a soldier. In a
letter to the Commander he declared himself a conscientious objector,
and demanded that Turkey finally recognises the right to conscientious
objection. He had been released on 28 December 2004, with the trial
still pending. He was given an order to report to his military unit,
but went home instead.

On 4 January 2005, Corlu Military Court sentenced Halil Savda to 3
months and 15 days imprisonment for "persistent disobedience". Halil
Savda appealed against the sentence, and on 25 October 2005 he applied
to the European Court of Human Rights for an interim measure in order
to be protected against being detained and sent to his military unit
against his will.

Halil Savda is spokesman of the Conscientious Objection Platform, which
was formed on 21 October 2006 to work for the legal recognition of the
right to conscientious objection.


Halil Savda was arrested on 7 December 2006, while attending court.
The Corlu Military Court gave as reason why Halil Savda has to remain
in custody that there is a danger that me might go into hiding -
although he did attend court voluntarily. The court set 15 January 2007
as the next date for the trial.


War Resisters' International calls for letters of protest to the
Turkish authorities, and Turkish embassies abroad.


War Resisters' International calls for the immediate release of
Halil Savda and all other imprisoned conscientious objectors.