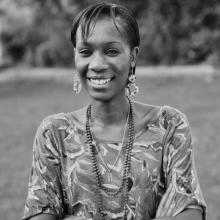 In 1989 I was born, in the Southern province of “the land of a thousand hills”, Rwanda. In 1994 I was forced to abandon my birth land due to the then ongoing conflict in the country, the world now knows as the “Genocide”. Rwanda consists of two main ethnic groups Hutus and Tutsis with the majority of the population being Hutus. In April, chaos erupted as Hutus and Tutsis clashed in the streets and in homes across the country lasting 100 days, with countless bodies in the streets where most killings were done by knives and machetes. Although only five years old, I still remember. I remember death, children crying, houses burning, people running and screaming, I remember my father’s pain and decision to continue moving when he was told that our mother had perished in one of the houses. I remember being on his back and my sister walking beside him on the road to anywhere. We slowly made our way to Kenya, Tanzania, and Swaziland staying a few months at a time and eventually settling in South Africa.

South Africa became my home for over fifteen years. It’s here I met the Religious Society of Friends, commonly known as Quakers. Quakers inspired my teenage years, and without their guidance and support I am not sure I would be the person I am today. They provided me with the 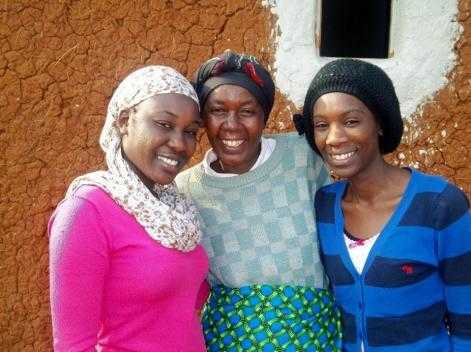 opportunity to learn, to communicate articulately, and above all they encouraged a relationship with my spirituality. It’s only recently that I got to truly understand all that happened with my family during that dark time, as father never talked about it. I’ve been a refugee, stateless, a foreigner and at times left confused but it’s because of all that I have been through I have come to understand the world I want to see. It’s also the reason I feel stimulated to do more so the next generations don’t have to endure the same pain. Being reunited and getting to know my mother after twenty years of believing she had died in the genocide has further encouraged me in continuing my path of peace activism.

For seven years I worked as media monitor for a non-governmental organisation known as The Ceasefire Campaign, a peace movement campaign aiming for a demilitarised society, a non-violent society and a society of peace. In this time, I represented the youth in international conferences such as the world gathering of War Resisters' International, an NGO advocating for demilitarisation. In addition, I was responsible for organising numerous campaigns such as campaign to ban Cluster Bombs, workshops on domestic violence, workshop for the 16 days of activism, talk on the South African Arms Deal saga with Andrew Feinstein, workshop on the global week of action and promotion for a gun free zone at a taxi rank in Johannesburg, through an organisation called Gun Free South Africa. Unfortunately The Ceasefire Campaign has since closed due to low funding with members having to continue with peace education in other capacities.

I have been a member of Johannesburg Quakers for over twelve years as a regular attendee at meetings, uplifting my faith further. I am enthusiastic in the daily work of the Johannesburg meeting and in the past years, I was the office manager at the Central and Southern Africa Yearly Meeting (C&SAYM) and gained a great sense of responsibility and caring for self in my role as Co-Clerk of Young friends. As a Young Friends Co-Clerk for the C&SAYM my work focused on work plan implementation, community project development and, maintaining communication amongst the youth, report writing, workshop facilitation and chairing of meetings. Currently I am actively involved in the Young Adults programs within Quakers with a focus on equality in its most expansive sense as a way to explore the need for justice, the power of Truth and Love, our own growing edges as individuals and as a community, and what it means to create the adored nation here and now. We intend to encourage a daring learning space within which to unpack privilege and power, and to develop greater capacity to challenge and break down the many interconnecting systems of oppression.

In July 2011 I completed my training as an Alternative to Violence Projects (AVP) facilitator – by Phaphama Initiatives, an AVP organisation based in South Africa. I have since been facilitating in basic and advanced workshops for the Johannesburg Religious Society of Friends (Quakers) from 2012 to date. The Alternatives to Violence Project (AVP) is an international volunteer-run conflict transformation programme. Teams of trained AVP facilitators conduct experiential workshops to develop participants' abilities to resolve conflicts without resorting to manipulation, coercion, or violence. Workshops are now offered in communities, businesses, churches, neighbourhood centres, community associations and women's shelters all over the world. 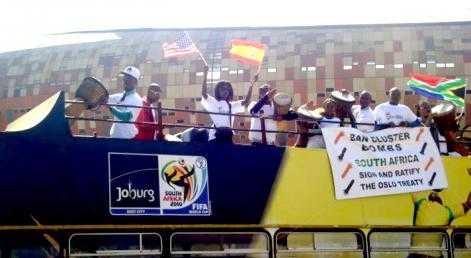 I am working to create a world where everyone’s Human rights are respected, a world where violence is not the everyday news, a world where peace is the consensus. A world where we not separated by our diversity but united in our diverse nature. “No one is born hating another person because of the colour of his skin, or his background, or his religion. People must learn to hate, and if they can learn to hate, they can be taught to love, for love comes more naturally to the human heart than its opposite” by Nelson Mandela. I will be the first to agree with his words for the simple reason of humanity, how is it that it’s so much easier to hate than it is to love, when this two emotions are interlinked? Surely if you can hate it must mean you had loved before.

In 2012 I had the opportunity to travel to Kenya for the Friend World conference (FWCC) where I got to spend time with a diverse group of Quakers from all over the world. The conference themed “Salt and Light” gave me so much comfort and reignited my hope that as diverse as we are, we are not so different. We tend to walk around with feelings of loneliness and emotions of hurt, but it’s during this conference I saw unity I have felt a sense of togetherness among Friends not just talking about Salt and Light but to practice living Salt and Light in this broken world.

We live in the world crippled by prejudice, xenophobia, poverty, environmental and health issues, race, inequality and violence. I work towards building a culture of peace; this is however characterised by people who are committed and able to deal with the inevitable conflicts which arise when using dialogue and committed to building and rebuilding respectful relationships between themselves and others. This is a continuous process as it is not easy to transform a negative situation to one that is positive without some sort of disagreement...peacemaking and peace building is the responsibility of everyone. We have to make sure we maintain peace in society, promoting culture of peace through a ministry of Peace.

I believe that as the future generation it is my responsibility as a young person to change this life for the better through activism, lobbying and volunteering in an environment that shares my vision.