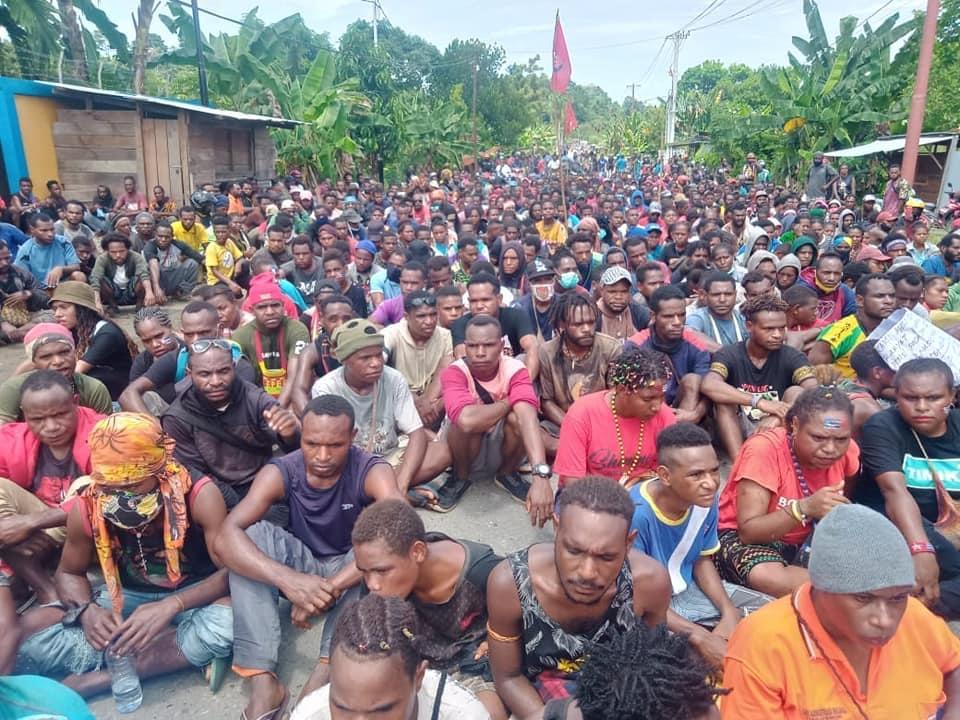 The webinar will focus on contributions from a number of speakers from Indonesia and West Papua, as well as activists researching the international support that Indonesia receives.

This webinar, hosted by War Resisters' International as part of the Make West Papua Safe campaign, will discuss militarised policing in West Papua, resistance to militarism, the network of international corporations and governments who actively train and arm the Indonesian National Police, why they do it, and how you can stand with West Papuans. Tune in to find out more, and become active in the largest growing and most powerful nonviolent resistance movement in Oceania, the liquid continent.

West Papuans are facing a slow-motion, militarised genocide, led by the Indonesian government. But the movement for freedom in this Melanesian nation-in-waiting is irrepressible. It is also overwhelmingly nonviolent.

The movement in West Papua has transitioned from an armed struggle in the rugged mountains and remote jungles of West Papua to a nonviolent uprising in the cities and towns. It is led by young people, backed up by growing organised solidarity from Indonesians, Pacific Islanders, people from all over the African continent, and activists from Australia, New Zealand, Europe and the United States of America.

We need to grow the numbers and groups of solidarity activists and wage smarter and more powerful campaigns because the police are not acting alone. The Indonesian police are armed by a host of countries including Korea who supplies armoured vehicles and tear gas, Germany who supplies weapons and over 20 other countries. The Indonesian National Police are also trained by the Australian, US, English, Canadian and New Zealand Governments and police forces. Over 21,000 Indonesian police have been trained at the Jakarta Centre for Law Enforcement Cooperation since they opened their doors in 2004.