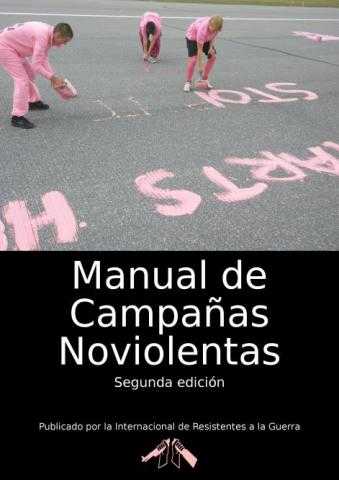 We live in a violent world. We suffer the social and environmental consequences of a capitalist economic system based in irresponsible growth. We suffer the "Ley Mordaza" (a Spanish law increasing repression of protest) and the reform of the Penal Code, the brutal politics related to "foreigners" and borders, the repressive police response to social protests... These forms of violence, within the framework of a society which in addition is hetero-patriarchal and in an open systemic crisis, makes us desire change in the direction of a nonviolent transition. Every Tuesday of January, beginning on 12 January, and also during the workshop on Saturday, 30 January, we put the focus on the violence the system exercises and on the different nonviolent alternatives that exist as a protest or action against inequality and social injustice. PARTICIPATION IS OPEN AND FREE, REGISTRATION REQUIRED USING THE REGISTRATION FORM HERE.

“The violence we internalize”

Collective investigation about the priviliges (conscious and inconscious) that oppress and that exist in the dinamics of power and violence.

Using Forum Theatre we will look at a case of penal mediation, a tool which allows persons who have committed or suffered a crime to meet to decide how to repair the damage done, both, to the persons and to the relations with the broader community.

Social change does not just happen; it is the result of the work of committed people all over the world who struggle for justice and peace. Their work takes place in groups or cells of activists, in debates, trainings, in reflections about previous experiences, planning, experimenting and learning from other people. This handbook is a collection of ideas and experiences which are based on what people have learned using nonviolent methods in a wide range of different contexts.

Facilitation: Andreas Speck, one of the initiators of the first edition of the Handbook, and contributor to the second edition.

Seen from the outside, social change seems chaotic, spontaneous or organic, accompanied by little reason or explanations. But change does not "just happen". In reality, behind many of the experiences of social movements and successful social change are activists with a high level of commitment who put a lot of their energy into planning and organising, into creating power from the grassroots, into analysing how to exercise pressure to achieve the change they want to see.

In this workshop we are going to explore how to design nonviolent strategies and campaigns, making use of a variety of tools and exercises that can help us.

We invite you to bring your lunch to share.