Police on Monday 24 May 2010 pressed fresh charges against two employees of WRI affiliate Gays and Lesbians of Zimbabwe (GALZ), who were arrested last week after the police raided their offices in the capital.

Police on Monday charged Ellen Chademana, who attended the WRI conference in India in January 2010, and Ignatius Muhambi with contravening Section 33 of the Criminal Law (Codification and Reform) Act for allegedly undermining the authority of President Robert Mugabe.

The police allege that Chademana and Muhambi displayed a plaque of former San Francisco Mayor Willie Lewis Brown, Jr in their office in which the African-American denounces President Robert Mugabe’s homophobia against gays and lesbians.

Zimbabwe Lawyers for Human Rights (ZLHR) lawyers Dzimbabwe Chimbga, Tawanda Zhuwarara, David Hofisi, who was assisted by Belinda Chinowawa finally managed to secure access to their clients after initially being denied access on Saturday 22 May 2010.

Chademana and Muhambi were also charged with being in possession of obscene, indecent or prohibited articles in breach of Section 26 (1) (b) of the Censorship and Entertainment Control Act Chapter 10:04.

The two will spend their fourth night in police cells after the police failed to take them to court on Monday. They are now expected to appear in court on Wednesday 26 May 2010 after the Africa Day holiday.

Meanwhile, ZLHR on Monday 24 May 2010 filed a complaint against the conduct of the investigating officers in the GALZ case.

ZLHR accused the investigating officers led by Mr Gomo of deliberately misinforming them about the whereabouts of their clients.

When ZLHR lawyers attended at Harare Central Police Station on Monday morning they were informed by Mr Gomo-that Chademana and Muhambi were in police holding cells and would be brought to where the legal practitioners were in order that their warned and cautioned statements could be recorded in the presence of, and with the assistance of, their legal practitioners. The legal practitioners were however shocked when they later discovered that, whilst they were waiting at the police station with the assurances of the Investigating Officer, their clients had actually been removed from custody and escorted under police guard to the GALZ Milton Park offices for a further unwarranted search of the offices without the lawyers’ knowledge and/or consent. The invasion included the illegal and forced investigation into the two GALZ employees’ personal e-mail accounts, and the forced divulging of their respective passwords by the police officers concerned. The illegal and unilateral action was taken with the full knowledge that the suspects were legally represented and consequently entitled to have their legal practitioners present during all police activities.

Chademana and Muhambi were not given the opportunity to advise their lawyers; nor did the police themselves advise the legal practitioners where their clients were and what they were doing with their clients. The Police deliberately provided misleading information to the lawyers who were attending at Harare Central Police Station when the latter requested to see their clients and discuss their warned and cautioned statements.

In their complaint ZLHR requested the Officer in Charge of the Drug Section at Harare Central Police Station to urgently instruct his subordinates, particularly those dealing with the GALZ matter, that Chademana and Muhambi are constitutionally entitled to have their lawyers of choice present and notified at each and every stage of the Police enquiry.

ZLHR also takes issue with the fact that the Police had initially indicated that their clients were to be arraigned before the Magistrates court on Monday morning only to be deliberately dilatory and miss the 11 o’clock deadline set by the courts. The move seemed calculated and a mischievous attempt to frustrate the GALZ employees’ rights and entitlements at law.

ZLHR requested the police chief to carry out an investigation into the police actions, which are an obstruction of justice and gross abuse of office and procedure.

ZLHR warned that any so-called evidence produced or used as a result of such unlawful and unprocedural actions in the GALZ case will be challenged in any court proceedings.

Also see:
http://www.pinknews.co.uk/2010/05/24/zimbabwean-gay-activists-arrested/
as well as a related Pink News story about COPAC - the Select Committee on revising the Zimbabwean constitution - announcing that it would not propose any mention of gay rights in the constitution and would not discuss this matter any further. 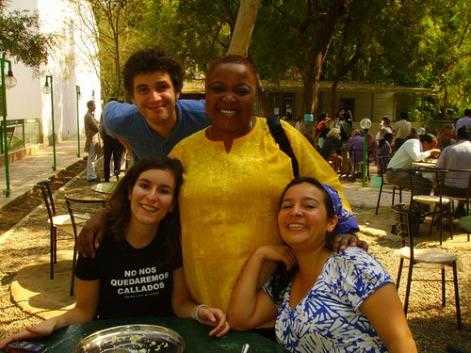 Here are other addresses for protests:

or to the Zimbabwean embassy in your country:
http://www.embassiesabroad.com/embassies-of/Zimbabwe