#COday 2016: actions around the world to celebrate conscientious objection to militarism 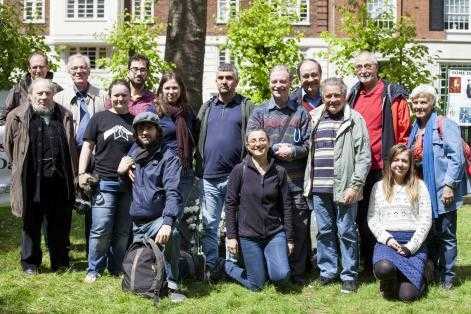 I spent the weekend in the good company of the European Bureau for Conscientious Objection (EBCO), a European umbrella organisation campaigning for the rights of conscientious objectors. In their 30+ year history, EBCO have never before met in Britain. They chose to on this occasionat the invitation of the First World War Peace Forum, a group of British peace groups working to give an alternative, antimiltiarist view of the centenary memorials to the first World War, which in Britain have been an excuse for nationalism and militarism.

1916 saw the introduction of the Military Service Act in Britain, which introducted compulsory military service, and also recognised a right to conscientious objection (CO) to miltiary service. This act had impacts around different parts of the world, and has been used as an argument by various CO movements elsewhere in Europe to pressure their own governments to recognise conscientious objection. EBCO met with representatives of many different peace groups at a public meeting on Saturday evening: a useful time for connection. On the Sunday, we joined over 200 people in Tavistock Square, London, to celebrate International Conscientious Objection day. 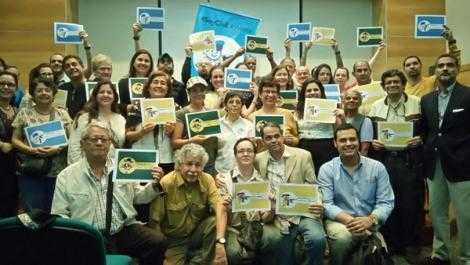 Since 1985, 15th May - International Conscientious Objection day - has been used to celebrate those who have - and those who continue - to resist war, especially by refusing to be part of military structures. This year, actions occurred in Germany, Republic of Korea, Britain, Turkey and Venezuela, amongst other places.


The new #SoyCivilNoMilitar campaign in Venezuela held an event at which 43 new people declared their conscientious objection to militarism! Find out more about the campaign from their magazine.

In Turkey, the Conscientious Objection Association, Vicdani Ret, worked with the Tahir Elçi City Forest Coordination to organisation a seminar and action in Amed (Diyarbikir), called "We Will Not Let Amed Turn Into Garrison Town". Four new conscientious objectors publicly declared their refusal, but the police prevented them from entering Tahir Elci city forest to plant trees as they had intended. Find the report here, and see the video above! 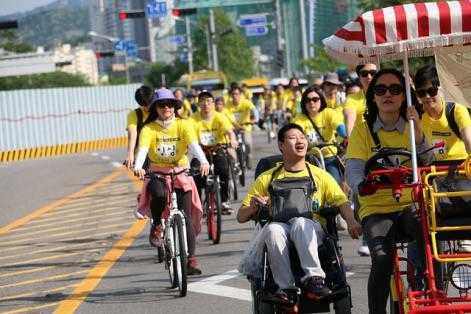 World Without War in Korea led a cycling action to highlight the 700+ Korean young men in prison for refusing military service. 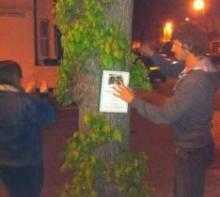 In a neat bit of guerilla street art in London, activists from the Haringey First World War Peace Forum placed info posters on streets where COs lived in the first world war. 350 of 20,000 British conscientious objectors lived in north London.

On 1 December we'll be celebrating Prisoners for Peace day, on which we make known the names and stories of those imprisoned because of their actions for peace. Many are conscientious objectors, in gaol for refusing to join the military. Starting thinking now about how you or your group could get involved!