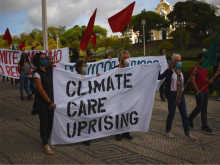 Ecological breakdown and rampaging militarisation are two threats that will come to define this period of history. Never has the world been more heavily armed, and never have we faced the potential of run-away climate change, biodiversity loss, and other forms of ecological breakdown.

In this issue of the Broken Rifle, we are exploring how these two defining problems of our times need to be thought of as intimately linked, and why our movements of peace and ecological justice should work together to respond to these crises.

Highlighting the links between militarism and the climate crisis, Chloé Meulewaeter explains the environmental damage of the very existence of militaries regardless in war or peacetime and discusses our need to bring “the military issue” into the debates on the environmental crisis. In another article, Daniele Taurino from Movimento Nonviolento, explores the term ‘climate disarmament’ emphasising the links between the antimilitarist agenda of disarmament and campaigning for climate justice.

Claire Duncanson and Carol Cohn from WILPF emphasise the gendered impacts of the climate crisis and war, both of which affect women disproportionately, and highlight our need for a feminist approach in countering increasing militarisation and climate crisis.

You will also find a number of articles by grassroots activists focusing on the local and regional cases, informing us about their inspiring campaigns.

Save Sinjajevina Association (SSA) introduces their campaign to stop military trainings taking place in Sinjajevina, Montenegro. SSA highlights the harmful impact of military activities on wildlife as well as the health, culture and the livelihoods of local people in the region.

Jennifer Wickham, a member of the Wet’suwet’en people, explains her community's resistance to the CGL pipeline across their territory in Western Canada. In the interview conducted with WRI staff, Jennifer explains the importance of the land to the Wet'suwet'en people, the different ways they have been resisting the pipeline, and the militarised response from Canada's militarised police units.

In their article Manuela Niño Rodríguez y Daniel Santiago Forero Mendez explains how extractivist industries across Colombia are fueling militarisation, and informs us about local communities’ ongoing resistance to protect their territories. Angela Cuenca Sempertegui, from Colectivo CASA Bolivia, also highlights how extractivism is linked to militarism, this time with a focus on the Bolivian case.

And finally, Andrea(s) Speck explains an international civil initiative to respond to the ongoing climate and ecological crisis: the Glasgow Agreement. Speck describes the Glasgow Agreement as “a 'people’s climate commitment' to take decisive action on greenhouse gas emissions” in the light of inaction by governments worldwide.

We are aware there are so many other issues in relation to militarisation and environmental crisis, and examples of resistance to it, we couldn’t include in this edition. We are hoping this issue of the Broken Rifle is a good start for us to think, discuss and act more on climate and ecological justice as antimilitarists. The ecological crisis and the militarisation of our societies cannot be understood separately, and our movements need to work together to respond to these interlinked crises.

There's no truce for military environmental damage to the planet

In peace times as in war times, environmental damage occurs due to activity and the very existence of armies. 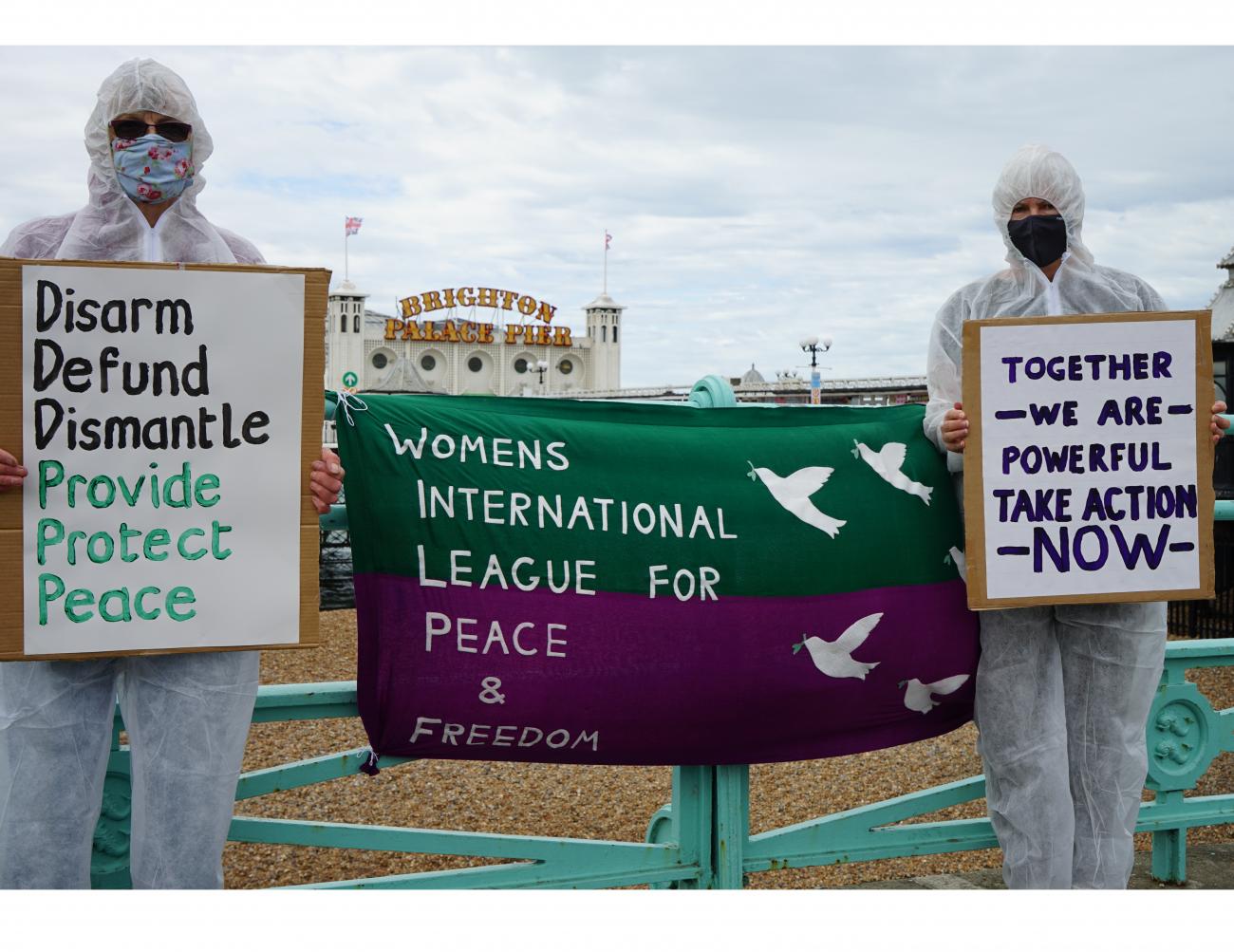 What can a feminist lens bring to our understanding of war and to climate change? And, more importantly perhaps, in what ways can feminism help us respond?

Climate disarmament: how nonviolence can resist the militarisation of the climate crisis

Faced with this "catastrophic convergence", when considering climate change, the “elephant in the room” is the military apparatus with all its institutional and private affiliated corporations... It follows that the fight against climate change happens if no more wars are prepared, and that it cannot be done without coherent disarmament policies based on nonviolence.

Demilitarizing territories of life: an example from Sinjajevina, Montenegro 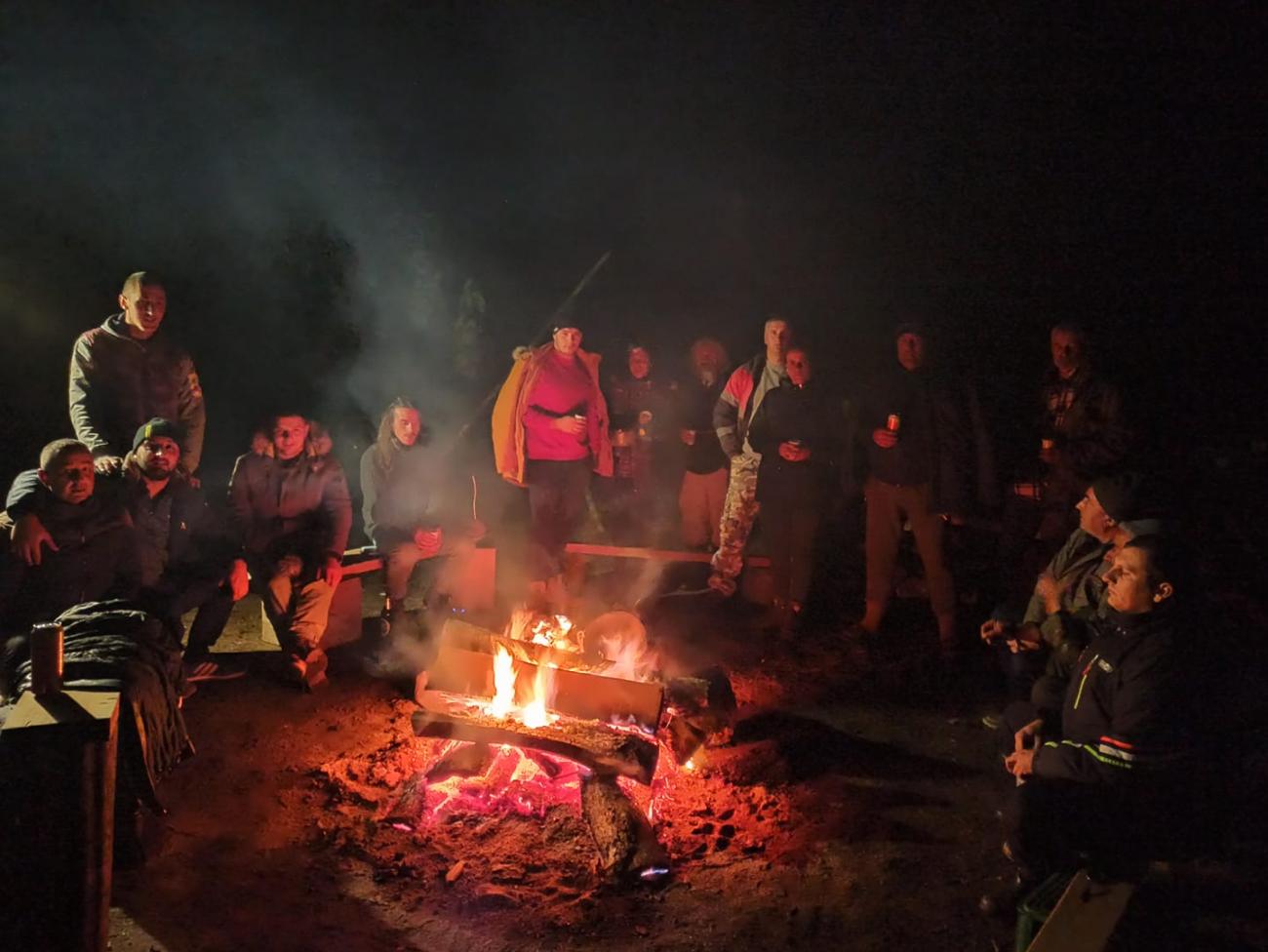 In September 2019 the government in Montenegro passed a decree inaugurating an artillery training ground on the grasslands of the Sinjajevina highlands...

Fuel on the fire: militarization and fossil fuel interests in the Mediterranean 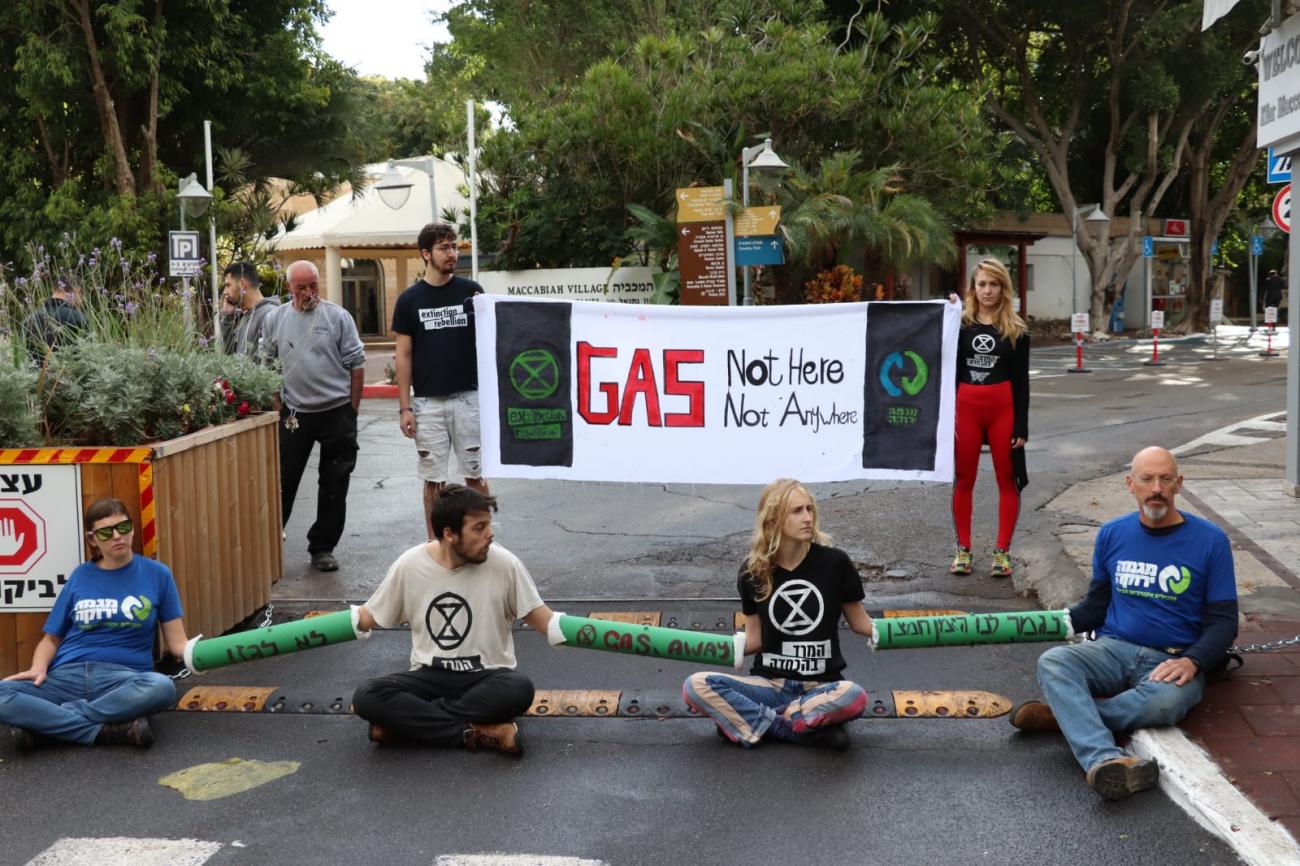 “We knew that this decision has been announced in light of heightened tensions in the Eastern Mediterranean, but we thought it was the right thing and so I made the decision to move forward with it”, told US Secretary of State Mike Pompeo, at a press conference this last September, on the decision to lift the 1987 US arms embargo on Cyprus. 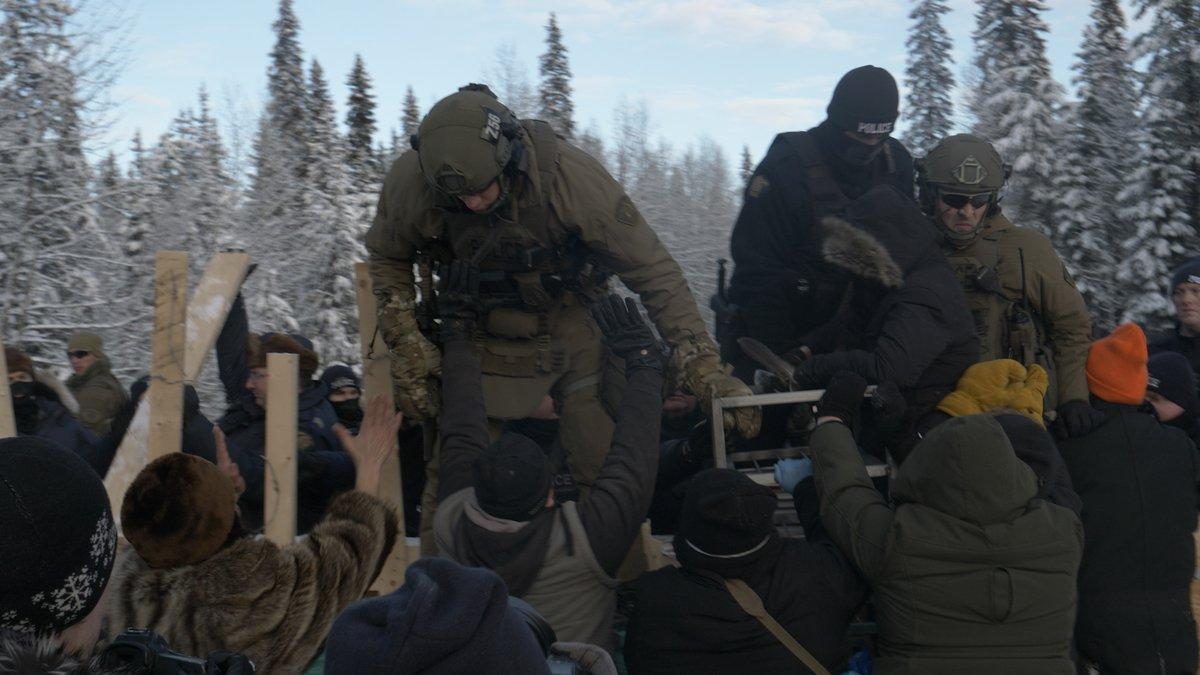 Statement by 64 organisations: Stop Climate Disaster, Keep It In The Ground!

64 organisations from Cyprus, Greece and Turkey published a statement calling for an end to fossil fuel explorations in the Eastern Mediterranean which fuel the militarisation in the region. The statement calls on the actors to take action for climate justice rather than conflicting over fossil fuel reserves. Read the full statement here. 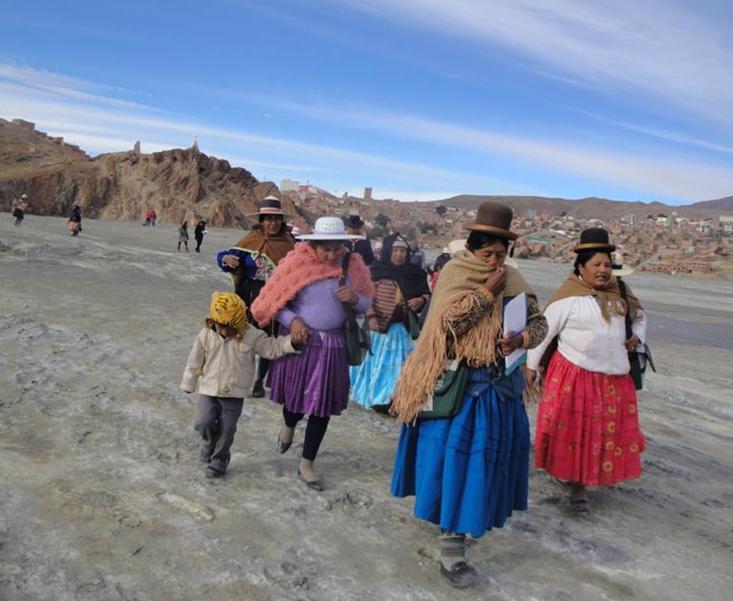 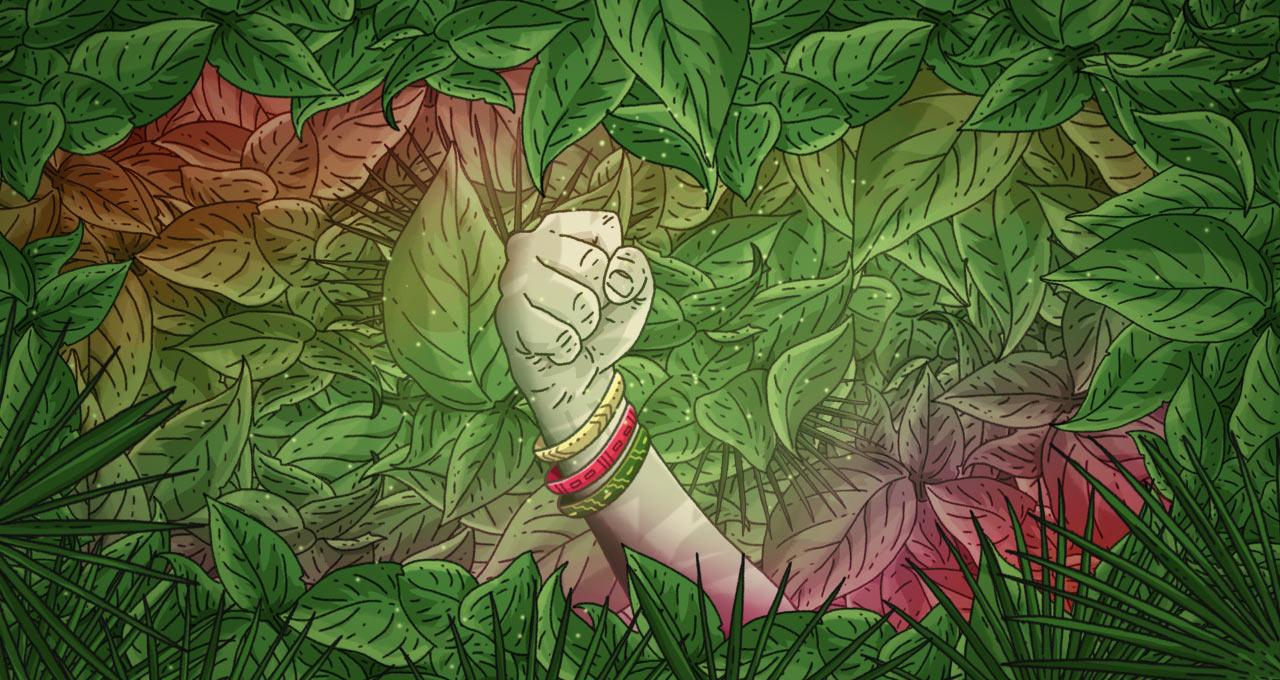 State projects and state actions centred on the commercialization and extractive industries of the territories have been historically consolidated as the preferred scenario for the militarization of these industries. In the face of this, community struggle over access to land and the guarantee of human rights is legitimate. 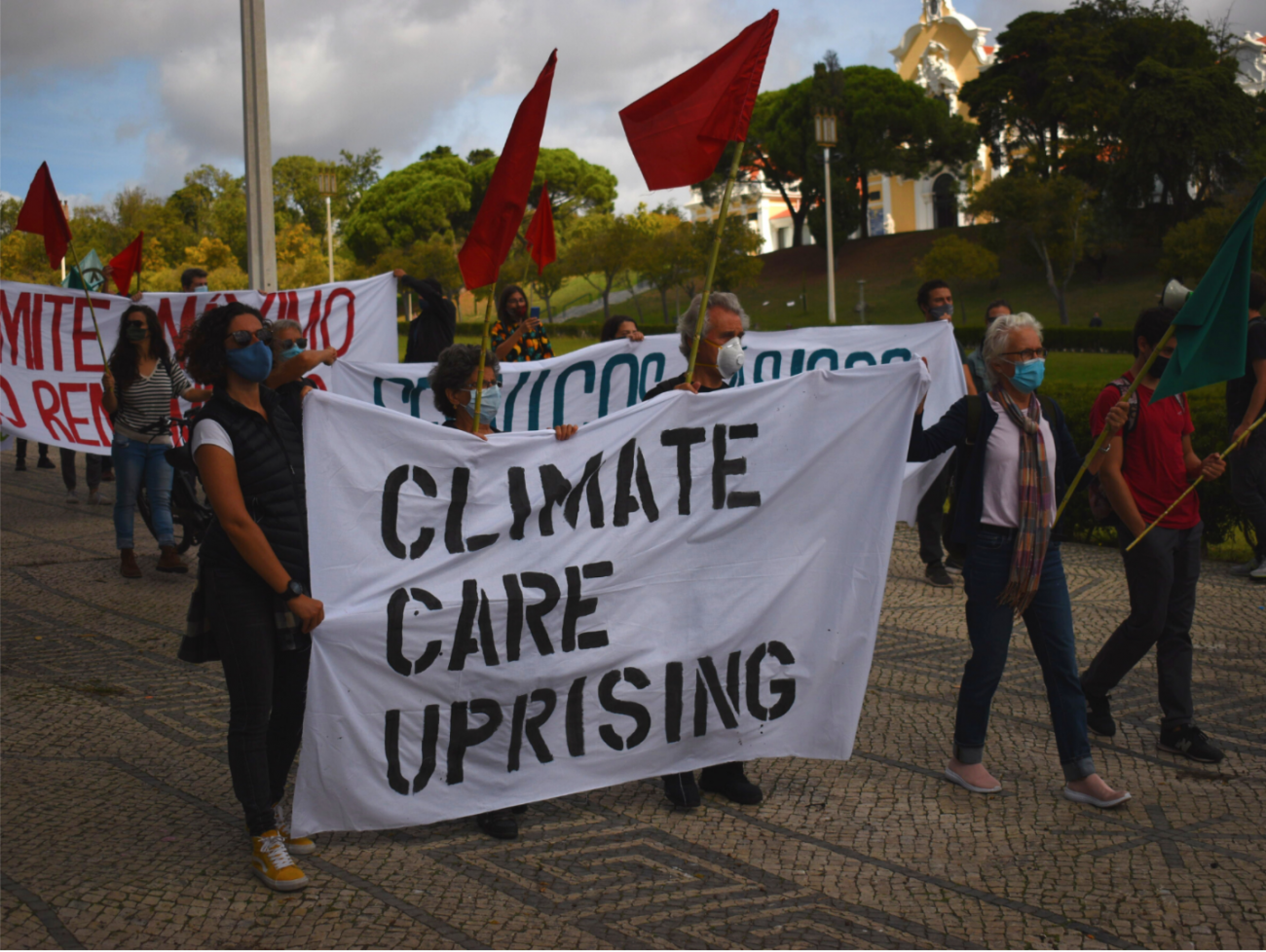 After more than 40 years since the first UN conference on climate change in 1979 — and after more than 25 years of the UN Framework Convention on Climate Change — the world is still far from any serious climate action. Not just another civil society statement on climate change, the Glasgow Agreement is a 'people’s climate commitment' to take decisive action on greenhouse gas emissions.