Thailand: the experience of transwomen in the military

A new 9 minute documentary follows several transwomen in Thailand as they go through the experience of military recruitment. The film also shows the process of conscription, including the drawing of red and black cards to determine whether people go to the army for two years, or not at all. 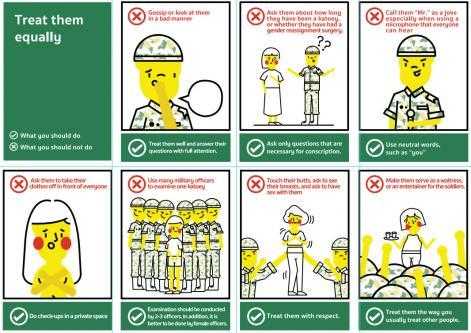 Trans people in Thailand have been regularly mistreated during conscription. The Thai Transgender Alliance for Human Rights has offered guidelines to the military for how to treat transgender draftees. The "When You Meet A Katoey" ('katoey' is a Thai term for a transwomen) manual, recently released in both Thai and English languages, aims to guide military officers on how to properly treat transgender individuals on their conscription day, as abuses have occurred in the past. 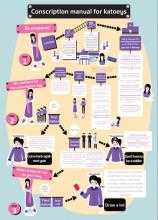 “In some regions, violations of human rights still occur because military officers do not understand katoeys. For example, officers mocked and embarrassed them, asked to see their breasts or if they have had a sex change operation”, said Ronnabhumi Sammakkarom, president of TGA.

At the same time, the Thai Transgender Alliance for Human Rights has also issued a conscription manual for katoeys. See the guide below.

Also from Thailand, the death of conscript soldier Private Songtham Mudmad at Payak Camp following brutal physical attacks that have been described as torture. According to the Cross Cultural Foundation, the past eight years saw 22 high-profile deaths of conscripts and suspects detained in military barracks, from torture and other "mysterious" causes.