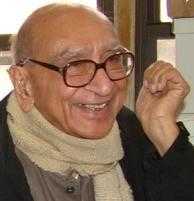 We mourn with sadness the passing of Narayanbhai - teacher, trainer, author, spinner: total revolutionary. We celebrate a long life rich in history though never in funds, Narayan grew up in Gandhi's ashram, the son of Gandhi's personal secretary and biographer, Mahadev Desai. A devotee of Jayaprakash (JP) Narayan's work and call for TOTAL REVOLUTION, Narayanbhai set up the Institute for Total Revolution after JP's passing in 1979. He was a founder of the World Peace Brigades and Peace Brigades International, a chairperson of the War Resisters International, and a leader of India's Shanti Sena (Peace Army) and many other organizations and movements. From 2007 until very recently, he held the post of Chancellor of the Gujarat Vidyapith, the Ahmedabad university founded by Gandhi in 1920.

Narayan was the author of many books, including Towards Total Revolution; Handbook for Satyagrahis; Bliss Was It To Be Young With Gandhi; and the biography of his father: The Fire and the Rose. In 2009, he completed an authoritative four volume biography of Gandhi in both English and Gujurati, My Life is My Message. Prior to and following the publication of those volumes, he toured the world, presenting a five-day Gandhi Katha of teachings and reminiscences.

In a 1991 interview I did with Narayan for the British journal Peace News, this true man of the world spoke of one of his priority strategies for changing the world: "My objective is south-to-south dialogue."