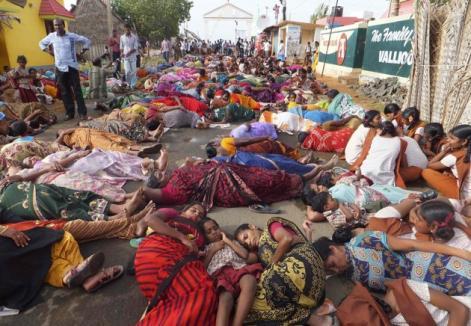 Most current-day economists' guidebooks and blueprints would have us believe that growth trickles down and that is the way to eradicate poverty. Armed with such rationale, various governments fall over each other to attract investment from corporations, regardless of whether they have to re-order policy priorities, change local laws, defray huge public expenditures to provide infrastructure, or hand out massive subsidies to 'foreign investors'. While 'democratic' governments pretend to be accountable to 'people', i.e., common citizens, they unabashedly only serve the interests corporations. The definition of 'extractive industries' would therefore include not just mining corporations but:

It is important to include government laws and policies as an extractive industry for two reasons, viz., the scale of operation, and the role of current-day governments, which is to serve as a pliant tool in the hands of corporations. In India, for instance, there are outlandish laws that not only curb but pro-actively suppress transparency and people's rights. Laws such as a biotechnology law that seeks to provide for a jail term for 'misinformation' about biotechnology, or water/irrigation laws that penalise farmers and cattle grazers for what would seem to be perfectly regular activities, or laws that create special enclaves for corporations that would be outside the jurisdiction of elected bodies, or a nuclear liability law that provides legal escape routes for nuclear suppliers rather than holding them to account are all cases in point. These laws would be used to suppress challenges to corporate machinations whether they are biotechnology firms such as Monsanto, nuclear equipment suppliers such as General Electric, Westinghouse, Areva et al or water supply firms that have got hold of the privatised natural resource.

The writ of corporations now runs not only over their operations but in the corridors of government and over vast swathes of land across the country. We first had 'Special Economic Zones' that were exempt from taxes, labour laws and political / public scrutiny, now we have much larger 'Special Investment Regions', that can be anything between 100 to 1000 sq. km. In Special Economic Zones, corporations can operate unfettered.

'Development', therefore for those at the wrong end of the stick (and they constitute over 80% of the population) means:

The state attempts to quell the resistance of those affected by labelling activists as 'anti-development' or 'anti-national', instituting false cases against activists, trying to destroy their infrastructure, harassing their supporters, or raising the bogey of 'foreign hand working against the country's development' etc. 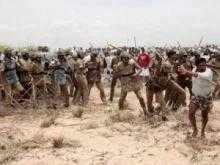 The violence and repression resorted to by the State is not peculiar to any particular ideology or political party, it is the common practice across states (provinces) in India where various different political parties rule.

Violence of the State has the following dimensions:

All this has serious implications for people's lives and society. The flavour of the times is:

The challenges anyone working against State violence and injustice faces are:

However, there is reason for hope even in the midst of this all-enveloping adversity. There are many pockets of resistance across the country. The Adivasis and farmers are fighting to save their land in Odisha State on India's East coast, so are the Adivasis of Jharkhand and Chattisgarh States trying to protect their lives, livelihoods and culture from mining corporations. The fisher people are fighting the huge nuclear plant in the Southern State of Tamil Nadu, the farmers are resisting land acquisition for various industries, dam and tourism projects in the Western states of Maharashtra and Gujarat.

They find place in the media today because of severity of repression, hopefully tomorrow it will be because of their number & spread. Resistance today is local and spontaneous. It is often without established leaders or icons. The Establishment is having to pay lip service to change and there is a push towards a legal framework for freedom of information, transparency, people's voice having to be heard (even if not heeded) etc.And, the State and corporates are often having to pay higher compensation, mitigation of problems caused etc.